China’s vow to strengthen its local economy gets another major boost as the country succeeds in promoting strong sales of homegrown smartphone companies opposite to Apple Inc. The consistency of slow Apple sales in China arrives as a very little surprise. Sure, the nouveau riche and the long-term wealthy use the iPhone as a status symbol, however, the recent reports suggest that a lot of Chinese aren’t prepared for it. Maybe, high prices of iPhones are to be blamed for the sudden downfall. 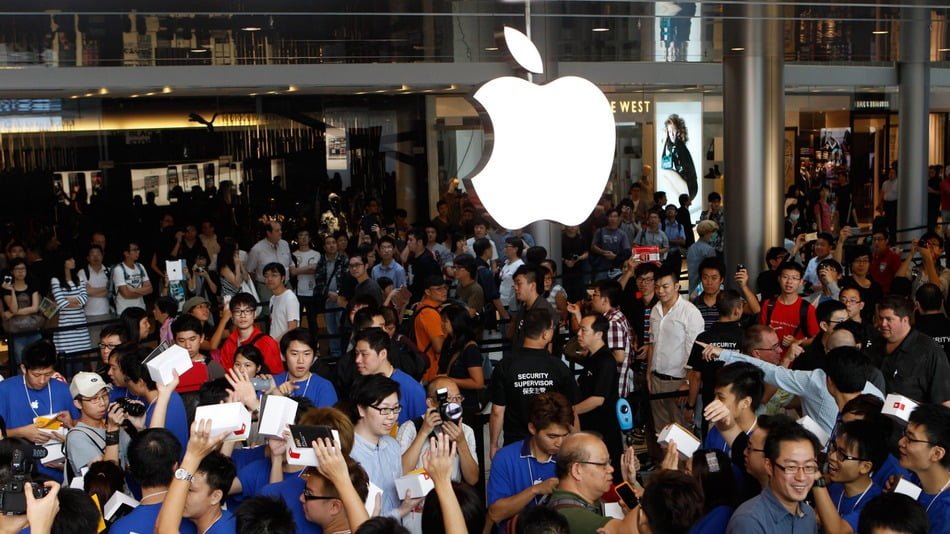 The Chinese consumers are more fascinated towards low-budget smartphones offering more services. The local companies that have taken the smartphone business in China by the storm are names, which a majority of people in Western countries might not have even heard of. The decline in Apple sales has pushed Europe to become the second largest source of a revenue generator for Apple.

Slow Apple Sales in China – Who Is To Be Blamed?

Neither Apple Inc. nor Chinese consumers are to be held fully responsible for the decline in Apple sales. It’s the matter of varying interests, according to the top analysts. Apple continued to rule the nation for more than a decade with its innovative products, but there are certain things that have managed to fascinate customers for a while and then they just disappear with time. The same thing happened to the iOS giant. It managed to impress the Chinese user base with its world-class innovative products until the local manufacturers entered the market with more offerings at much lesser prices.

Apple users in China continue to maintain their loyalty to the company by not switching to local products. Apple manages to withhold the iPhone user base even now. But, the reason for Apple’s worry is fresh user base shifting towards homegrown smartphones. The smartphone adoption rate is growing tremendously, which means every now and then there’s a user buying a new smartphone, especially a millennial. Asian millennials are those groups of individuals who wish to seek high-end services at a low budget. Chinese manufacturers have found the power button to tap into millennials’ market. Companies like Xiaomi, Oppo, and Huawei are offering products that are low in price, yet allow high-tech services like 4G, VR use, etc.

Apart from this, the worldwide economic downturn that has affected currency exchange rates is responsible for slow Apple sales in China. The strength of U.S. dollar in the economy is responsible for the price hike in other countries, especially in China, which has led iPhone sales to tumble in the nation. Companies like Samsung do not get affected by the downturn because they use their local value, i.e. Korean Won while reporting the earnings.

Oppo, a smartphone company from the home ground of China, has emerged out as the best Android smartphone in the market of China with 23 percent market share as of June 2016. Oppo is closely followed by another local manufacturer Huawei that holds 17.4 percent market share. Apart from these two leading Chinese manufacturers, there are others like Vivo and Xiaomi with 12 percent and 6.8 percent market share each. Apple, on the other hand, has shrunk to 9 percent share. The revenue of Apple from greater China, especially the mainland Chinese smartphone economy, is 33 percent, down from the same month last year.

What’s even more interesting is Apple’s downfall and Oppo’s dominance in Chinese smartphone market. Back in 2014, Apple used to hold 9 percent share in China while Oppo hardly managed to hold less than 2 percent. Oppo’s share grew up to 6.1 percent in Chinese markets by June 2015, and now it is enjoying a historically high share at 22.9 percent.

Not every low budget smartphones manufactured by Chinese offer great technology, there are a majority of models who are priced low because they offer slow processors among other core parts. Chinese behemoths like Huawei, Oppo, and Vivo, are on the list too. But, they are a hit among public because they prefer to offer quality impression despite being low-end models.