Apple face ID is already available on the iPhone X and other iPhones. However, it requires users to remove their masks before unlocking their devices. If Apple adds a similar feature to its mobile operating systems, it would mean that anyone wearing a mask would be able to access their phone.

The iPhone’s new update feature shows that the biometrics technology inside Apple’s devices will work even better if the user dons a mask. So far, there is no information about what kinds of masks can be used with Apple face ID. Apple had planned to introduce this new feature alongside the iPhone 11 series. Face ID may soon be able to unlock your phone even if you’re wearing a mask, according to reports.

It appears that the first developer beta of iOS 15.4 features a screen asking if you want to allow the usage of Face ID while masking, at the penalty of diminished safety. However, the option is only available if you have a current gadget. iPhone enthusiasts have been screaming for Apple to include a means to unlock iPhones while wearing Apple face masks as the pandemic continues. 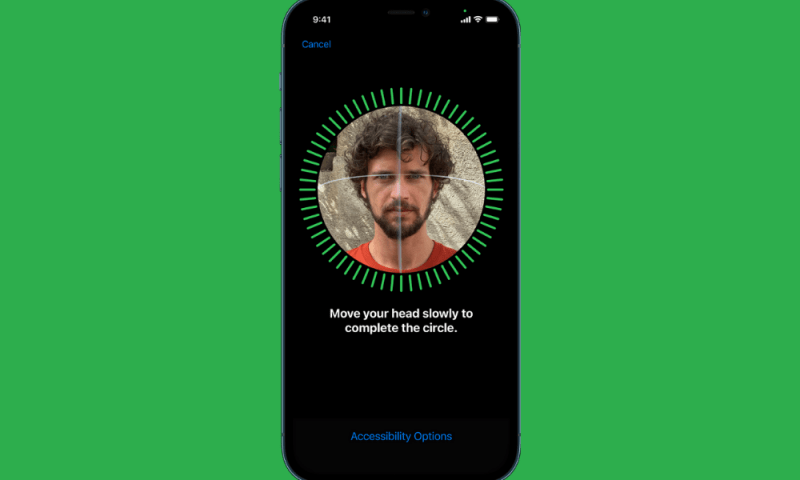 Apple has released several upgrades to assist iOS 13.5 detects the presence of a mask and prompts you for your passcode rather than attempting to validate your face, and iOS 14.5 allows those with Apple Watches to use Face ID while wearing a mask. (As long as your Apple Watch is close enough to the phone, it appears to unlock for anyone wearing a mask.) However, for those without an Apple Watch, a similar feature appears to be in the future, assuming it proves to be secure enough.

How Does The Face ID With Mask Work?

Users will utilize Apple face ID with a mask in iOS 15.4, which will be released in the next months. According to Apple, the TrueDepth system seeks to “recognize the distinctive features around the eye to authenticate” your face. The TrueDepth system, on the other hand, only looks for the mask when unlocking an Apple Watch. The iPhone is immediately unlocked if the system detects the mask and the user wears an Apple Watch.

This is why Apple allows consumers to lock their iPhones with their Apple Watches to prevent unintentional fake authentications. Face ID With Mask Compatibility Customers don’t need an Apple Watch to utilize Face ID with a mask, but there is a catch regarding device compatibility: Apple is only introducing this functionality to iPhone 12 and newer users.

The company didn’t say why, but users of the iPhone X, XR, XS, and 11 won’t use this feature.

The following users can utilize the Apple face ID with a mask with iOS 15.4:

Sadly, individuals who own a 2018 Face ID iPad Pro or M1 iPad Pro that Apple did not update how Face ID works on its tablets in beta 1 of iPadOS 15.4, would imply  no improvements when wearing glasses or a mask.

How To Use Face ID with Mask (With Apple watch)

How To Use Face ID With Mask (Without Apple Watch)

According to Apple, every major upgrade to iOS 15 takes up to six weeks. While the firm does not provide a timeline, and iOS 15.4 includes some new capabilities, it will take some time for all customers to exploit all of the new features. Apple said that Universal Control would be available in the spring of last year. Because this feature is present in iPadOS 15.4 beta 1, Apple has at least a two-month window to release version 15.4, which means that the best way to use the Apple face ID with a mask right now is to access the public beta version of iOS.