Apple has unveiled its second robot that can disassemble iPhones, ‘Daisy’ ahead of Earth Day. The device which is designed to help reduce pollution is coming two years after Apple introduced ‘Liam’ robot for the same purpose.

According to a statement released by Apple on April 17, Daisy can disassemble up to 200 iPhones within an hour, with the ability to remove and sort the components. This allows Apple to recover materials (at high quality) which cannot be recovered using traditional recyclers.

“Created through years of R&D, Daisy incorporates revolutionary technology based on Apple’s learning from Liam, its first disassembly robot launched in 2016,” Apple said in the statement. “Daisy is made from some of Liam’s parts and is capable of disassembling nine versions of iPhone and sorting their high-quality components for recycling.”

Unlike the first robot, Liam introduced by Apple in 2016 which is custom built to disassemble only iPhone 6, Daisy is designed to disassemble most iPhone models, from the iPhone 5s to iPhone 7 plus. 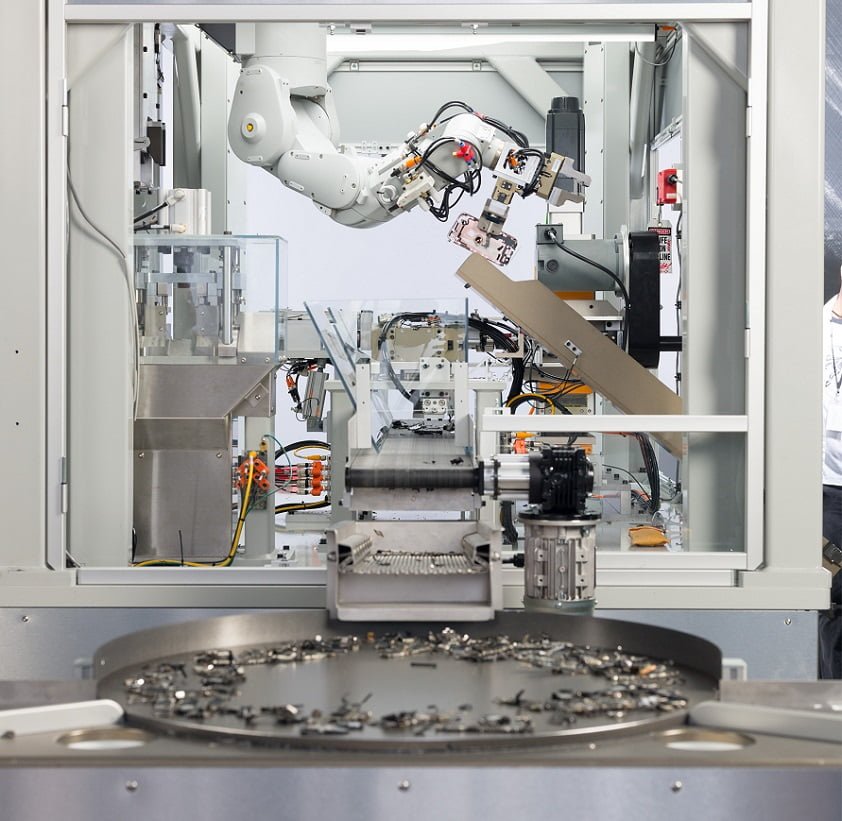 Apple has set up the first Daisy robot in Austin, TX where it’s fully operational. Fox News reports that the second Daisy will be used in the Netherlands. Apple hopes to increase the use of robots in the future and making plans for robot patent.

Daisy can gather iPhone’s speaker, main logic board, rear camera and other parts of the phone with quality materials after taking it apart. The components gathered also include those made using earth materials that are rare which China holds about 95% of its production as at 2015 as reported by CNN. However, Apple recently discovered a vast reserve of the rare-earth elements somewhere in Japan.

Apple’s introduction of Daisy as a means of fighting against pollution is not the only commitment by the company. Apple’s vice president of Environment, Policy and Social Initiatives, Lisa Jackson disclosed other projects the company is working on to cut down pollution significantly. The company also reiterated its commitment to reducing carbon footprint, precious resources conservation and the use of safer materials in production.

Apple recently announced that the company is now powered by 100% clean energy in all of its offices and facilities in 43 countries, including retail stores and data centers.

A “GiveBack” program was also announced during the launch by Apple. The program allows consumers to trade-in their Apple devices at any of their outlets. Apple says for every Apple device traded-in before April 30, it’s making a donation to Conversation International. Every eligible device traded-in will receive credit for future Apple purchase.

“At Apple, we’re constantly working toward smart solutions to address climate change and conserve our planet’s precious resources,” said Jackson. “In recognition of Earth Day, we are making it as simple as possible for our customers to recycle devices and do something good for the planet through Apple GiveBack. We’re also thrilled to introduce Daisy to the world, as she represents what’s possible when innovation and conservation meet.”