It is good news for Apple Watch users as per a new study published by the MDPI (Multidisciplinary Digital Publishing Institute) in the Journal of Personalized Medicine. The study, conducted by the Swedish School of Sport and Health Services and the Stanford University, compared the accuracy of 7 different fitness trackers’; out of which the Apple Watch stood out. It had the lowest error margin while measuring the heart rate. Apple Watch beat Samsung Gear S2, Fitbit Surge, Mio alpha 2, Microsoft Band, Basis Peak, and PulseOn in this study. This results, posted on MacRumors show that Apple has a good reason to boast itself as a company manufacturing accurate health measuring wrist-watches.

The three principle findings of this study, regarding a diverse group of people are- 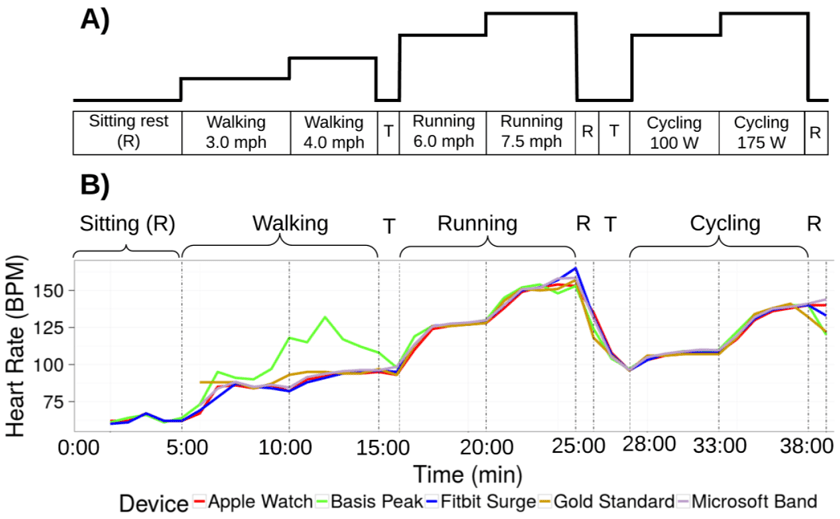 Study protocol. (A) Schematic view of the protocol. (B) Data from one participant wearing four devices. (Image Credits- MDPI)

The researchers, for this study, measured both Energy Expenditure (EE) and Heart Rate (HR) to determine the accuracy of these 7 wrist-watches. The energy expenditure measurement is the amount of calories burned through physical activities. For the study of various fitness watches, a total number of 60 volunteers took part. Out of these 60 people, 31 were females and 29 were males. Each participant wore different fitness trackers, and took to activities like walking, running, and cycling. 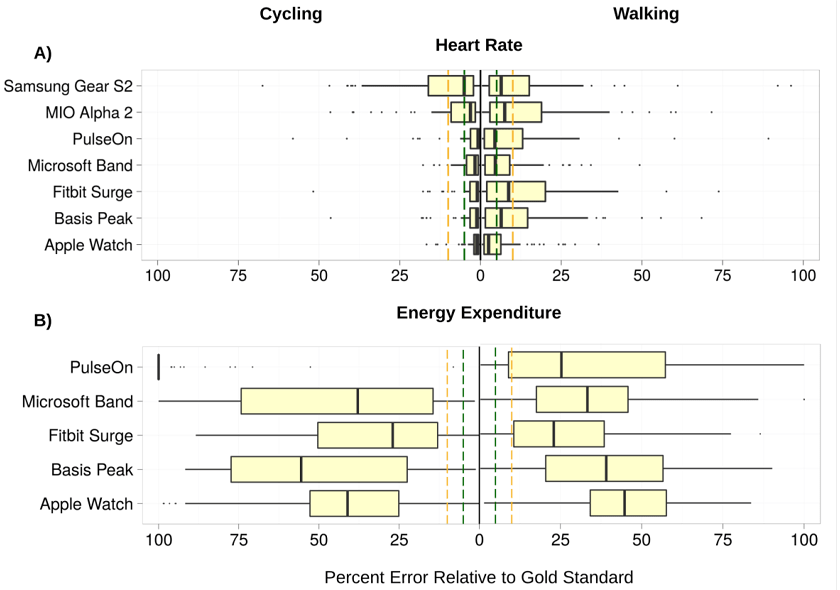 A ‘gold standard’ tracking method was used to compare the data gathered by these fitness trackers. This included an Electrocardiograph (ECG) and Clinical Grade Indirect Calorimetry. The ECG is done for measuring the heart rate; while the Clinical Grade Indirect Calorimetry measures the oxygen (O2) and Carbon-dioxide (CO2) expelled while breathing; for measuring the calories burned.

To determine an acceptable limit, the researchers decided an error rate of five percent. The Apple Watch stood out in the walking test compared to the other six fitness devices. Meanwhile, the Samsung Gear S2 showed the highest median heart rate error across the different activities carried out, at 6.8 percent (4.6 percent to 9 percent). On the other hand; Apple Watch significantly showed the lowest error rate at just 2 percent (1.2 percent to 2.8 percent).

Principal component analysis of device error in (A) HR and (B) EE. (Image Credits- MDPI)

The researchers observed a median error rate at below 5 percent in three of the fitness devices regarding the walking task- the PulseOn at 4.9 percent (1.4 percent to 8.6 percent); the Microsoft Band at 5.6 percent (4.9 percent to 6.3 percent); and the Apple watch at just 2 percent (1.1 percent to 3.9 percent). 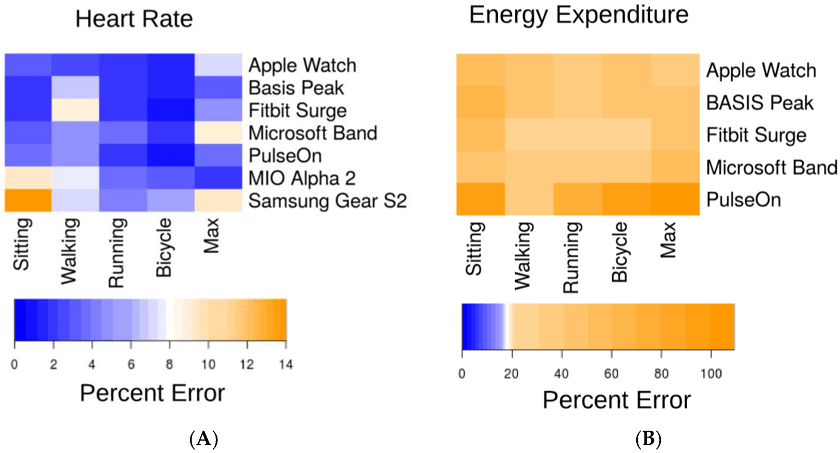 Overall, the researchers found that most of these fitness trackers that underwent this test were able to measure the heart rate at an acceptable error rate; in a lab setting. But the calorie estimates were largely inaccurate, reports MacRumors.

However, when it came to measuring the calories burnt; no device, including the Apple Watch; could manage to determine the amount of calories burnt through various activities at an accurate level. Notably, the median error rates across all these devices and activities ranged from 27.4 percent (for Fitbit Surge) to 92.6 percent (for PulseOn).

Although no device was accurate enough, the Apple Watch did standout at estimating the energy expenditure. 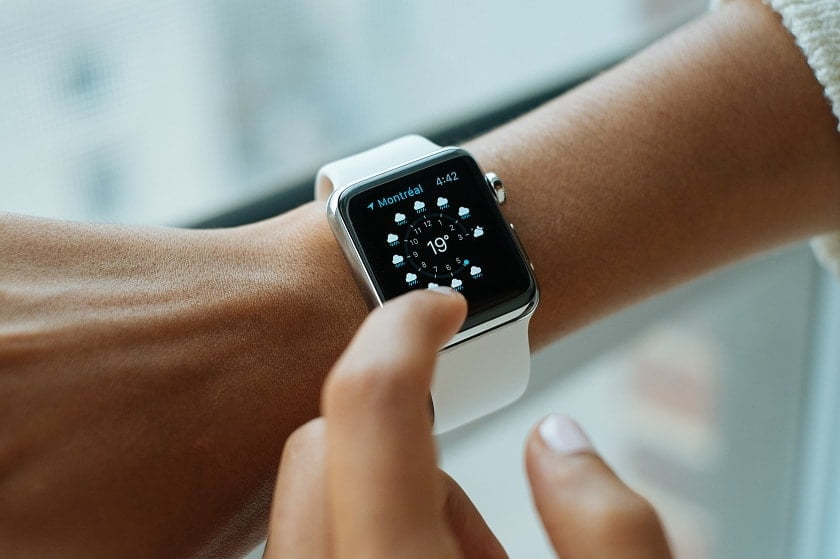