The new-age smartwatch from Apple seems to be simply nothing like before!

The first thing that needs to be highlighted in this Apple Watch Ultra review, is that it’s certainly ‘stuff that dreams are made of’, especially, so far as adventurers are concerned. The recently unveiled Apple Watch Ultra advertisement showed that meticulous care has been taken into its making. An array of new Apple Watch Ultra features, speak volumes about its sheer class, seamless usage and overpowering performance.

In the very beginning of the Apple Watch Ultra preview video, we witness mountain views, where someone is running with determination. The visuals and the adventurous music, give us the idea of some less explored hilly terrain. Very soon, we can spot that the guy is sporting the freshly-minted Apple Watch Ultra. For the uninitiated, most of the adventure sports require a host of informative support and in order to level up one’s game, it must be ensured that there’s a continuous exposure to certain metrics. And to the much exhilaration of athletes across the globe, the key Apple Watch Ultra features make it the best bet by providing all these important metrics. Even for people who are into watersports or diving, the all-new Apple Watch Ultra appears to be a great fit.

Expectations around the next-gen smartwatch from Apple started to skyrocket right after its official unraveling on September 7. When the Apple Watch Ultra release date finally arrived (tech-savvy users marked September 23 on their calendars long ago), a mad rush was seen. Despite the Apple Watch Ultra price appearing a bit hefty with the figures of $799, its global sales managed to sail through, all thanks to the fascinating Apple Watch Ultra features. 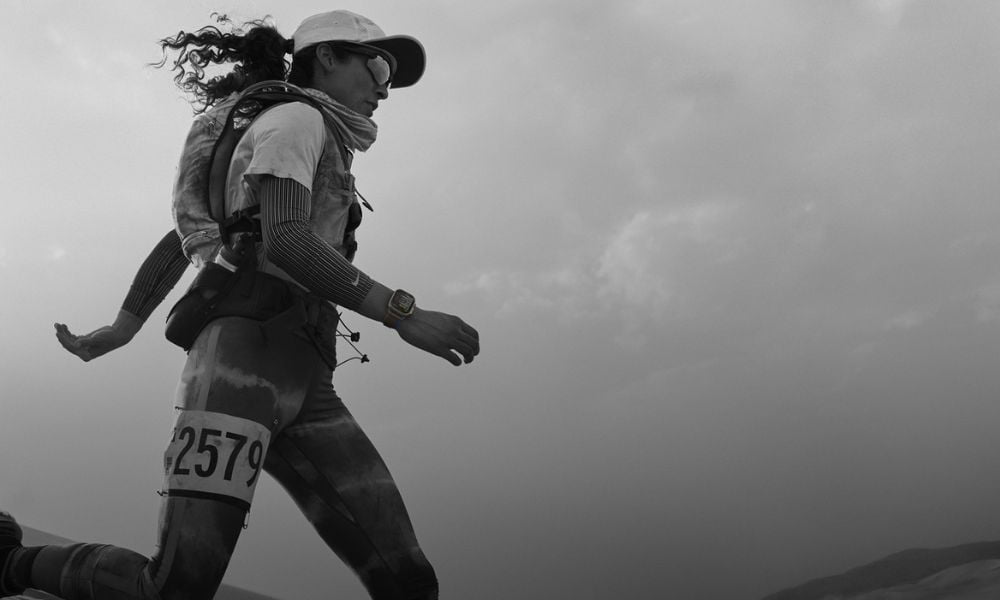 Firstly, the robust titanium case (49 mm) offers it the much-needed sturdiness, which enables it to operate in a hassle-free manner in extreme conditions like low temperature or amidst underwater. This is something which finds mention in many Apple Watch Ultra reviews. The fact that it boasts of the highest water resistance capability (100 m) in an Apple watch ever, has catapulted overwhelming Apple Watch Ultra feedback from users, globally. In addition to all these striking Apple Watch Ultra features, you will be getting IP6X dust resistance, to go tension-free in some of the wildest adventures.

More often than not, adventurers require such tech-companions by their side in remote conditions where one can’t charge devices easily. Keeping this in mind, the top-notch Apple Watch Ultra features allow you to go for up to 36 hours of normal use and up to 60 hours on low power settings after a single charge. However, the latter will be up for grabs shortly. Depending upon your specific requirement, you can choose from Alpine Loop, Trail Loop and Ocean Band. This time, Apple has designed a marvelous display, which is bigger and brighter than ever, alongside housing a special Night Mode.

Among all the Apple Watch Ultra features, Action Button stands on a different pedestal altogether, allowing you to explore endless customization options. The rare opportunity to have a precision dual-frequency GPS, reimagined compass, EN13319 certification as a qualified at par diving accessory, full-featured dive computer and a host of powerful health features – all in a single smart device, is undoubtedly an absolute rarity.

The last but not the least important aspect which is worth mentioning in this Apple Watch Ultra review, is obviously the SOS features – Crash Detection, Fall Detection, Emergency SOS and something unheard of till date in a smartwatch, a siren which can be heard from as distant as 600 ft.

If you are curious about the Apple Watch Ultra availability, it has started to get delivered around the world and can be ordered easily from the official site of Apple.