The market dynamics for Apple started changing post-2018 Q3 earnings call on July 31. It declared the result as the best June quarter than ever. The company’s stock price started rising subsequently, resulting in 2.92 percent gain during the trading hours and closing at $207.39 in New York on Thursday.

Coupled with a lately adjusted outstanding share figure of 4,829,926,000 shares, Apple achieved the trillion dollar milestone earlier than projected, cites CNBC. Though, the innovation giant is not the first company to achieve the feat.

PetroChina Co. enjoyed this position for a brief time on Shanghai Stock Exchange in 2007, before it fell flat as oil prices plunged during the financial crisis. Not to mention it wasn’t a wholly public company.

The strong rumors about Apple achieving the first $1 trillion public company honor started earlier in May this year, after the announcement of cheerful 2018 Q2 earnings call.

The analysts had previously projected $203.45 share price to propel Apple faster towards the trillion dollar milestone.

However, now Wall Street anticipates Apple shares to go more upwards of up to $225. Behaving more bullish, Brian White of Monness, Crespi, Hardt& Co., has a target of $275 per share, reports CNN Money.

Such high share prices would place the Cupertino giant value at $1.3 trillion. Currently, Apple stock is trading at $207.93 in the extended trading hours. 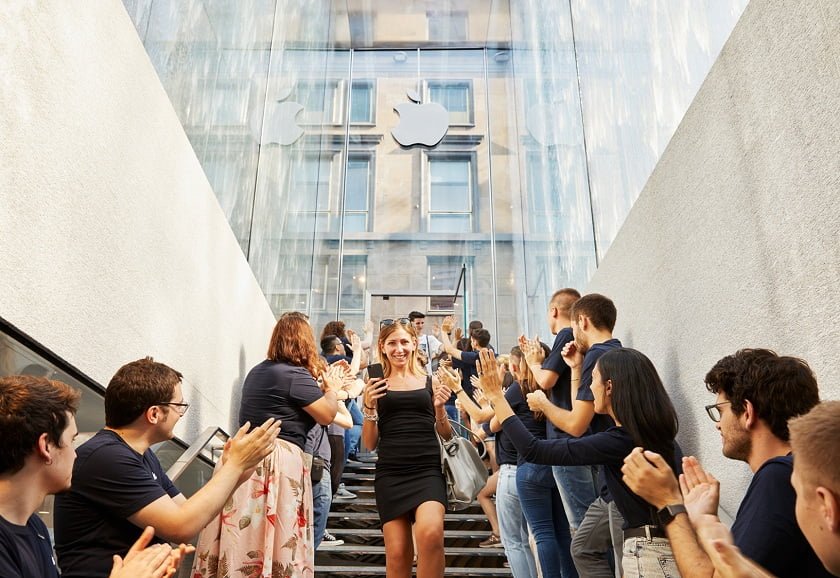 Apple co-founder Jobs envisioned breakthrough hardware and software architecture where the Apple users never have to leave the company’s ecosystem.

Pulling off his vision, Apple has revolutionized the personal computing industry with a strong portfolio comprising iPhone, iPad, iMac, and iPod, together with the advanced and secured operation systems – iOS and MacOS.

CEO Tim Cook Thursday mailed a memo to over 120,000 Apple staff members, referring the trillion dollar market capitalization as a historic milestone but cautioned them that the feat wasn’t the “most important measure” of the company’s success, according to Reuters.

Cook mentioned in the memo, “Financial returns are simply the result of Apple’s innovation, putting our products and customers first, and always staying true to our values.”

“Just as Steve always did in moments like this, we should all look forward to Apple’s bright future and the great work we’ll do together,” he added.

The e-commerce giant Amazon is presently worth $879 billion and is rapidly nearing the $1 trillion dollar company mark. It reported $2.5 billion in profits in the second quarter in 2018, 1200 percent up from a year-ago period, followed by a highly successful Prime day in July.