“It is details like these we worked hard to get right—these little things that make the whole experience easier and more seamless,” said Clay Bavor.

Bavor is Google’s VP for virtual reality, and he was discussing the company’s new VR headset. Hours before he stepped on the stage, a large number of Google executives had already spunned similar lines as they announced Google Pixel, Google’s first-ever Android phone. The entire product launch of Google Pixel sounded like a Google Apple mashup. Google Pixel is built on Google’s collective strength, i.e. two decades of search – engine prominence, and at the same time it has hardware capabilities better than Apple’s.

In 2010, when Google released its first flagship smartphone, the Nexus, Apple was at that point on its fourth-generation iPhone. Google didn’t make Nexus phones itself – throughout the years, they were manufactured by HTC, Samsung, and LG. However, they were the most ideal way to experience Android as Google planned it to be used. 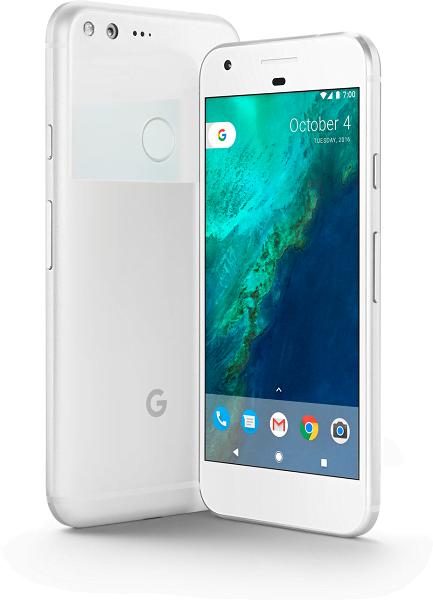 Unless Google includes a genie into their new Pixel smartphone, no one is truly going to care. After all, Apple won this smartphone war a long time ago. But Google knows the future better than anybody else in the world. And, it knows that in a few years, it’s going to be the undisputed king of Android smartphones.

Google is taking complete ownership for software and hardware on the phone. They basically replicated Apple’s mojo when it comes to smartphone design. Mind you, this war isn’t over who designs the best smartphone.

Apple may have had a head start when it comes to the design part. By swiping through the generation of its smartphones and carefully planning the product that keeps running on them, it could tailor the user experience more precisely than Google.

Google, then again, is more than just ‘Google’. Between gmail, calendars, maps, chat, and recent offerings like Google Photos, most Apple aficionados spent and still spend a lot of their time on iPhones using Google’s products.

At first glance, the Pixel seems like it is competing with the iPhone. Google says the phone’s camera is rated higher than the one in iPhone 7, and that a 15-minute charge can restore seven hours of battery life.

If the Pixel’s hardware measures up, its product offerings could make it the first smartphone positioned against iPhone to knock it off its throne. It is bundled with full-resolution backups for photos and 4K video, which equals to more disk space, and also integrates with Google Assistant, Google’s first-ever personal assistant.

The assistant can extract requests from conversational questions, and follow up by requesting more information. It appears to be significantly more valuable than Siri, yet at the same time nowhere close.

Google over and again emphasized another value that separates it from Apple, ‘personalization’. Google has a humungous database of information about its clients, and it’s not afraid to use it. Search patterns, emails, voice queries, location history, and texts. With access to this information, Google Assistant can out together a pretty good picture of what the user is going to want to need.

The convenience Google can offer may exceed the privacy concerns. Google isn’t hesitant to gather up more data about its users, since it supposes the users will overlook the privacy factor as convenience and benefits. Probably the most powerful things its Assistant can do—like proactively telling you should leave sooner than usual for your meeting across the town, or may be, take another route to avoid an accident, etc.

It can gather real-time traffic data from thousands of other Google Maps users to make every life convenient for you. Regardless of the possibility that the Pixel is a better and capable smartphone, and Google’s services attract buyers willing to pay hundreds of dollars for a high-end smartphone, Google’s still a long way to go.

Recently, the Play Store overtook the iOS App Store in the number of apps it hosts, and the number of developers it attracts. It’s still losing when it comes to quality offerings. But it seems, though, that Google is getting more serious about beating Apple. When app developers feel they’re being left behind if they don’t support Android, they’ll start flooding the Play Store ecosystem with better apps.

The Future of Mobile

So what exactly is Google trying to achieve? With the introduction of the new hardware, it will provide enough value to its users to achieve their primary business goals.

Google is, has been, and will always be a search engine. This is where it generates most of its revenue. The comprehensive business model of using personalized data in order to offer relevant ads to its audience is not going to change in anytime soon.

So how can this identify with Pixel? The Google Pixel is basically a drop in the ocean, where the ocean is characterized as the end-to-end strategy for Google’s personalized search strategy.

To take it to the next level, Google needs to take ownership for hardware which can give the ultimate value to its user base. Google has attempted to accomplish this goal in the past by acquiring the Android ecosystem and improving it.

In the long run, Google realized that controlling the software wasn’t sufficient. Google may have the best development platform, yet Apple’s better hardware made iPhones speedier, more reliable, and less inclined to errors, and much more.

With Google Pixel, the search engine giant gets to control its own hardware, and innovate on the surface and the inside. It can leverage on the massive amount of data it has collected over the users from billions of users and create the most convenient phone as well as the best advertising platform for its partners.

By controlling both the hardware and the software, it can implement hardware changes at a much earlier stage and enable software changes over time. With Google Pixel, it can now innovate in short-term as well as long-term.

During the last decade, Apple has been releasing one great iPhone after another. Their user experience is top notch, however, their hardware is the ultimate winner. Constrained to work within the limits of smartphones made by different manufacturers and not ready to control software updates for its Android, Google has lost in many arenas. The Pixel smartphone is Google’s way for positioning itself to have full control of hardware, software, user experience, and integration with IoT and much more. It’ll be interesting to see how quickly Google will move and whether it will make Apple fail in the long race towards the smartest smartphone. For now, it looks like Google is certainly winning.

Is Google Pixel Trying to One Up the iPhone Brand?