It appears like Apple is prepping the next edition of its iPad Pro. Images of the alleged iPad Pro 2 have surfaced online over the weekend. However, the pictures do not reveal anything new and remarkable about the company’s new giant tablet. 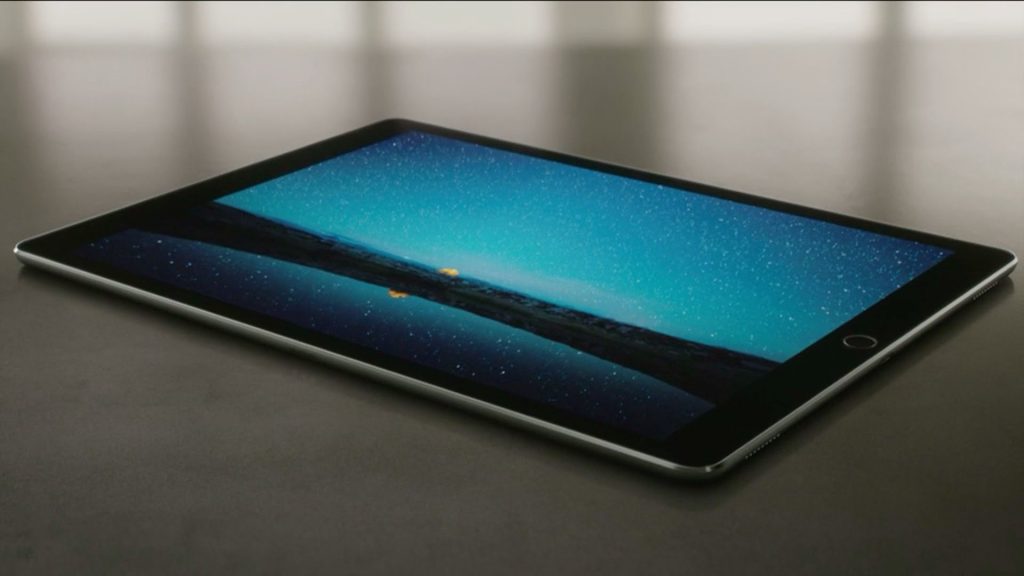 The two photos received were reportedly from an anonymous source working at a Chinese supply chain of the new iPad Pro, which is expected to go into production in the last week of September.

One image shows the white variant of the tablet, while the other shows the black version. The texts on the display of the photographed tablet are in Chinese.

The device is identified with model number MH1C2CD/F, a code configuration that is not used by any existing or previously released iPad models. However, the tablet follows the standard Apple naming practice with ML0G2LL/A & ML3N2LL/A for cellular models for the existing iPad Pro variants.

Apart from the model number, the iPhone makers extra-large tablet does not reveal anything much. However, this could still be a confirmation that the company is indeed releasing a refresh of the iPad Pro after launching the largest tablet in September of last year.

Analysts believe that the device will feature the 12.9-inch display found in its predecessor as it is just the second iteration of the iPad Pro. The tablet comes with 12GB of internal storage suggesting that it’s a model just used internally for testing purposes and that memory capacity is just enough for loading an operating system and apps. The operating system points to the latest beta of iOS 10. That latest variant of the operating system was rolled out to developers beginning this month, containing unencrypted 32-bit bootloaders, RAM disks, and kernel caches.

There are also speculations regarding the display quality upgrade; however nothing is set in stone in terms of this hardware modification. It is expected that the tablet will be rolled out with the company’s new A10X processor to deliver optimum performance to users.

It should be noted that the A10X processor is the same one that the most awaited iPhone 7, iPhone 7 Plus and iPhone 7 Pro will be featuring when they are launched in September.

Other rumors include a bigger RAM, a more powerful and improved camera and the True Tone Display technology already seen in the 9.7-inch iPad Pro released in March 2016. The True Tone display technology enables the tablet to adjust its color temperature in accordance with its surroundings.

Currently, there is no word on the possible launch date of the iPad Pro 2, but Apple’s 12.9-inch iPad Pro was launched in November 2015, so it makes sense that the tablet’s successor will be released in that same time this year.