The new operating system update iOS 14 by Apple will launch soon, in just around a month! This upgrade brings a slew of excellent features to the phones, including App Clips and subtle changes to Maps and Photos.  However, the standout upgrade that will steal the limelight is the enhancement of users’ security and privacy.

When Apple’s iOS 13 was launched, Apple company identified itself as a brand that cares about users’ security and privacy. They even put up a clear slogan on their billboards stating, ‘What happens on your iPhone, stays on your iPhone.’ However, with iOS 14, Apple takes its security to the next level. The technology company earlier put pressure on several app developers that collect data (like Google and Facebook) to stop taking up data from their users. But this time, it is a class apart. With iOS 14, advertisers would be up in arms about one of its features that requires people to choose to be tracked across their apps for the advertising app purposes.

This new feature is perfect for securing the privacy of users. Before being followed, every user will immediately receive a notification that states, “x app would like permission to track you across the apps and websites that are owned by other companies. Your data will be used across this app to deliver personalized ads to you.” Apple’s new feature will also allow the users to choose between “Allow Tracking” or “Ask App Not To Track” options. 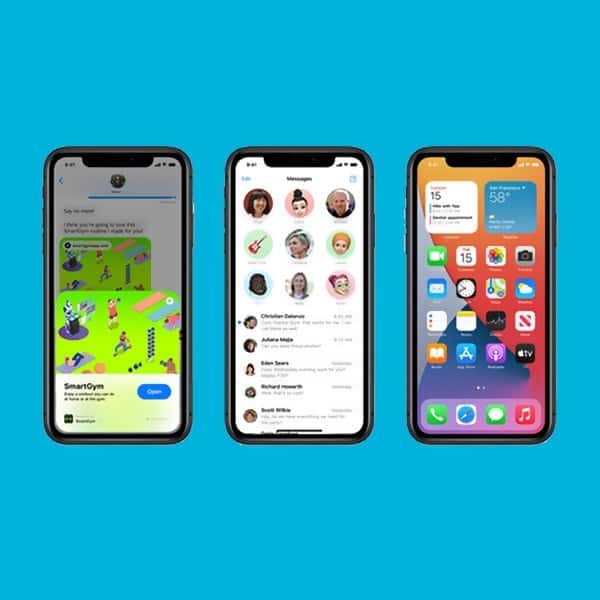 Another significant change to the iOS 14 is that app developers will, from now onwards, have to be more transparent and clear about the data they collect from the users. This will hopefully give more clarity to the users about the information apps use in the background. It will also inform the users about the whole privacy thing and help them decide if an app is right for them before they download it and allow them to manage the permissions better.

The iOS 14 will also inform users when an app is reading their iPhone clipboard. The new Apple’s iOS 14 has already opted out apps like TikTok, LinkedIn, and Reddit for spying on the user’s clipboard.

The iOS 14 has another new feature for security and privacy enhancement- there is a unique indicator light located in the status bar that will show up if an app is recording a user with the microphone or camera. Though this feature is already there in MacBook, it is a striking cool feature for the iPhones.

The new Apple’s iOS 14 might be a loss for several app developers who rely solely on tracking users and their data. The advancements in security and privacy features of the new iOS 14 are indeed a boost for the users, as they will gain more control over their data and security. It is also a win situation for Apple, as it is a company that doesn’t make money from advertising like Google and Facebook, who have a vast ecosystem of hardware, software, and services that slows the famous data tracking appliances to continue to operate.