Apple and Google have been going head to head in a bid to attract more software developers to their platforms as they race to introduce more promising augmented reality (AR) tools. Upcoming iOS 12 to be unveiled at the 2018 Apple Worldwide Developers Conference which begins on Monday will include an ARKit update – ARKit 2.0. The new AR kit is basically an upgrade to the available ARKit 1.5 SDK which developers have been using to build apps supporting augmented reality experience.

A report from Reuters on Friday says that Apple Inc will be debuting tools that will allow two iPhone users to share data so they can have access to the same virtual environment through their individual devices, according to two sources familiar with the project. The feature will also limit personal data sent to Apple served. Earlier on, Bloomberg had disclosed that Apple will be introducing ARKit 2.0, which will enable multiple users in the same virtual environment where they can play AR games against each.

In augmented reality, users are allowed to see superimposition of virtual structures [images generated by computer] on the real world through a device, usually smartphones. The technology has been widely deployed by industries for problem-solving such as in user interaction, mapping of assembly lines and product development. It is also the technology used in Pokemon Go mobile game.

Apple’s new AR feature which will allow two people to share data as they are going to have access to the same virtual environment in the same space will be designed in compliance with the privacy policy, according to MacRumors. Unlike a similar package offered by Google, Apple’s multiplayer system will not require users to share scans of their personal spaces and homes. It’s a real-time phone-to-phone virtual environment sharing. Apple’s approach to multiplayer differs from the method adopted by Google which requires player at the environment to be shared to scan and upload the environment to the cloud where it’s streamed for both players. 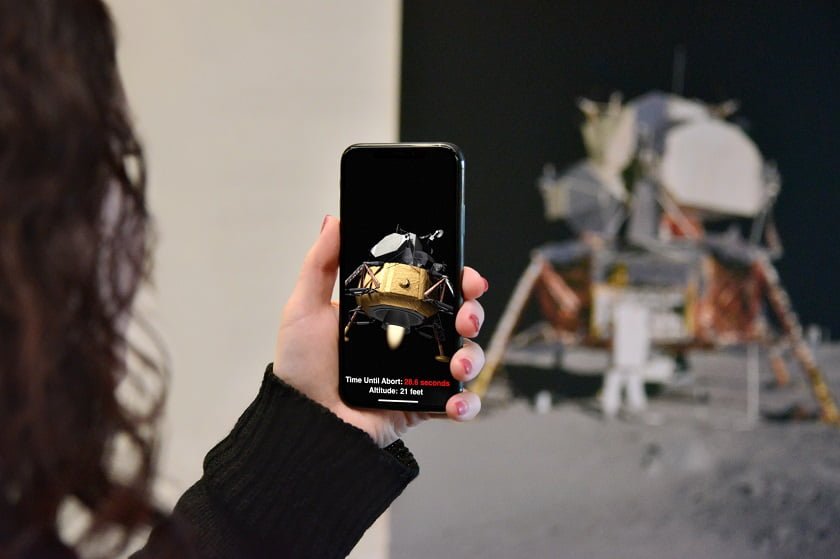 Until Monday, when ARKit 2.0 is released, no one can tell how Apple’s AR multiplayer system works. It is not clear if more than two players can share the same virtual environment or it’s just limited to two.

In 2016, Apple CEO Tim Cook said the company is on AR in the long run, meaning that Apple has a lot of focus in developing augmented reality far better than its rivals. This could be a major breakthrough if the feature works smoothly and developers are most likely going to focus more on ARKit as they look towards a more promising market.

Apple has made remarkable improvements in augmented reality since after unveiling its first kit iOS 11, ARKit last year at WWDC. The company introduced mapping of irregularly shaped surfaces, objects, vertical placements and image resolution few months after when they launched an update, ARKit 1.5 as ARKit for iOS 11.3. This implies that developers will have access to a lot of features after the 2018 WWDC, with more changes coming in iOS 12.