Intel co-founder Gordon Moore noted a peculiar trend in the semi-conductors and electronics industry- an outline for the whole the semi-conductor industry to advance. The four and a half page article by Gordon Moore in the Electronics Trade journal was the most impactful article ever that led the basic foundation for the silicon based circuitry industry.

Moore’s law, the evolution and the advancement

Moore was a Cal Tech PhD, cofounder of Fairchild Semiconductor and head of its research and development laboratory. Fairchild has been specially founded to develop transistors from silicon rather than germanium. 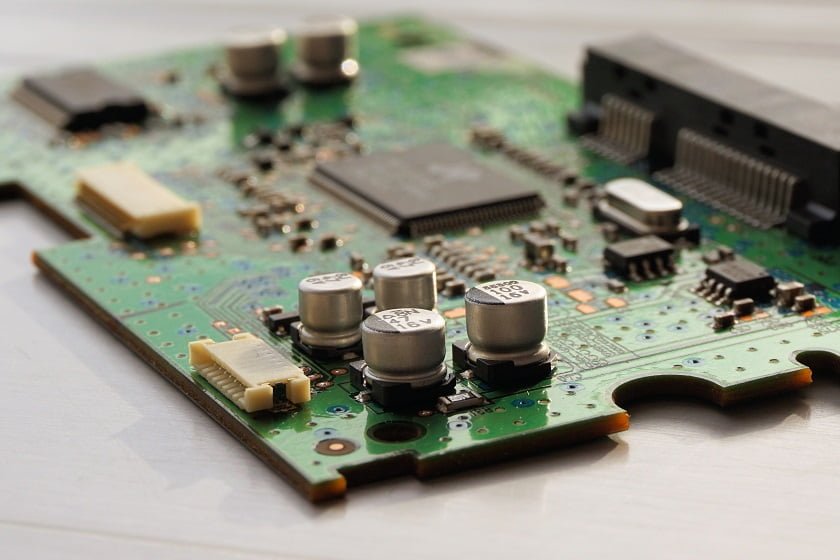 The statement which was initially an observation was labelled as Moore’s law later in 1970 by Caltech professor, VLSI pioneer and entrepreneur Carver Mead. The phrase then was caught by the electronics Industry as a core principle.

To increase the accuracy of the law, specific formulation of law has been developed by Moore afterwards with more precise observation. In 1975, Moore revised his prediction as the number of components in the integrated circuits doubling every year to doubling every two years. The latest prediction of Moore was factored by Intel executive David House stating that computer performance doubles every 18 months following the Moore’s latest prediction. So when Intel, the pioneer of chip developments adapted Moore’s law as standard principle for advancing the computing power, the whole semi-conductor industry followed this outline on their chips.

Moore’s law is basically about transistor density, but there are many versions of the Moore’s law for other capabilities of digital electronics. Processing speed, RAM’s, sensor strength, pixel density or resolution, all have some direct relation with the number of components that fits into the integrated circuit. Since their inception, enhancements in all these capabilities have also increased exponentially.

The chip making companies used to estimate that increasing the components density will lead to an increase in computing power by x times. The computing power required for the enhancements till now were the consequence of adaption of Moore’s law. The effects of Moore’s law have far fetching implications on technological development. Since last five decades, the advancement from slow running, huge-sized computers to the developments of artificial assistants and AI powered devices, Moore’s holds the credit.

Since last five decades, Moore’s law has been a recurring set of deadlines that the chip developers excelled to meet to double their computing power. But the soaring demand for smaller, faster and more efficient computers bound a limit line for Moore’s law to extend anymore.

We have seen an exponential increase of transistor density for last half century following Moore’s law. But now, packing the transistors in the silicon wafer is no more an optimised solution to power the computer processing. A report from International Technology of roadmap for semiconductors (ITRS) claimed that by 2021, transistors will get to a point where they cannot shrink any further. The big-name chip makers like Intel and Samsung argue that making chips smaller is not economically viable now.

Moore’s prediction was kept alive in the industry with Intel leading the change. But according to Intel, the technology roadmap for Moore’s law will scrap soon. Intel since 1970 has followed Moore’s exponential curve and fit twice as many the transistors in the same space on a silicon chip. The continual shrinking has helped computers get more powerful and energy efficient. But now accommodating the transistors in the same space has become a shorthand idea, economically and practically. With the decreasing distance between the transistors, the heat release will increase. So making transistors further any smaller or decreasing the distance would not bring increase in computing capability. We have totally got down the piles of Moore’s law to form a grain.

However, Moore’s law is individual exponential but the computing technology today demands parallel exponential. To run deep learning algorithms and develop AI architecture we need to leverage the computing potential. GPU’s and reprogrammable chips are a step towards delivering parallel computing power.

Moore’s law will always be an important base

Moore’s law has helped us bring smartphones, high-speed internet services and major breakthroughs in the field such as artificial intelligence and genetics.

“Integrated circuits will lead us to such wonders as home computers-or at least terminals connected to a central computer-automatic controls for automobiles, and personal portable communications equipment.”

Moore had a pioneering vision and all what he predicted is practically real today.

But experts now say than the tenure of Moore’s law as the base for advancing the computing power is about to end. The rate of AI progress will not increase with Moore’s prediction. Is it a mere moot now for the development of robust processing chips compatible to put AI in implementation?

Moore’s law is no more a practical solution to create super-intelligent technology is a strong point. Even, Moore initially in his article predicted the practical application of Moore’s law to be for next ten years from 1965. But then with the constant advancement, the electronics industry benefited from the Moore’s standard method of designing processor chips till 50 years.

The rate of AI progress will increase when the computer processing speeds will match to that of the human brain. The best brain simulations by the best supercomputing clusters could hardly fetch 1 percent of the brain and 1/10,000th of the cognitive human brain speed. So all we are lacking is that super computing power which is must for the self-evolving technology.

The naysayers of Moore’s law need to understand that AI will not spontaneously erupt from nowhere with the end of Moore’s law. But we need super-computing processing power that will make the AI possible; as we got Moore’s law years back which made possible computing power we have today.

We need to figure out how unsupervised the learning would work, how the computers would detect what human brains could or how we could inculcate the human sensing ability into the machine; all that with small, efficient and optimised processors.

The founder of SpaceX and Tesla, Elon Musk is coming up with NeuraLink which will merge human brains (neurons) with machines to develop self-evolving technology. The start-up will find ways to figure out how learning with machines work.

We need to copy the brain and make evolution that inculcates basic human thinking in the machines. Once this technological breakthrough occurs, the world will be a technological wonderland as we see in the movies and the earth will have an omnipotent God.