The future has a lot of different potentials. In movies like Ex Machina and Transcendence, what we really see is anthropomorphic interpretations of AI having human qualities. A lot of things need to be clarified first. To start with, what we see in sci-fi movies is simply fiction. Secondly, AI is simply a software. Why would a software have human qualities and emotions?

Take for instance IBM’s Watson, it is a type of AIL, but all it does it make surmises and give you answers based on some sort of statistical understanding and machine learning.

We’re still at the dawn of the AI-Age. We are yet to define exactly what ‘intelligence’ is for humans.

How can we define exactly what ‘artificial intelligence,’ is?

When it comes to computer programs, they can be taught to learn for a very specific purpose using Machine Learning. Often, people confuse machine learning with human learning. Now, machine learning is simply training the software to behave in a certain manner based on a statistical pattern. Everyday objects such as self-driving cars, Watson and even image recognition software, are taught to behave in a certain manner and cannot go beyond those limitations. They don’t really pose a threat to humanity. 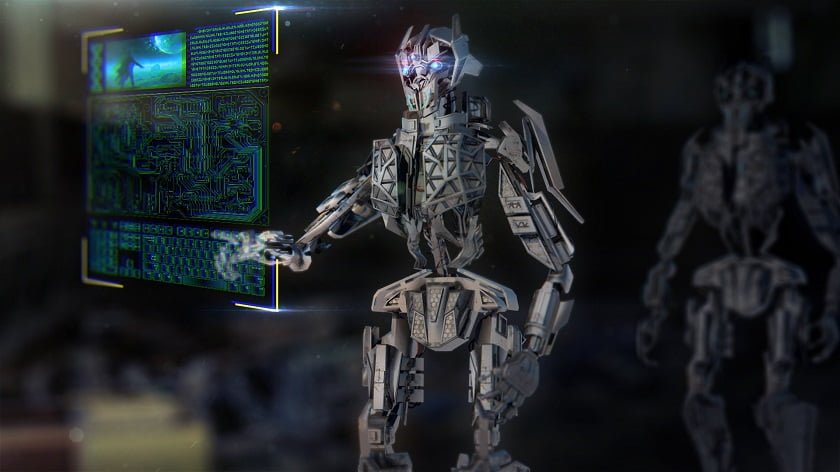 But, is it possible that in a few hundred years software become sentient? It’s possible, but machine won’t be intelligent enough to pose a threat to humanity. You see, a machine would never have the same emotions that we do – anger, greed, envy, etc. Even if a piece of software is highly intelligent, there’s no reason why it would necessarily be a threat to humanity. If anything, the software would be controlled by us. All technologies have both good and bad aspects that can be used for. Take for instance nuclear, which is the most glaring example of this with nuclear bombs and nuclear power

The reason why researchers and scientists consider AI to be potentially dangerous is because intelligence could increase to colossal levels. Moreover, it can modify itself to increase its intelligence, and keep doing it until it reaches the apex. Experts believe we have a reason to worry about AI posing a threat to humanity.

First of all, it would be very difficult to AI human values. We cannot exactly assume that a machine will be able to think as clearly as humans do. For instance, even if we program AI to have human values, we’ll need to give it some kind of metric to measure how well it is doing.

Secondly, humans and chimps are quite similar in intelligence. However, the small gap that exists allows humans to play a species far superior to chimps. We can shoot them with a tranquilizer and put them in a cage. Can you imagine AI using its own intelligence to play a far superior species? Will AI lead in the intelligence gap between us?

‘AI will pose a threat to humanity,’ is nothing more than science-fiction. There are quite a many compelling arguments that suggest that despite the potential for horrendous outcomes, artificial intelligence will be the single most important invention mankind will have made. The problem is that there’s no way to know right now.

Of course, we will, sooner or later, try to create an uber-intelligent AI. To cut down on the possibility of AI playing god, we can create what William Gibson called the “Turing police.” This is good AI playing the cop and catching the bad AI.

Science fiction is lousy with tales of AI gone wild. The nefarious Skynet from the ‘Terminator’ films, Ultron from Avengers, came close to defeating humanity. But in the real world, we’re moving in a different direction altogether with artificial intelligence. AI is everywhere, from automated industrial systems to self-driving cars and smart gadgets. It is nothing more than a computer with cognitive functions; it employs machine learning to assess information and solve problems.

The best example of AI gone wild in the real life is of Microsoft chatbot Tay. The experimental AI tweeted radical messages such as “Hitler was right,” spouting abusive and hatred filled sentiments until Microsoft had to take it offline. To begin with, Tay was simply parroting offensive statements made my millions of users on Twitter. The chatbot was designed to mimic the language pattern of users on Twitter using machine learning and adaptive algorithms. Unfortunately, Tay was mixing with the wrong kind of crowd. Instead of engaging with people in a fun filled, casual conversation, it was parroting statements made by trolls who were simply trying to provoke the AI chatbot.

Artificial intelligence will pose a different kind of threat to humanity. The damage AI will cause because they lack common sense or interpret our commands too literally will create what a “sorcerer’s apprentice” problem. As a matter of fact, it happens all the time. For instance, when someone is misdiagnosed, or when an innocent citizen is flagged as a terrorist, etc. There’s no way we can be certain that we will be able to minimize such errors. Why are we worried that someday computers will take over the world? The biggest problem we’ve been facing is that computers are too stupid for their own good and they have in fact, taken over the world.

Artificial intelligence is nothing more than just another advanced technology. It is a tool than can be used efficiently or poorly, by our commands. Let’s not forget that it is the human consciousness who creates and uses the AI to make certain aspects of life better.