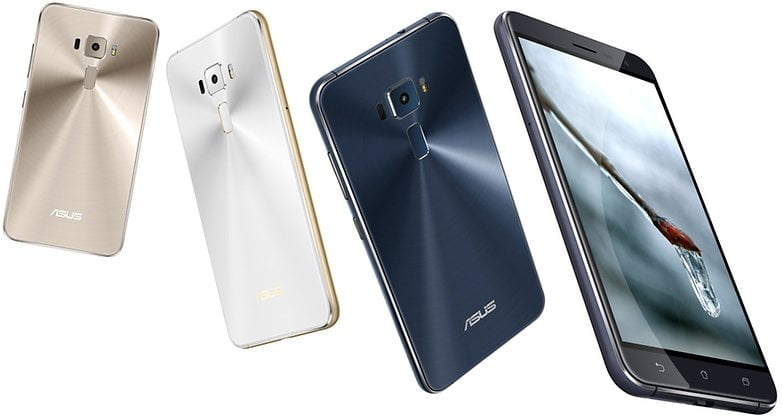 The Taiwanese behemoth has kicked off the announcements at Computex Taipei 2016 with Asus ZenFone 3 series. The series includes a trip of smartphones equipped with a few huge differences. The regular model for ZenFone 3 is placed as a mainstream smartphone available at a low price with stronger design elements. The Asus ZenFone 3 Deluxe has a great build quality and high-end performance, and the concept of Asus ZenFone 3 Ultra revolves around entertainment due to its gigantic screen. All three Asus models have seemed to have surpassed the model of plastic ZenFone 2.

The mid-budget ZenFone 3 model, in particular, has a beautiful, sleek glass design, which is reminiscent of the current smartphone dominant Galaxy S7. The rear camera of the smartphone literally reminds the Samsung Galaxy S7 while the gorgeous curves on the phone somewhat resemble the iPhone 6S. If anything, it looks like Asus has given its best on giving the best shot to the designs of its fresh line-up at a relatively affordable price.

The starting price of the Asus ZenFone 3 is $249 (approx. AU$350 or £170) for 32GB and 3GB storage model respectively. The device is priced quite competitively and will be available for buyers globally in July or later.

The smartphone has a Snapdragon 625 processor, an 8MP front facing the camera, a fingerprint sensor, a 5.5-inch LCD screen, a 16MP camera, USB-C 2.0, 64GB storage, and 4GB RAM. The phone is carved out of two glass panels on the front and back having a metal frame, and it’s available in white, gold, black, and blue.

Asus distributions don’t need anything to worry about as it already has a place reserved for its upcoming lineup in the markets of Asia. Asus in Asian markets is considered as one of the most popular smartphones powered by Android. Although, it’s not sure if Asus line-up will be able to surpass the sales of current global dominants – Samsung smartphones and Apple iPhones. Sure, the sales of iPhones are a little slow this year, but still, Apple is giving a tough neck-to-neck fight to Samsung, so a local Asian company trying to surpass Apple would be a dream.

The entire line-up of Asia’s one of the most anticipated smartphones after Samsung, Apple, and Xiaomi, Asus Zenfone 3, is gearing up for its release on July 12 in Taiwan, to be specific. The launch date of Asus Zenfone 3 lineup for the United States has not yet been announced, but one thing is for sure that the series by Asus will be available in the U.S. in near future.

Based on the similar launch pattern, it is being expected that Asus will be releasing its upcoming Asus Zenfone 3 lineup in the United States a few weeks after its launch in Taiwan. However, it’s being predicted that Asian countries presumably Thailand and India are among those countries that are expecting the launch of Asus Zenfone lineup in the upcoming months.

You Cannot Miss These Powerful Gadgets Launched at Computex 2016