Audi’s glorious R8 series will come to an end with the upcoming Audi R8 GT 2023.

The 2023 Audi R8 GT is all set to hit the roads early next year. It continues to carry the legacy of the long-running sports car series called R8. The speciality about the supercar series was power, elegance and of course the V10 engines. Apart from BMW, Audi happens to be the only other player in the automobile sector, which still produces the V10 engines in mass scale. 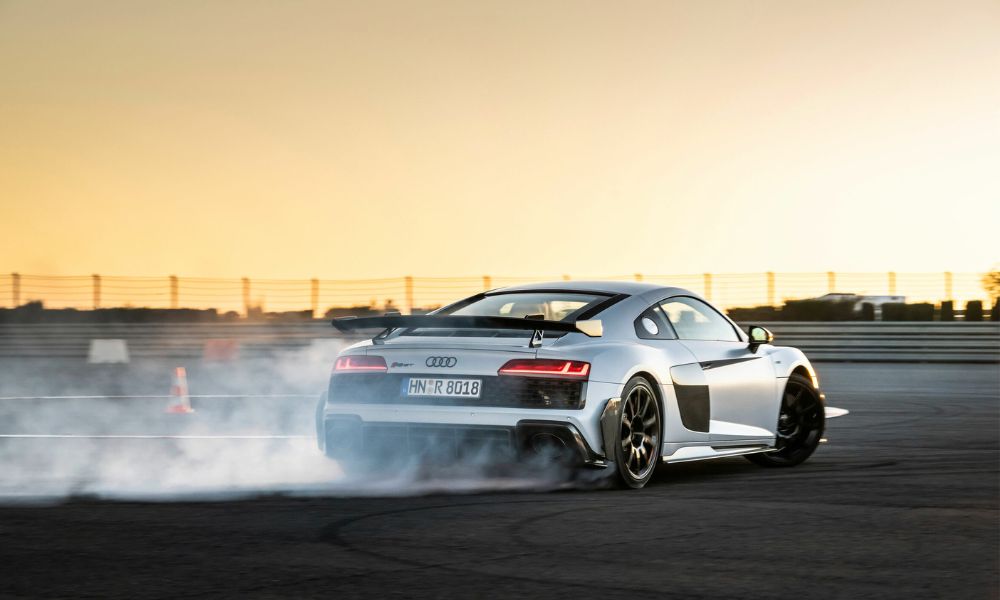 The new Audi R8 GT will come with a razor-sharp combination of a rear-wheel-drive coupe along with the enhanced variant of the 5.2-liter V-10 with 602 hp and 413 lb-ft of torque that was Quattro-exclusive, until a while ago. [Image Credit: Audi MediaCenter]

Meanwhile, the year 2023, is going to be quite interesting for the auto industry as we are going to witness a new BMW X1 along with a new Toyota Prius.

Of late, Audi officially announced that the new Audi R8 GT will bring the curtains down to quite an illustrious saga of R8 spanning over two decades. Over the years, we have seen some of the most spectacular sports cars in automobile history, thanks to the R8 series. Therefore, its glory won’t fade away to oblivion when the production shuts shop.

The Cars Which Forgot Time

The impeccable R8s entered the track way back in 2008. They announced their thumping arrival in style. Cut to 2022, Audi’s R8 has made a name for itself in the global auto industry. There are millions of dedicated fans across the globe, who continue to celebrate its sheer class in every possible way. Pure passion flows through the veins of car maniacs, when it comes to Audi’s R8, a class of its own. Car pundits have hailed the unparalleled cars of this flagship sports car series from Audi.

Hence, the news of R8’s swan song has far greater implications. It’s not only about cars and drivers. The entire auto fraternity has started to get affected by this shocking news. It has been learned that not only R8, Audi is going to do away with the V10 engine itself. Now, only BMW will be left with producing the incredible V10 engines in the world.

Every single car of this particular series happens to be an engineering marvel and has made the series timeless. With the passage of time, we saw remarkable redesigns and massive upgrades, which went on to facilitate Audi in redefining sports cars with its unique R8. The very craft, functionality, speed and feel, which is beyond metrics – made it possible to create history and become one of the most loved car franchises in the world. 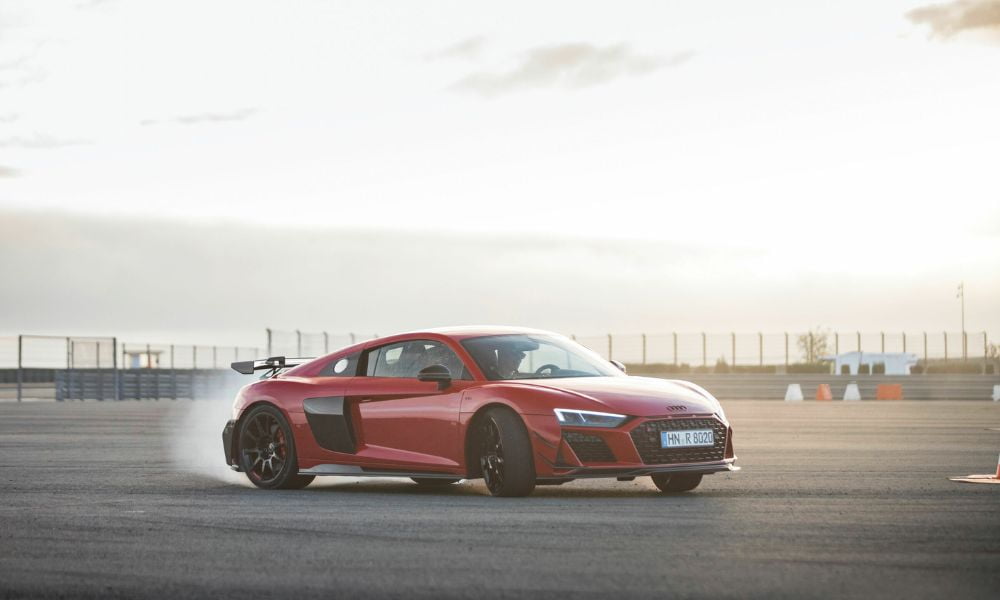 Audi claims that the new R8 GT will be able to clock a breathtaking speed of 62 mph in 3.4 seconds and register a top speed of 199 mph. [Image Credit: Audi MediaCenter]

2023 Audi R8 GT: Celebration of Brilliance with a Tinge of Melancholia

The new Audi R8 GT is certainly not the best sports car in the world. But it has its own set of USPs, apart from the inherited legacy and class, things which are beyond valuation. It goes on to carry that legacy forward and comes with more firepower than ever before.

When we have a look at the final piece of the jigsaw puzzle called R8, we are left with mixed reactions. On one hand, there’s so much to cheer for, so much to laud about and on the other hand, a melancholic tune plays in the background, as we prepare ourselves to bid R8 adieu.

In 2023, Audi is going to unfurl a collector’s edition of the R8 GT. It will come with a razor-sharp combination of a rear-wheel-drive coupe along with the enhanced variant of the 5.2-liter V-10 with 602 hp and 413 lb-ft of torque that was Quattro-exclusive, until a while ago. Audi has promised that the new R8 GT will be able to clock a breathtaking speed of 62 mph in 3.4 seconds and register a top speed of 199 mph.

Thanks to the huge modifications, the shifts will become way faster in R8, with the electrifying presence of the 7-speed dual-clutch transmission to unleash more power and cater to the need for speed. Black badges and a new R8 GT emblem will help itself to get easily differentiated from its predecessors. It has been well-equipped with a glossy carbon-fiber front splitter, side spats, rear scoops, a diffuser and a high gooseneck rear wing in order to provide wind-tunnel-tested stability and increased car-show cred.

The Last of the Mohicans

It’s often said that everything which is good, must come to an end. The R8 from Audi went on to stretch its overpowering influence beyond the peripheries of the auto sector. This classic sports car, which has only got more elegant with time, managed to feature in the Iron Man series. Hence, many car nerds actually grew up while falling in love with R8 through such popular culture references.

R8 has a special character that is beyond forgery or imitation. It stands on a different pedestal altogether. Though its production will become a standstill after the limited edition 2023 Audi R8 GT, it’s not going to fade away from our memories. It will only cease to exist in Audi showrooms. But there’s enough in its trunk to seal permanence in millions of hearts belonging to the car lovers across the world.

It has been learned that there will be only 333 pieces of the upcoming 2023 Audi R8 GT. Therefore, it would mean that each store won’t be able to get more than a piece. For car freaks and especially collectors, it’s a lifetime opportunity to get hands on this last dice of a timeless classic. It would be a moving memorabilia for anyone who’s into cars.

The pocket-pinch for the Audi R8 GT 2023 is $253,290. But the seemingly-high price-tag appears justified enough, considering its striking features and the fact that its significance lies beyond its functionality. If one manages to own the new Audi R8 GT, they will be a part of history.

In all likelihood, the 2023 Audi R8 GT will be available in the exclusive stores of Audi, by early-2023. If you are willing to go for it, then contact your nearest Audi showroom at the earliest and place your pre-order. For, it’s the car that dreams are made of.

When will the new Audi R8 GT release?

Yes. Audi has officially announced already that the Audi R8 GT 2023 will be the last in the glorious sports car series called R8.

Is Audi going to discontinue with the V10 engines?

Yes. Audi will discontinue the mass-scale production of V10 engines in 2023 and the new Audi R8 GT will be last Audi sports car to have a V10 engine.