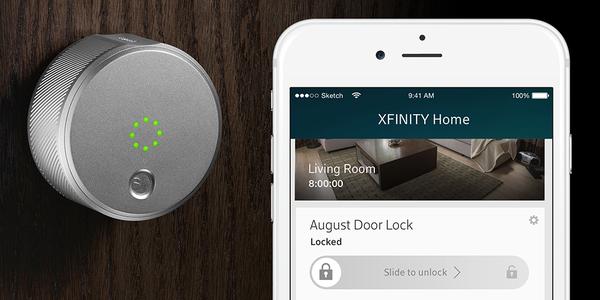 The first developers of the Smart Lock system, August, unveiled a program that would make it easier for repair representative and authorized delivery to enter customer’s homes. The latest August Smart Lock version will come up with a new pair of accessories and it will be enabled with- Siri, Apple’s very own digital personal assistant. August Smart Lock remains to be everyone’s favorite when it comes to connecting smart stuff on the front door, and now it is about to turn smarter and brilliant. The Siri-enabled Smart Lock will come along with a camera doorbell accessory and a latest edition of the lock, which is compatible with the Apple HomeKit systems, like the one in iPads and iPhones. Tagged along with all such latest features, the company will also add August Smart Keypad additions to the mix worth $80.

All you need to do is just place the August Smart Keypad outside your house and integrate it with lock via August App, and then you are just a tap away from entering inside by punching a code in it.

The Siri-enabled Smart Lock system is being built with latest version Smart Lock solutions, which involves an upgraded Apple HomeKit system that will take voice commands from its digital assistant Siri, remote control based on App, and status checks that are dynamic. In order to improve the grip, the chassis will externally feature upgraded aesthetic that comes up with new micro-patterns, and also a chrome indicator device, which will notify a visual confirmation about the locked device.

The August Smart Lock will basically work as a Doorbell Camera because it will act as a traditional doorbell along with providing HD video for identifying visitors through a Smartphone. The Siri-enabled Smart Lock system’s advanced built-in motion sensor will detect the presence of anyone even if the doorbell hasn’t been pressed, which in turn helps to alert any kind of suspicious activity to house owners. Nullifying the urge for Standalone link unit for August, the latest version of Smart Lock solutions will double in regards to form a wireless bridge. 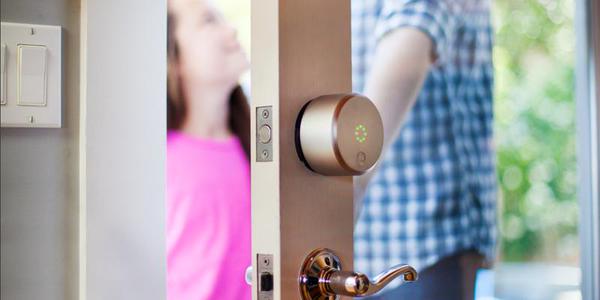 Earlier Technowize reported that the August Smart Keypad accessory will integrate with Smart Lock to permit an access that is on-site without any iPhone usage. The users can use August App to figure out latest entry level codes for visitors and guard unlock & lock events.

The latest Siri-enabled Smart Lock products by August will be available to customers in 2 months approximately, but one can easily pre-order their product on company’s website. Supported by Apple HomeKit system, the August Smart Lock will be available for $229, Doorbell Camera will be $199, and the August Smart Keypad will be $79. The company will also sell the bundle, which will combine all the three at a price of $489.