Baldur’s Gate 3 to go on Early Access on September 30; participation underway for gamers!

Baldur Gate to go on Early Access on September 30; participation underway for gamers!

The Baldur’s Gate 3 game will enter the Early Access period on September 30, and for participation, players will have to purchase in when it launches. The game’s publishing director recently announced the Early Access launch prices at $60 from the beginning of the period.

The Baldur’s Game 3 PS4 is the latest in the venerable series of CRPGs based that has classic Dungeons & Dragons setting of the Forgotten Realms. The creator first announced the game during the E3 2019. Though the Baldur’s Gate 3 release date is not yet revealed, Early Access will begin from September 30.

The original Baldur’s Gate was released in 1998 and was credited by many gaming experts as singlehandedly resurrecting the computer RPG genre at that time. During its launch, the game was an uncontested legend and slew a long-lived series of successors and expansions. Its popularity earned its an enhanced version in 2012, and an improved version of the sequel, Baldur’s Gate II, was released in 2013. The name Baldur’s Gate 3 is loved by even gamers who’ve never played earlier and followed it as a vital piece of the video game industry. 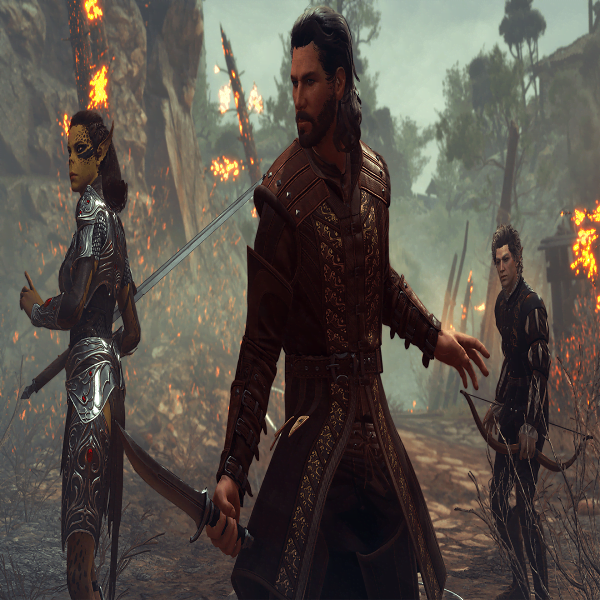 Though the Baldur’s Gate 3 release date is not yet revealed, Early Access will begin from September 30.

The latest game to reel the series’ illustrious legacy will be playable soon. As the game’s publishing director, Michael Douse, revealed on Twitter, the game will cost $60 when it hits the Early Access period. This is surprising and unpleasant news for many fans; considering an early access game would be an unfinished product, yet the pricing of an incomplete game is the same as the finished and polished triple. Publishing director Douse recognizes this situation, as he stated to fans that they shouldn’t feel any pressure to purchase the game during the Early Access period. He also noted that the Baldur’s Gate III game scenario would be much larger at the end of the Early Access period.

This news is a slight disappointment to the fans of Dungeons & Dragons. Earlier, Wizards of the Coast announced its newest expansion book, the Tasha’s Cauldron of Everything, which will include new fascinating spells and subclasses to introduce variety and power to the D&D campaigns of the game. The book is set to release on November 17. In the future, fans will have D&D’s iconic Forgotten Realms appearing in the Wizards of the Coast’s popular trading card game Magic: The Gathering. This is the first time D&D has appeared in the game outside of a single joke card. 2019 was the most iconic and successful year in the history of Dungeons & Dragons, with Wizards rewarding the massive player base for making the milestone happen.

Douse’s revelation makes it look like the Larian Studios isn’t reveling on the festivities. Fans are highly disinterested in investing in the unfinished game for the high cost, and as per some Twitter replies, Douse seems actively encouraging them not to invest.

Larian Studios otherwise has an impressive pedigree. It is the renowned studio responsible for giving players the beloved Divinity: Original Sin games. As such, there is only a slight doubt that it can deliver an exceptional experience for the new Baldur’s Gate III game.