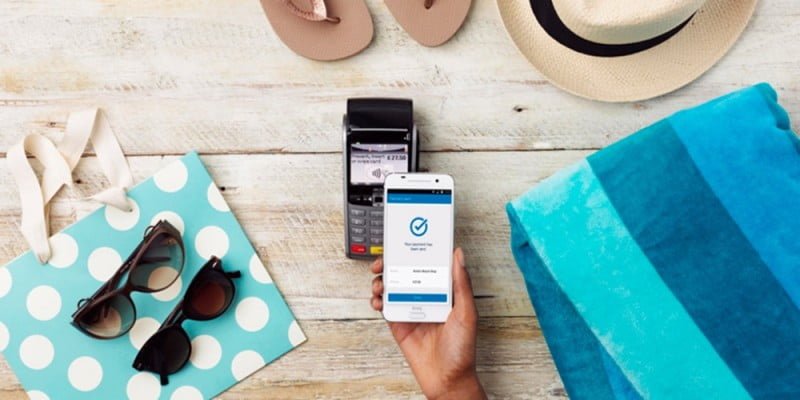 Android Pay has been in the United States for a while now. Perhaps, it would be better to add that Google’s payment system has been doing fairly good. The search engine behemoth is yet to debut in the markets of the United Kingdom. Earlier in March 2016, the company was planning to launch the service within a few months, but it seems Barclays has reportedly beaten the giant to market.

Today, Barclays has announced that customers in the United Kingdom with a bank-issued credit or debit card will be able to use their phone to make contactless payments.

The Android Pay Alternative in the UK won’t be supporting Google’s Android Pay at all. The payment service offered by the famous bank will be available from next month.

The Contactless Mobile option will be merged into the existing Android-based banking app used by Barclays. This move has made Barclays the first bank in the UK to offer NFC payment for both debit and credit cards.

The Barclays customers’ will be able to register their debit and credit cards via Android pay alternative launched by the bank. They can make payments by tapping the phone, which is NFC-enabled on contactless terminals.

The service by Barclays will operate with 400,000 locations without contact across the UK. This will include transport network of London. Similar to other contactless facilities for payment, this app will also offer a limit of £30 on any single transaction.

“Giving customers the choice about how to make everyday payments while making it really easy for people to use our services is why we’ve designed this contactless payment functionality. It’s all there in one place, ready to go with no need to enter card details, delivering a brilliant experience in an instant.” Barclays mentioned.

It arrives as no surprise that popular bank is moving forward with its own system of mobile payment instead of relying on the Android Pay. Barclays has been the contact payments’ earliest pioneers in the UK.

iPhone 7 Release: The Decline Of iOS Market Share Will Continue

The iPad Smart Cover Will Rock, Here’s Why