Best Augmented Reality Smart Glasses You Might Not Have Heard Of

In the middle of the smartphone boom, augmented reality is the perfect technique to showcase information where it’s needed the most. Moreover, AR promises to offer the Internet power to the physical world. It plans to proceed in its approach by overlaying contents generated on computer based on real-world experiences. Games, space technologies, medical science, etc., are the leading consumers of AR technology.

AR smart glasses are one of the revolutionary products offered by AR. These new string of wearable technology might influence the usage of media substantially in the future. So far, you might’ve heard about Google Glass and Microsoft HoloLens. Thanks to their strong marketing and advertising team. But there’s more to it. That is to say, if you do not have any idea on what the rest are.

We’ve compiled a list of best Augmented Reality smart glasses, which are non-mainstream. These certainly do not have marketing funds of the size of a mammoth. But they are strong enough to beat the highly publicized, mainstream top AR smart glasses from the tech behemoths like Google and Microsoft.

Before you start imagining things by yourself, let us introduce you to these less popular yet top AR smart glasses. 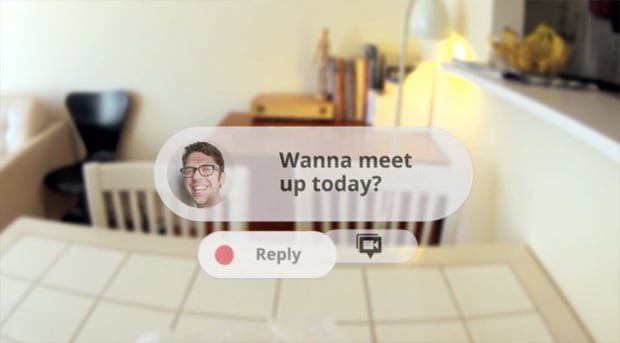 We bet you’ve watched one of those movies in which the actors have some glasses strapped on their head. They can see more information using those glasses as compared to the ones seen with naked eyes. Remember the first installment of Mission Impossible? Well, those were not exactly AR smart glasses, but one can somehow relate the glasses to those of the AR ones.

Atheer One is one of those Augment Reality glasses for sale, which are perfectly suitable for desk-less professionals. It’s one of the most interactive AR smart glasses in the world. Atheer One empowers consumers to see critical information with a perfect field-of-view angle. The motion, voice commands, and natural gesture tracking technology can make these glasses easy to use and intuitive for hands-on tasks. The real-time incorporation with AiR suite increases efficiency. Furthermore, it also reduces downtime with the help of remote experts through video calls. The glasses help in receiving real-time guidance through new workflows and image annotations. It leverages 2D system available on Android Play Store and converts it into a 3D space.

The R-7 is one of the most advanced AR smart glasses in the world. Coupled with various innovative technologies, it features stunning 3D stereoscopic, ultra-transparent display. The key markets for ODG R-7 are namely, government, warehouses, logistics, transportation, healthcare, and energy. Moreover, the R-7 AR smart glass won the CES 2016 Best of Innovation Award in the category of mobile computing and tablet. The device arrives wrapped in a smaller, sleeker, and comparatively lighter design than its predecessor R-6. R-7’s complete hands-free system offers users to fetch the maximum performance and power from the tablet. The AR smart glass also delivers an absolute unparalleled experience in terms of display clarity. It has onboard connectivity and power processing system, which eliminates the need of external computing. 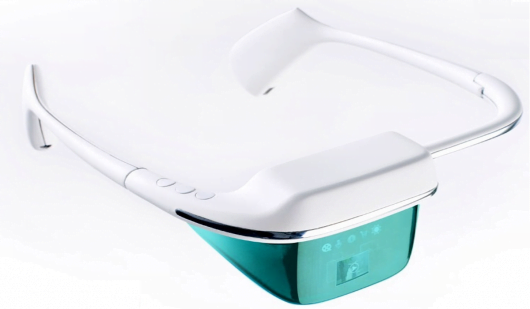 SeeThru arrives in the list of best Augmented Reality smart glasses due to its remarkable capability of collecting the information. The wireless eyewear gathers data from surroundings instead of relying on just camera. Moreover, it applies this technique without disrupting the user’s normal field view. SeeThru relies on its personal GPS locations to get tasks done. The smart glass does not feature a camera as the company prefers to avoid comments concerning privacy invasion. It helps in navigating and offering live information while performing activities like yachting, parachuting, and biking among other things. These powerful AR smart glasses from Laster arrive packed with specs like navigation, localization, wireless communication via smartphone, and head tracker.

We’re not implying that HoloLens and Google Glass are any less. However, it’s important to realize that the competitors also are taking contextualization at a whole new level. In fact, they are transforming the approach for how information is unveiled and consumed.

This was the list of best Augmented Reality smart glasses, which are not popular as much as HoloLens and Google Glass. But we’re sure these are powerful enough to offer these two giants a field time. Feel free to share the names of other top AR smart glasses if you happen to know any.