If you are someone who loves exploring the underwater world or look for natural treasures and shipwrecks, then this list of the best underwater drones with camera are perfect for you! 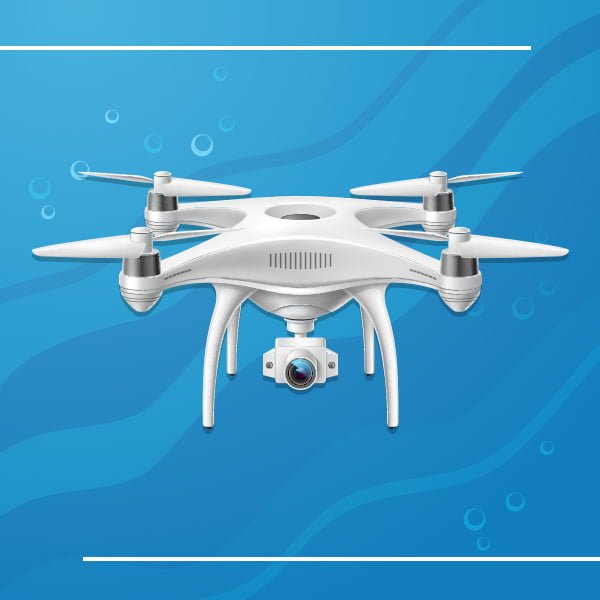 The PowerRay drone is equipped with a 70m (230ft) umbilical cable that rests behind as two horizontal props propel the device. The device body has a central vertical thruster that makes changing depth an easy process. To give light in the darkness, the Power Vision has two dimmable 450-lumen headlights lights, which can be captured in 4K (30fps max) or 4,000 x 3,000-pixel stills. With a maximum ISO of 1600, the camera can click on the depths of the depth and store them in 32 or 64Gb storage capacity.   There is also a PowerRay Explorer for regular video shooting and a PowerRay Wizard edition that adds the PowerSeeker sonar device, bait dropper, a travel case and Zeiss VR One Goggles for a perfect underwater shot. 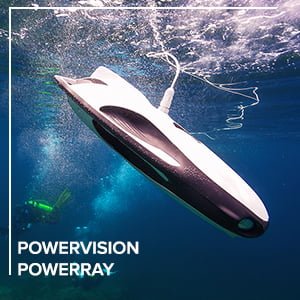 This underwater drone camera is beautifully designed in yellow manoeuvrable five-thruster design which enables it to tilt the body up and down. The 1080p camera is supported by 250 lumens of light for depths. Though the umbilical is shorter, the surface end is a proper waterproof floating Wi-Fi buoy.  The battery is fitted in the drone and requires regular charging. However, the drone doesn’t have a remote control, and the only way to control is through the phone or tablet and a 720p live feed. 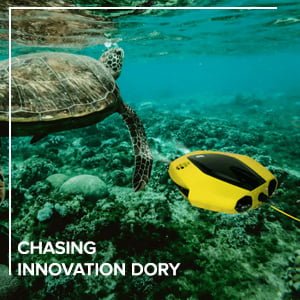 The PowerDolphin smoothly glides on the water surface and can capture shots both above and below. Piloting this device is similar to operating an aerial drone operator, with a phone-ready remote controller and using the phone as a monitor.  The drone is propelled forward by two propellers and has a 4K camera that can be expended on an arm to take shots 150 degrees down into the water or 70 degrees above the surface. The PowerDolphin Wizard edition of this drone is the best and includes a ‘PowerSeeker’ sonar device that can be used to map the water bed or look for fish with a bait dropping box to lure fish into the trap. 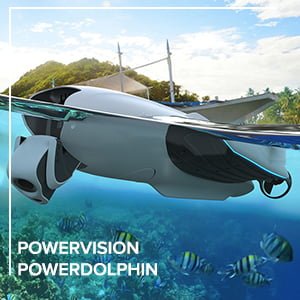 This drone can be controlled by a 100m cable and extended to a briefcase-like base-station that unfolds a monitor and physical switch-gear. This underwater drone camera is perfect for use by professionals!  The body of the drone has four thrusters which give additional force and direction to the robot arm to lift to 10Kg objects from underwater. There is also a record feature where one can record in 4K UHD onto the camera that offers 1080p live feedback when the user is exploring the depths. Two 300 lumen LEDs of the drone brightly illuminate the surroundings. 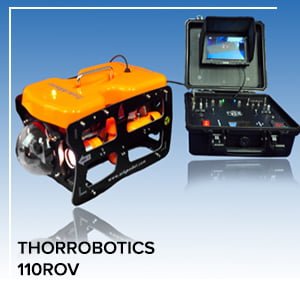 Developed in Norway, this drone has an entire range of internal gyros and accelerometers that manoeuvres positioning with four 350W thrusters.  There is a thin control tether that terminates with a Wi-Fi router and can be connected wither to a phone or a tablet for adequate control. The user can also opt for on-screen controls or a Bluetooth joypad of their preference. The six-LED light of the drone provides up to 3,300 lumens, making that 150m depth look glazing. The underwater drone comes in an excellent layered travel case, and leashes are available up to 250m. The pro version of the Blueye Pioneer can also dive to 300m and has a gimbal to tilt the camera without even changing the course. 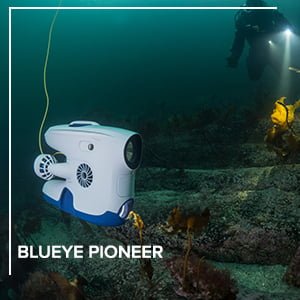