The standouts amidst the sea of games, which are making differences, curated by Technowize.

The gamer inside you must be curious enough to eagerly find out the best video game releases of fall 2022. With a series of thrilling games being lined up for release (some of them have been released already), it’s quite difficult to sort out the best in the business.

There’s the option to have a close look at the top video game trailers of fall 2022, which include Roadwarden, God of War Ragnarok, Pokémon Scarlet and Violet, Warhammer 40,000: Darktide, Pentiment.

Let’s unfurl the world of the best video game releases of fall 2022, the ones that dreams are made of! 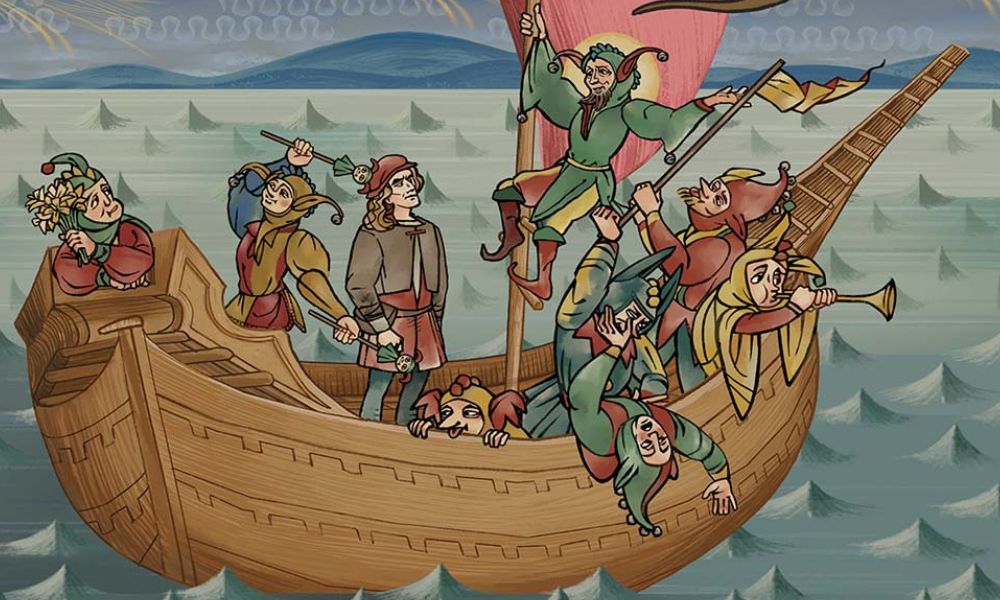 The murder-mystery game Pentiment is completely out-of-the-box among the host of best video game releases of fall 2022. [Image Credit: Pentiment]

We have taken all the important aspects into our consideration and hand-picked the following ones among the sea of games out there. These games, I mean each of them, has the ability to surely give a serious run for money to any game in general. Let’s start exploring what’s in store.

This fully text-based adventure game comes with sepia-colored pixel art and you need to fill in the shoes of the titular Roadwarden. You can pick up from a wide range of playstyles to become a wizened wizard or a fearsome warrior. Surely one of the best video game releases of fall 2022, Roadwarden seems to be a tribute to the classic adventure-driven PC games, most of which have been lost in the abyss of time. This MUD (Multi User Dungeon) sort of RPG got released worldwide on September 8, 2022, on Windows PC, Mac and Linux.

The latest entrant to the elite club of this sleek combat franchise, God of War Ragnarok got released globally on November 9, 2022, on PlayStation 4 and PlayStation 5. It needs to be seen when we get the chance to experience it on Steam as the last God of War game became a smash-hit to be rated as one of the best games on Steam.

Pokémon games find takers across age groups and right after the announcement of the new Pokémon games, different social media platforms got flooded with posts containing overwhelming reactions from fans. Within days after its launch, it became one of the top video game trailers of Fall 2022. It has been learned that we will be witnessing the arrival of new Pokémons too! However, gamers have to wait for some more time as along with the new Paldea region, Pokémon Scarlet and Violet are coming to Nintendo Switch platform on November 18, 2022. Please note that both of these games will remain Nintendo Switch-exclusive titles for the time being.

If you want to indulge yourself in a slugfest or bloodbath, then the upcoming Warhammer 40,000: Darktide happens to be your best bet. In a sci-fi 40K universe, you will be fighting the ultimate war with an array of crude weapons to choose from. It is extremely interesting that one of best video game releases of fall 2022, allows you to customize your own avatars. Warhammer 40,000: Darktide is coming on November 30 on Windows PC and shortly afterwards on Xbox One and Xbox Series X.

The murder-mystery game is completely out-of-the-box among the host of best video game releases of fall 2022. Being visually inspired by medieval artworks and illustrations, Pentiment appears quite engaging a game, in terms of gameplay and story-build up. The primary objective remains collecting clues, solving puzzles and interrogating fellow villagers – all in aim to investigate the serial murders happening at the local abbey. Pentiment is slated to be released in November on Windows PC, Xbox One and Xbox Series X. It is surely amidst the top video game trailers of Fall 2022.

You can buy any of these best video game releases of fall 2022 to have a beautiful time with the next-gen gaming experience. But it’s recommended that you yourself introspect the top video game trailers of Fall 2022 and then only place your order.

Meanwhile, you can have a look at our Christmas Tech Gift Guide to choose the best tech gifts from our tailor-made list that will immediately strike a chord with your beloved ones.

Where can I play the new God of War Ragnarok?

What is the price of the new God of War Ragnarok game?