The new VR Headsets 2023 might well change the dynamics, opening up a whole new [virtual] reality of sorts.

You must be extremely curious about the Best VR Headsets 2023, as it’s quite obvious. Today, VR (Virtual Reality) [along with AR (Augmented Reality)] is regarded as the next big thing in the tech world, by many. There are strong reasons too. If we have a close look at the latest scientific and technological developments, we will realize the direction in which we are heading towards.

However, having said all these, the wide acceptance of VR, is still in the making. Of late, we have started to witness many products which are being created by infusing the latest VR technologies. And among them, VR headsets are surely worth mentioning. Though, they are yet to strike a chord with the popular palate, VR headsets have already enough to be covered with great eagerness.

To the utmost interest of tech savvy people, game nerds and even film buffs or music aficionados, Technowize presents its curated list of ‘Best VR Headsets 2023’ – the ones to watch out for this year. Among the host of new VR headsets 2023 being lined up for release, we have handpicked a chosen few based on several important parameters. We can fairly say that these top VR headsets 2023 will cause a stir in the global tech industry, for sure. And some of them might well turn out to be absolute gamechangers.

Therefore, without much ado, let’s delve deeper with the Best VR Headsets 2023, the ones which can really catapult a massive change in equations related to not only headsets but technology and tech market in general. Here we go! 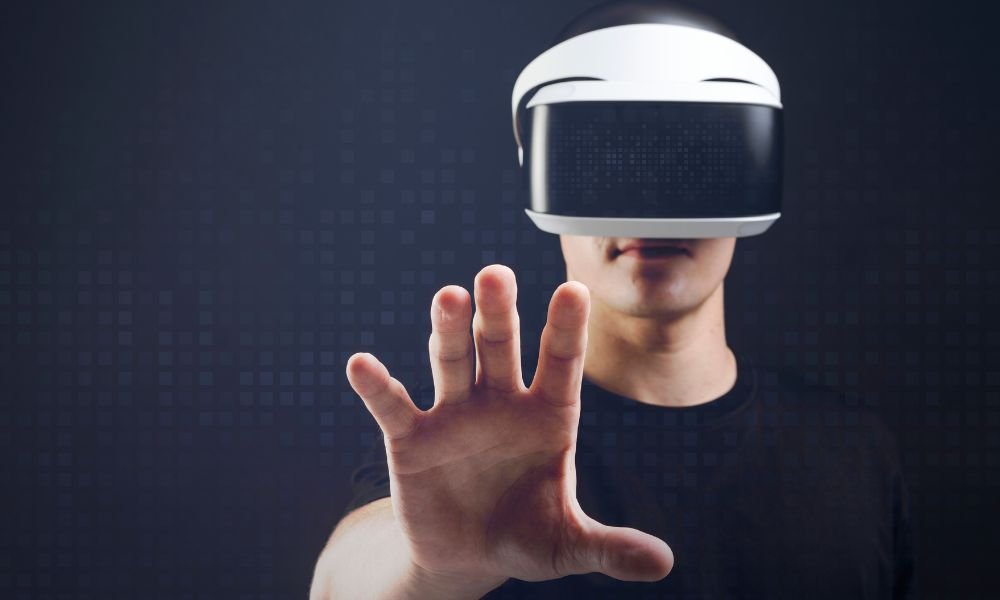 If the VR headsets manage to create a sensation across the tech town this year (which is well anticipated, as of now), it will steer significant changes in the global tech market that will have larger ramifications. [Image Credit: Freepik]

These are still early days for VR headsets as they are yet to find considerable takers. But the way things are shaping up, 2023 could be a happy hunting ground for them. Let’s have a close look at the top VR headsets 2023, which will be up for grabs very soon.

Among the list of upcoming Best VR Headsets 2023, the Meta Quest 3 is certainly the frontrunner. All eyes will be on the new entrant to the Meta Quest line up, which has so far failed miserably to live up to the sky-high expectations, at least in terms of sales figures.

It was only last year, when Mark Zuckerberg’s dream project Metaverse rolled out the Meta Quest Pro during the flagship event of the tech-giant, Meta Connect 2022. However, little did it manage to ‘connect’ with the wider audience around the globe. One of the primary reasons behind this lackluster start is indeed the fact that VR headsets are still not a familiar breed to the common users. Even the ones who love to get immersed into an intense gaming experience, find it a bit difficult to shell out so much in order to bring one of them home.

Then how does the upcoming Meta Quest 3 set itself apart? How is it going to turn the tables? For, the Meta Quest 3 will come along with several aces up its sleeve and Meta is leaving no stone unturned to ensure that it manages to tick as many boxes as possible. Let’s have a look at the key takeaways.

HTC happens to be another important player in this domain and is going to come up with a gem of a product. Pretty recently, the company unveiled its next-gen VR/AR headset HTC Vive XR Elite, which quite effortlessly makes the cut among the elite club of Best VR Headsets 2023.

It was a masterstroke on the part of HTC, to exhibit this much awaited tech gear at the auspicious stage of CES (Consumer Electronics Show) 2023. For your information, the HTC Vive XR Elite grabbed the eyeballs of the tech pundits and even managed to sail through our list of CES 2023 Highlights.

This is one of the most awaited tech products of the year, let alone VR headsets. In all likelihood, the HTC Vive XR Elite could be made available by as soon as late-February. We are expecting a price-tag of $1,099, which is less than the Meta Quest Pro but would cost you almost double, as compared to the upcoming Meta Quest 3.

It has been learnt that the HTC Vive XR Elite would weigh around half in comparison with the ‘much fancied’ Meta Quest Pro. It would be a thrilling affair to catch, when it gears up for an ultimate face-off with the Meta Quest 3, as the fight for the bragging rights of the VR/AR headset category gets even more spiced up this year.

Which One Shall I Buy?

Your call would depend on various factors that will have something seriously to do with your own set of priorities. For instance, the pocket-pinch becomes a key factor, along with weight and other performance metrics. Consider every aspect before finalizing your choice.

However, we would suggest you wait till they are launched officially and we get back to you with their exclusive reviews.

Best VR Headsets 2023: How They Could Change the Dynamics?

As we have discussed, VR headsets are yet to fire. But they don’t lack firepower. Their arsenal will get even more bolstered when this duo of top VR headsets 2023 – Meta Quest 3 and HTC Vive XR Elite, are released globally.

If they manage to create a sensation across the tech town (which is well anticipated, as of now), it will steer significant changes in the global tech market that will have larger ramifications. We could see the surge of VR games, which in turn might tweak the equations of the gaming industry and vice versa.

How much will the HTC Vive XR Elite cost?

We are expecting a price-tag of $1,099, which is less than the Meta Quest Pro but would cost you almost double, as compared to the upcoming Meta Quest 3.

When could the HTC Vive XR Elite get released?

In all likelihood, the HTC Vive XR Elite would be made available by as soon as late-February.