Fallout 76, Rage 2 and the Doom Eternal were the major hits at Bethesda E3 2018 press conference. The publisher made an impressive show this year, announcing its commitment to deliver remarkable games including bethesda starfield in the future; games that won’t be available before 2020 or even later. What a tease it was!

Bethesda had plenty in store to announce at the Bethesda E3 2018 press conference aside from the future games. The publisher also displayed how it creates games and how its creativity is driven by an indelible passion for games. It’s also interesting to know that some of our favorite games such as the Elder Scrolls Legends and the released Rage 2 will be making it to other platforms: Xbox One, PS4, and PC. 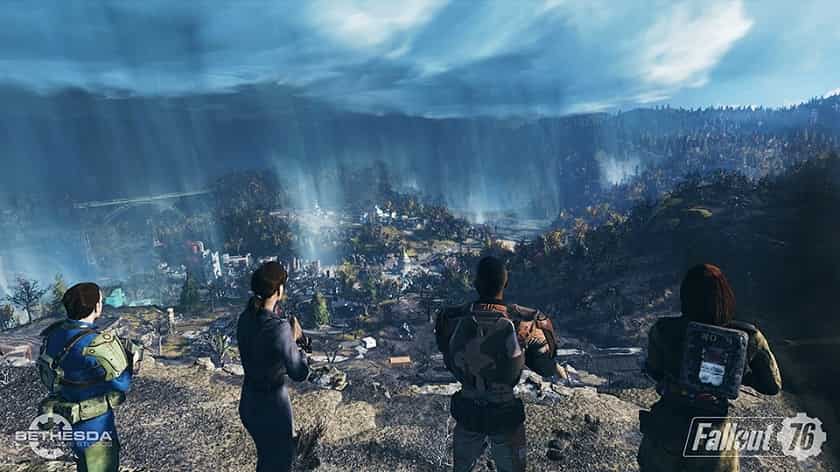 Technowize has compiled a summary of what would interest you about the Bethesda E3 2018 press conference, including the announcements.

Fallout 76 will be played with dozens of other players

While this made a big hit at Bethesda E3 2018 press conference, though not a new feature, Fallout 76 is “entirely online.” Not because itssurvivor-focused which will be played by dozens of plays, Howard said one can play it solo. The game is “a little bit scary,” he added. Fallout 76 takes place in the realm of West Virginia 20 years after the bombs fell. In the beginning, players step out to the wasteland after exploring the confines of Vault 76, just like the beginning of Fallout 4.

Vault 76 features a lot of new technology that heightens the visual treat. Players are meant to kill one another for rewards in the form of loot and experience. The territory is filled with nuclear missile sites that can be secured by players to destroy others or themselves. A nuclear code is required to activate each nuke.

Rage 2 was everything you expected

A lot of Avalanche Studio’s Rage 2 details were released at the press conference. The game featured a healthy dose of narrative to build one’s enthusiasm and indebt understanding. As anticipated, it’s a combat game with detailed vehicular combat. Rage 2 will be coming on PS4, Xbox One and PC in 2019. It could be a lot of fun.

DOOM 2: time for a demonic ass-whopping

Hell denizens have found a way to Earth and it’s time to act or die. Doom Eternal is another blockbuster shooter from Quake Champions that requires you to bring down the bizarre-looking monsters with profound shooting experience. The game, as announced at Bethesda E3 2018, will be released in August 2018 at QuakeCon. Though we can’t see more until then, it’s not quite far from now. It may also interest you to know that Quake Champions is offering a free-to-play trial version for this week only.

Prey will take players to the Moon

A new update for Prey is being rolled out by Arkane Studios with three new modes, with two of the modes requested by fans recently. The new expansion being worked on: Prey: Mooncrash will take players to the Moon and feature deadly hazards as expected. Bethesda also announced that a six-player multiplayer mode will soon be available like Typhon Hunter which will be feature VR support later this year. Here, one player will be working hard to hunt down others who will appear as mimics in the environment.

Wolfenstein: Young Blood will be released in 2019

The fight against invading Nazis continues for Jess and Soph; B.J. Blazkowicz’s twin daughters in Young Blood. We only know that the game will feature a single player or two-player experience representing the twins that must search for their missing father. Machine Games didn’t say other platforms the game will be available when released.

Elder Scrolls 6 is the next, next game Bethesda would be working on

That doesn’t sound really nice right? Well, we know virtually nothing about Elder Scrolls 6, at least for now. The tease at Bethesda E3 2018 was super brief. We saw only the logo, playing alongside Skyrim soundtrack. Todd Howard said the game will be next, next game the company will be working on. We shouldn’t expect it anytime soon.

Starfield is a major Bethesda Game

I suspect that Bethesda is taking its time to release this game, even though we didn’t get to know much about it. The teaser is actually a bit longer and we could say it’s a science fiction game set in space. Howard said Starfield is the company’s first major new franchise game in over 20 years. Interestingly, we will be having this game for a very long time.