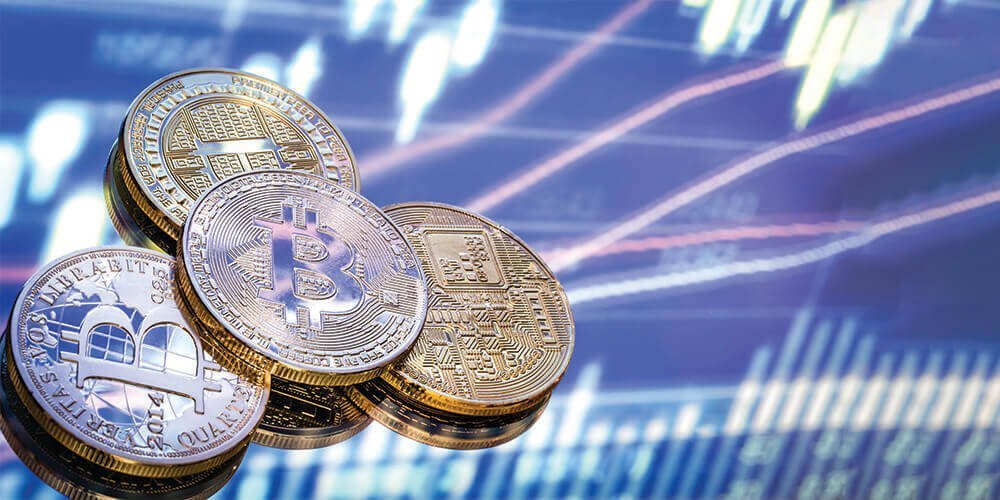 A JPMorgan Chase & Co. team said backwardation in the futures market of Bitcoins is a reason for caution. Backwardation is where the spot price is above futures prices.

“We believe that the return to backwardation in recent weeks has been a negative signal pointing to a bear market,” JPMorgan strategists led by Nikolaos Panigirtzoglou wrote in a note. They added that Bitcoin’s relatively depressed share of total crypto market value is another concerning trend.

Investors are waiting for the cryptocurrency to break out of its current trading value range of $30,000 to $40,000  that’s been in place since a collapse from a record of almost $65,000 in April. The recent hacking of the American pipeline and the Dark Web’s propensity for demanding payment in it along with criticism of the digital currency’s energy needs, and a Chinese regulatory crackdown, are among major obstacles.

The virtual currency “needs to push into $39,460 and the top of the recent range to really attract, but we will need to see a break here for the bulls to feel we’re out of this period of vulnerability,” Chris Weston, head of research with Pepperstone Financial Pty, wrote in a note Thursday.

The recent move by El Slavador to make it a legal tender has given it a boost. Brazil’s Nubank, the digital bank that has attracted investment from Berkshire Hathaways, is also considering opening the digital bank for consumers. Nubank says it will offer bitcoin investment following its acquisition of brokerage firm Easynvest which offers the trading of Brazil’s first bitcoin exchange-traded fund (ETF).

Bitcoin’s share of the overall crypto market value is 42% currently, down from roughly 70% at the start of the year, according to tracker CoinGecko. Bitcoin’s share may need to go upto 50% to rule the current bear market as over, the JPMorgan strategists said.

There are equal number of proponents and opponents of the cryptocurrency. The recent entry of institutional investors has added to its record rallies as it is seen as a legitimate hedge against dollar weakness and inflation risk. But others believe it is bubble based on no fundamentals and ready to burst.

“Here you’ve got both fear and greed driving that baby to the moon,” said Bryce Doty, portfolio manager at Sit Fixed Income Advisors. “That does qualify as frothy.”

The problem with Bitcoin is that it has no fundamentals. It is a token of exchange used to transfer money with a transaction fee. The only thing that Bitcoin investors have is hope that its will increase in the future based on demand. Hence, it has no minimum value, so you are never sure if you are underpaying or overpaying, which drives volatility.

Traditional markets have a volatility index (based on a 30-day forward-looking price expectation based on S&P Index prices). More recently, a volatility index for Bitcoin was floated, and it tracks the volatility of the world’s leading digital currency by market cap over various periods.

Bitcoin volatility is also driven in large part by varying perceptions in its store of value capacity. Store of value allows a future transfer of assets. Bitcoin’s store value fluctuates based on news events. Liquidation of Bitcoin holdings is another factor. Bitcoin has not reached the mass market adoption rates necessary to provide option value to large holders of the currency.