Bitdefender Box Review: This Smart Home Cybersecurity Hub lives up to the hype!

Bitdefender BOX is a supercharged router, built to protect laptops, desktop PCs, tablets, mobiles, and other connected devices from internet vulnerabilities. It shields your devices from hackers, malicious websites, malware and more!

The New Bitdefender Box is an essential home security appliance that can replace or run with your existing network topology. It serves as a central firewall for all connected devices and monitors all incoming connections to maintain safety. Bitdefender BOX blocks malicious internet traffic and outgoing requests to known malicious websites and also monitors your network constantly for any suspicious behavior or unknown devices. 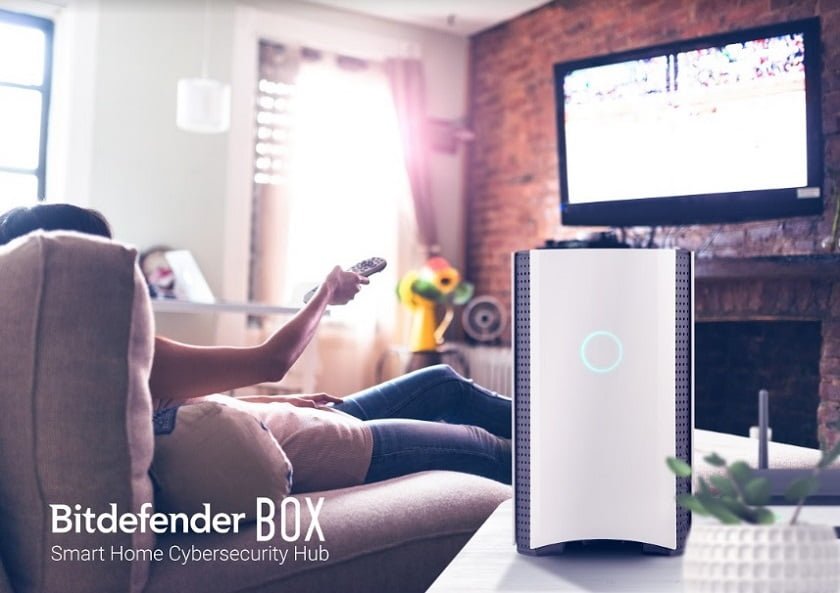 Bitdefender BOX has two generations so far; BOX 1 released in 2015 and BOX 2 (2017). While both provide internet security services, the second generation (BOX 2) is a huge upgrade of the Bitdefender’s initial release, with additional security features and hardware upgrade.

The first generation Bitdefender BOX is really small and light – weighing around 3.25 ounces with a dimension of 1.1 x 3.5 x 3.5 inches (HWD). It’s completely white in color, making it look like an Apple device and has a down-facing LED that indicates the device’s status.

BOX 1 has two internet ports, a reset button and a power port all at the back of the device. The LED glows steady teal when configured and working normal, flashes teal when it’s not configured, white when it’s performing update and red if there’s a problem.

BOX 2 has a semi-triangular tower design with a black-and-white color which can blend anywhere in your home. It has no fan – no noise at all, yet BOX 2 could barely get warm no matter how long you use the device, thanks to enough interior space in the design. Along the black stripe, at the back are two Ethernet ports for input and output. It also has a reset button, power port, and supplied with an Ethernet jumper cable (category 6) and an AC adapter. The entire pack also contains a warranty card and a quick start guide to assist you with the device setup.

Bitdefender BOX is a great solution for the protection of Internet of Things which has no provision for antivirus installation or security patches. It combines the functions of a network security unit with a Wi-Fi router. A notable feature added to the second generation BOX is its ability to block connections to known malicious websites. 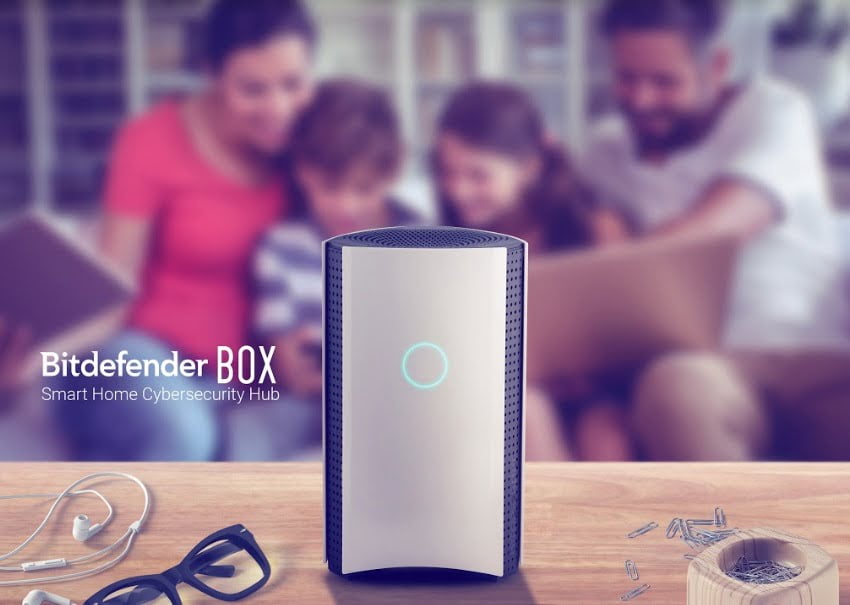 BOX has protection against brute-force (password guessing) attacks and detects an anomaly in a network. It’s sensitive to personal data in your network by protecting them from theft and serves as a firewall to protect everything on your network. Attacks such as SSL injection, local file invasion and path traverse are all averted by BOX using its advanced exploit protection.

BOX shuts down traffic if it detects any anomaly in your network. It has outgoing data filtration system which protects personal information from leaving your network; information such as bank account, credit card and social security numbers. BOX gives you alert each time there’s a new device in your network and can also carry out an assessment of a device vulnerability level. Updates to the device firmware are encrypted by Bitdefender to prevent loading of malicious updates and the Total Security software supplied with BOX offers parental controls which can be used to block inappropriate contents from children.

We noticed that the device does not really affect the overall speed of your internet even though the router has no competition with high-end routers.

We tried to ascertain how much the Bitdefender BOX has distorted our internet network for providing such a good security. As mentioned earlier, BOX is not promoted as a high-end router, but it proved to be very efficient, far better than its counterparts.

The BOX recorded an average speed of 403.1 Mbps at 150 feet away from the device. That’s approximately 20 Mbps faster than the closest competitor, Norton Core which has a speed of 382.1 at the same distance.

Price for the BOX is $249.99, with an annual subscription fee of $99, due after one year of purchase. Renewal is basically for the Bitdefender Total Security Antivirus software which has an unlimited number of internet devices. If we consider the price of the antivirus software alone for one year ($120), it means that the BOX is only sold for $130 with a yearly discount of $21 for an unlimited subscription. 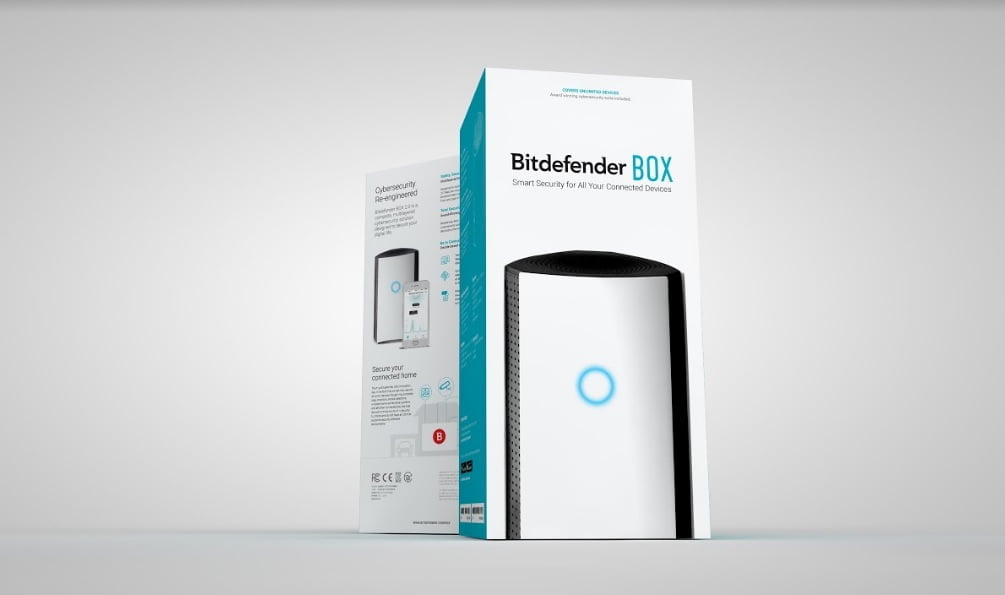 A dedicated app is required for the installation and management of Bitdefender BOX and the app is only available for devices running Android 4.0+ and iOS 7.0+. Windows 7 or later and Mac OS 10.9.5 are system requirements for Local Protection, VPN and Device Management.

Setting up BOX 2 is a slightly easy and took us about 18 minutes. The first generation BOX took less time, however. We already have a network and didn’t configure the BOX as standalone – we connected it to a router in a bridge mode. The BOX can work with a modem and a Wi-Fi router, or just your modem. It can also work with a combined modem-Wi-Fi router supplied by your ISP. 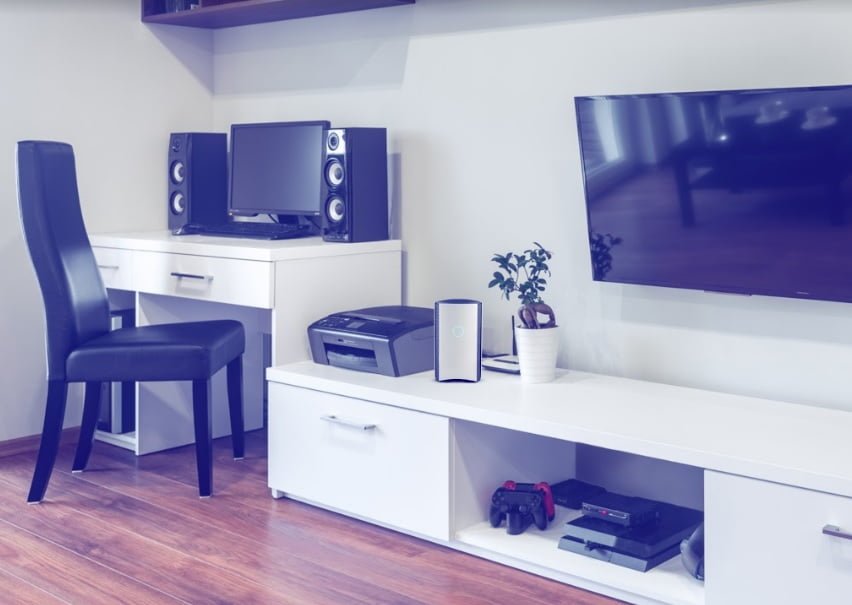 At first, you need to install the Android or iOS-based dedicated app – this is the only way to set up the device. We were able to create a Bitdefender account using the app on iPhone 8 and followed the quick guide manual provided which requires that we tap more, install protection, and then Setup Bitdefender BOX 2.

The ring LED begins to spin to identify that the process is completed. We connected the Bitdefender BOX 2 to the Ethernet port of the broadband modem and using a password printed on the back of the device, we connected the Smartphone to the BOX.

Using another Ethernet cable we connected the BOX to the wireless port of a Nighthawk AC1900 router and manually disabled the router’s DHCP server to allow BOX 2 to assign the network’s IP addresses.

At this point, the free IoT scanner scanned the network to identify all connected devices. It found all in our network including our printers, PS4 console, and storage drives. The notebooks, tablets, and phones received emails from the device to download the antivirus client software so they could join the network.

As mentioned earlier Bitdefender BOX is the most viable device to protect all our internet devices, with the maximum output compared to its counterparts. $249.99 is a good deal to replace any ageing router with the maximum internet security package included.