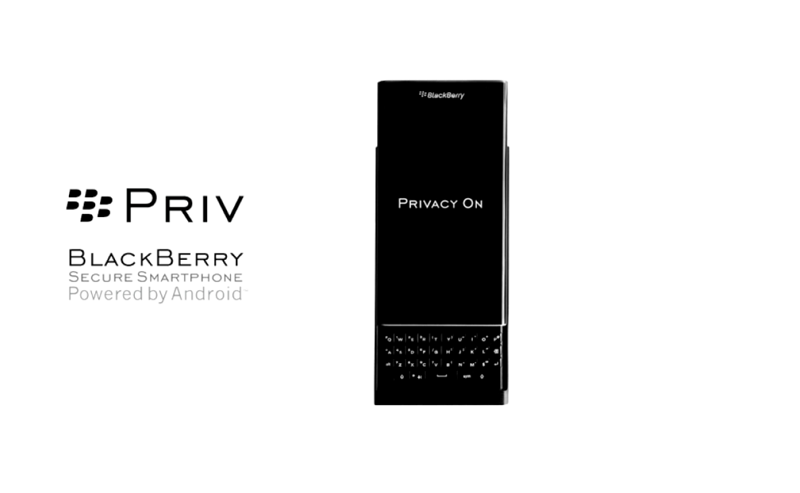 In past six years, the Canadian maker of smartphones BlackBerry has seen enough trouble. Its shares sank, it went through a public “strategy review” of its business plan, and it even put up a sale sign in desperate times. Back in the day, at the heights of its popularity BlackBerry sold over 14.6 million pieces annually. Today, BlackBerry CEO John Chen says the company must sell 5 million handsets to exist in the smartphone market. Much like a blast from the past, BlackBerry is scrambling for the legendary reputation it had a decade ago. Several years too late, it has introduced BlackBerry Priv the company’s first ever handset to run on Android. It sports both a touchscreen and the ape-like physical QWERTY keyboard. Let’s take a look at our BlackBerry Priv Review.

Priv runs a slightly customized version of Android 1.1 (Lollipop) and not the recently announced Marshmallow, although an upgrade will be issued in coming months. Users are going to find a pretty clean Android interface but with a hint of BlackBerry here and there. There’s the red and white asterisk splat notification bubbles, the unread notifs on the lock screen popping up and the widgets that fill up your screen. Hello nostalgia!

At the display’s curved edge one can find a small white productivity tab where they may store contacts, unread messages, tasks and customize them. Here are the BlackBerry Priv specifications: it has been built with an octa-core 64-bit Snapdragon 808 processor and 3GB of RAM. It runs pretty smoothly, although it becomes warm to the touch randomly.

In our BlackBerry Priv Review, we found that the most impressive feature of all is the security the handset offers you. The DTEK by BlackBerry app monitors user activity. It is a portal to all your security settings, offering advice on how to better protect your handset such as adding a password or checking which apps have been recently accessing your data.

When fully extended, the stunning Priv is 7.2-inches with a non-slippy ‘tensile weave’ body. It has a .4-inch 2560×1440 resolution curved display, with colors appearing sharp and detailed. It is reinforced with glass fiber and Corning Gorilla Glass 4 coating. A double-tap on the display wakes it from sleep mode.

At 9.4mm thickness it’s not thin however the curved edges of the phone makes it look a lot thinner than it is. Also, it’s quite chunky at 192g.

BlackBerry claims the non-removable 3410mAh battery, which has a lot more virtuoso than both the world-class performer Galaxy Note 5 (3,00mAh) and the chunky S6 Edge (2,600mAh), to have 22.5 hours of mixed use. In our experience of reviewing, this is pretty surprising given the power-hungry OLED display.

The BlackBerry Priv rear-facer is equipped with an 18-megapixel Schneider-Kreuznach-certified imaging sensor while the front-facer is a 2-megapixel camera with selfie panorama mode. Similar to any other high-end smartphone available in the market, the latest handset comes with optical image stabilization (OIS), phase-detect auto focus, 4k video recording at 30fps, and software-based live image filters. The most notable of all is the ability to take pictures whilst recording a video, and pressing the space bar on the physical keyboard when in the camera app triggers the shutter on the rear lens. Overall, in our BlackBerry Priv Review we found the camera to be a little slow to focus and capture. The images produced are well-balanced with a good depth of color. However, in low-light they’re quite grainy. For a long-time BlackBerry user upgrading to BlackBerry Priv the camera is great, however for an Android or an iPhone user, the camera is pretty disappointing.

When it comes to Android smartphones there are many in the market with a virtual keyboard but with one exception the Galaxy S6 Edge with its accessory $80 keyboard cover. The slide-out keyboard is touch-capacitive, so a little thumb wandering can riffle you through menus, apps, widgets and shortcuts. One notable feature is the ability to assign a keyboard key to an app. For example, opening GroupMe by hitting ‘g’ or contact by hitting c’. Those with large thumbs are ought to find the whole keyboard-typing experience a little frustrating. There’s also the clever predictive keyboard feature that was last seen in BlackBerry 10.

BlackBerry Priv price is set at $700 for “unlocked” so it works with a carrier of your choice. The first ever Android loyalist handset may give the fall smartphone company another chance to exist and thrive in the market. Is it worth the price? We leave it to you.