Blue Origin delayed the planned launch of its New Shepard rocket from West Texas due to an unforeseen power glitch. The reusable New Shepard rocket and capsule was earlier scheduled to take off on an unscrewed test flight from the West Texas launch facility of Blue Origin at 10 a.m. However, an hour before the liftoff, Blue Origin delayed the launch by around 100 minutes initially “to allow for the cloud cover to clear off in the West Texas sky,” the company stated in the morning.

But even as the cloudy skies cleared up, Blue Origin cited another problem- this time; it was a power glitch and scientific payloads inside the capsule. “We’ve detected a potential hindrance with the power supply to the launch experiments. The launch postponed and canceled for today,” Blue Origin stated around 30 minutes before the new scheduled targeted liftoff time. A new launch date by the company is yet to be announced. 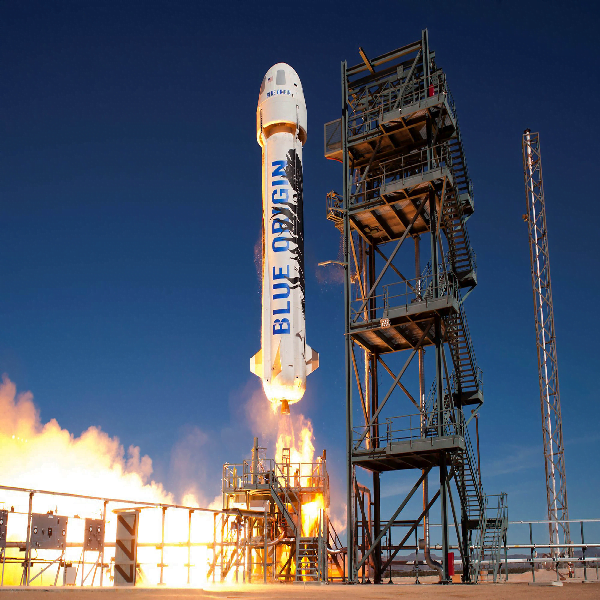 Blue Origin stated that hitching a ride to and from space aboard the New Shepard are 12 science payloads affected by the power anomaly. It, however, didn’t specify the loads. One of the shipments here is NASA’s Deorbit, Descent, and Landing Sensor Demonstration. This tool will help the space organization to develop new precision landing technologies for future human missions to the lunar surface. “The experiment will verify how advanced technologies like sensors, computers, and algorithms will collaborate to determine a spacecraft’s location and increase the speed as it approaches the moon. It will also enable a vehicle to land autonomously on the moon within 100 meters of a specified point,” Blue Origin officials stated.

Some other payloads on the NS-13 rocket include the following:

New Shepard is a vertical takeoff and landing suborbital rocket developed by Blue Origin. The rocket is created as a commercial system for suborbital space tourism for humans. The Blue Origin company is owned and led by Amazon founder Jeff Bezos and aerospace engineer Rob Meyerson.  The name New Shepard is about United States American astronaut in space, Alan Shepard.

The prototype engine and vehicle flights by Blue Origin were tested in 2006, and the full-scale engine development was completed in 2015. The un-crewed flight testing of the completed New Shepard vehicle started in 2015. after completing 100.5 km altitude on 23 November 2015, the suborbital New Shepard booster successfully vertical soft-landed. This is the first time a suborbital booster rocket returned from space and conducted a successful vertical landing. The test program continued in 2016 and 2017. Four additional test flights were constructed with NS2 in 2016, and the first test flight of the new NS3 vehicle conducted in 2017.