The car freaks around the globe are eagerly waiting for the BMW X1 2023 to arrive. BMW, which specializes in performance luxury vehicles, ran riot through the automobile market with its X1 model. This happens to be the Munich-headquartered company’s entry-level SUV, which doesn’t burn your pocket unlike most others in this increasingly popular domain.

The 2023 BMW X1 has gone through a massive redesign and unlocked an array of new features to make the journey even more exhilarating. X1 paid huge dividends to BMW as agile handling, eager nature and practical shape resulted in a widespread popularity. It also got reflected in a jaw-dropping sales figure.

Let’s have a ride with the refreshingly new BMW X1 and weigh its new features as its grand global release awaits car maniacs across the world. 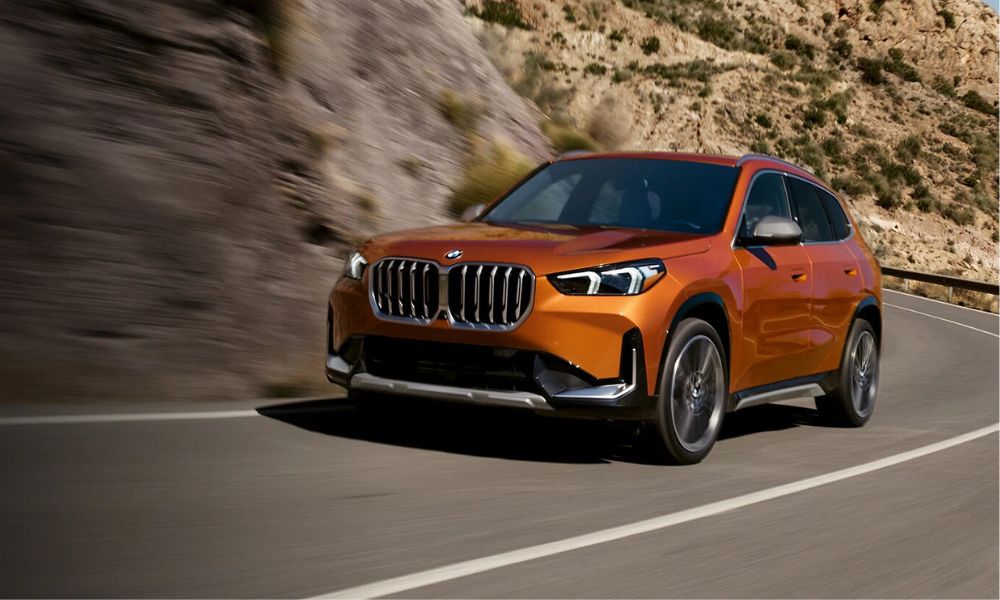 The new BMW X1 appears to be a massive upgrade over the 2022 model. [Image Credit: BMW]

The new BMW X1 is the result of a rigorous upgrade, which has unleashed more power and added some interestingly new characteristic features. BMW markets the upcoming BMW X1 2023 as ‘Compact Yet Mighty’; something that not only speaks volumes about its authority but also helps you get an essence of the ‘beautiful monster’ i.e. the new BMW X1. Here’s a sneak peak of its salient features and significant aspects that separate it from the wave of SUVs out there.

Much like its previous version, the 2023 BMW X1 is also equipped with a turbocharged 2.0-liter four-cylinder engine, which boosts its performance to a great extent. But the revamped version houses 241 horsepower, which is almost 13 times higher than the earlier edition. The series of modifications have made all-wheel drive a standard one. In addition to all these, the BMW X1 2023 comes with a new seven-speed dual-clutch automatic transmission.

BMW claims that the new BMW X1 has now got enough firepower to clock 60 mph in only 6.2 seconds. The automobile-giant is reported to have redesigned X1’s suspension in its bid to offer serious improvement in terms of handling and stability. Thanks to the presence of the M Sport package, the soon-to-be-released budget SUV has got an adaptive suspension system and steering-wheel-mounted shift paddles. This certainly enhances the overall performance by manifold. The M Sport package also gives room to more aggressively bolstered seats, a unique steering wheel and various sporty-looking exterior tweaks.

According to the EPA estimates, the 2023 BMW X1 is likely to deliver 25 mpg city and 34 mpg highway. When we take the stats of the 2022 model into consideration, it falls short in comparison with the upcoming one’s, in both metrics. 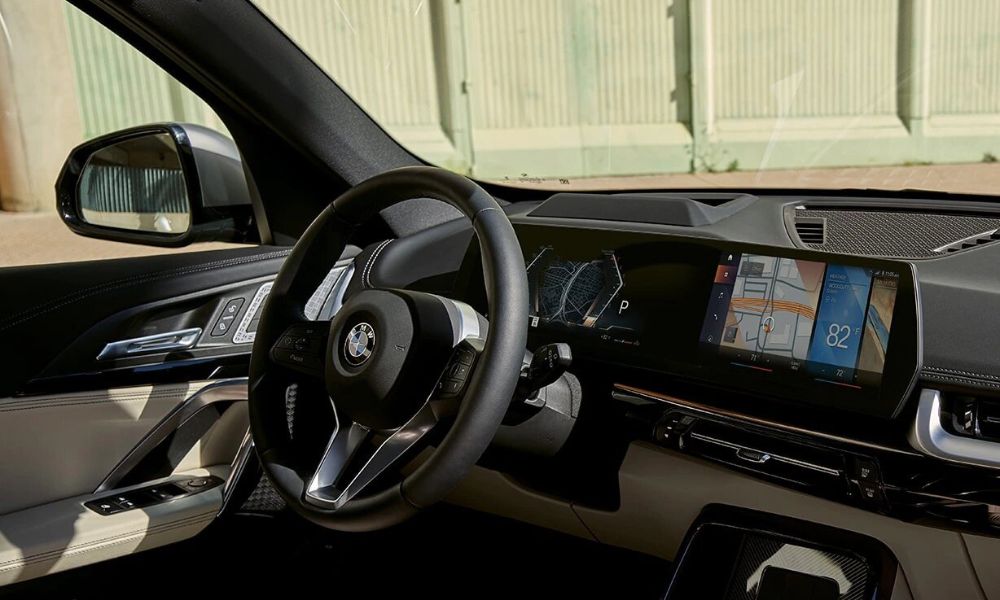 Now you will have more space inside, along with an array of new features. [Image Credit: BMW]

You can enjoy more touch-centric control with 10.25″ Digital Instrument Cluster and a 10.7″ Central Information Display. Inside, there’s now more space, thanks to a brilliant space management that has gone into its making.

We can witness a modern approach, when it comes to the overall interior design and it has resulted in a toggle-switch shift lever, a floating center console, an all-digital dashboard and designer elements like textured speaker grilles. Moreover, there’s dual-zone automatic climate control, ambient interior lighting and a power liftgate to provide even more ease.

It boasts of BMW’s latest iDrive 8 Operating System with Intelligent Personal Assistant, which is seamlessly compatible with wireless Apple CarPlay and Android Auto.

Taking all the aspects into consideration, the BMW X1 2023 is a great choice if you are planning to go for a budget friendly SUV. With the availability of Active Blind Spot Detection, Lane Departure Warning and Frontal Collision Warning with City Collision Mitigation, you seem to be fully covered. The new BMW X1 comes with a price-tag of $38,600 along with a warranty of six years or 70,000-mile powertrain coverage.

Yes. The new BMW X1 comes with a warranty of six years or 70,000-mile powertrain coverage.