Boston Dynamics’ Robot Dog SpotMini Could Accompany You to Work

Boston Dynamics is all set to begin selling quadruped robot, SpotMini by next year. The company co-founder and President Marc Raibert demonstrated SpotMini’s abilities and utility at the TechCrunch Robotics Conference, this Friday.

SpotMini is the quietest mechanical structure ever invented by the company. It inherits the design of its bigger brother, Spot except for size and an additional arm. The dog-like robot is a small 0.84m sized machine which operates for 90 minutes on a single charge. The mini Boston Dynamics robot can grasp objects, ascend stairs and roam easily in offices, homes and outdoors. It weighs 30 kg including the arm’s weight.

“Most places have something where wheels don’t get you everywhere. We think SpotMini can go to a much larger fraction of places.”  –Marc Raibert, President Boston Dynamics

Presently the company has 10 SpotMini prototypes. To start with commercial selling the mini dog-like robots by 2019, Boston Dynamics will partner with manufacturers to produce its 100 units initially. The company also has the plans to expand the production capacity before the actual sales of mini dog-like robot begins. 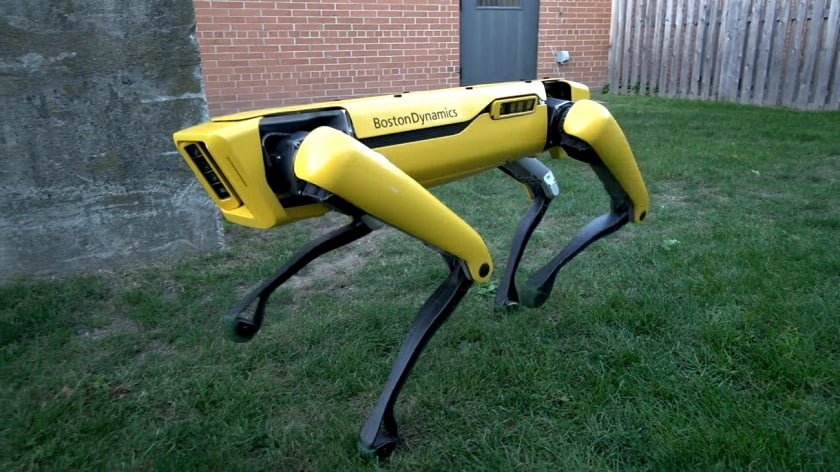 Raibert did not comment on the price of SpotMini. However, he clarified that the newest SpotMini prototype costs 10 times less to assemble compared to its previous iteration. Yet it is important to remember that Boston Dynamics is considered as a high-profile robot manufacturer in the industry. So don’t be surprised if SpotMini costs you an arm and a leg.

Boston Dynamics, owned by SoftBank, was a subsidiary of Alphabet until it offloaded it in 2017. Some of its impressively engineered robots are BigDog, WildCat, Atlas, and Handle. The development of SpotMini also commenced while being associated with Alphabet. 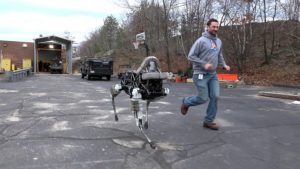 During the TechCrunch conference, the robotic firm showcased the SpotMini autonomous navigation feature. Firstly, the human operator needs to move the SpotMini to a specific location. Then the mini Boston Dynamics robot draws a map of the location using its perception sensors. These sensors include stereo cameras, deepness camera, an IMU and position sensors. “This robot is using cameras facing forward, backward and on two sides to navigate through space,” Raibert stated. With the motion planning software, the mini robot registers the obstacles in the area and decided upon on how to take over them.

Moreover, Raibert envisions robot technology as more important than the internet information. He reiterated that the robot lets one touch and move everything physically whereas can only give access to the available information.