Brace Yourself For the Samsung Galaxy Note7 Unpacked

Thanks to the advent of new-age technology, consistent upgrades are now a clamor amid tech-savvy individuals. This bunch of people loves trying out new gadgets arriving in the market. Wearable, VR headset, smartphones, and tablets have become an important part of our lifestyle. Tech behemoths are fighting their way hard to seek the ultimate market dominance. This is the reason why they never shy away from constant updates. The companies like Samsung Electronics and Apple Inc., which are a household name, are always consistent with their device upgrades. 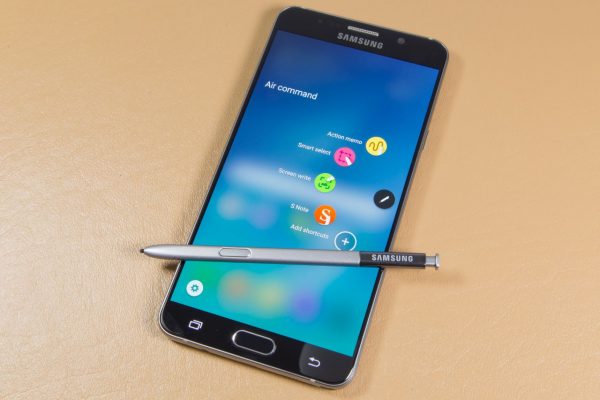 It feels like only yesterday we arrived in terms with the almighty Samsung Galaxy S7 and Samsung Galaxy S7 Edge series. The smartphones proved out to be the biggest money spinners for Samsung. In fact, these two models drove the majority of revenue for the South Korean tech giant. The company will carry forward its ruling legacy with the Galaxy Note7 release. Just a few more hours to go before the Samsung Galaxy Note7 Unpacked event comes to life. If rumors are true, Samsung will also launch the new version of its VR hardware. The launch event is a great platform for Gear VR 2. It will give maximum marketing opportunities and free publicity to the upcoming gadget.

Galaxy Note7 May Push The Bars Higher For Apple

Falling iPhone shares is not an unknown event to anyone who is interested in either technology or stock markets. Samsung has carefully planned its launch date ahead of the iPhone 7’s potential release month. The iPhone 7 is not undergoing a major design overhaul, which has been keeping individuals related to Apple on the edge. Meanwhile, Samsung has a different story to proceed with. Galaxy Note7 is set to lure the public with its power-packed features. Thanks to all the rumors about this top-of-the-line smartphone, Samsung lovers are heavily anticipating the arrival of Note7 in the market.

On one hand, there’s this new Note with latest features and design overhaul and on another, there’s iPhone 7 series with only a few upgrades and the same design. Clearly, Samsung is on the higher scale. The Galaxy Note7 release will definitely give a hard time to iPhone 7 if the former’s latest launch is anything like the S7 and S7 Edge.

You can read our Galaxy Note7 Preview and get information about rumored Gear VR 2 here.

The countdown has already begun. You don’t have to fly down to Rio de Janeiro, New York City, or London to watch the event as it unfolds. In fact, you can go to the company’s official website and watch 360-degree live video streaming while lying on your couch. The launch event will take place in New York at 11:00 a.m. The London and Rio de Janeiro launch events are scheduled at 4:00 p.m.