Brave AdBlocking Browser In a Holy War Against Major Publishers 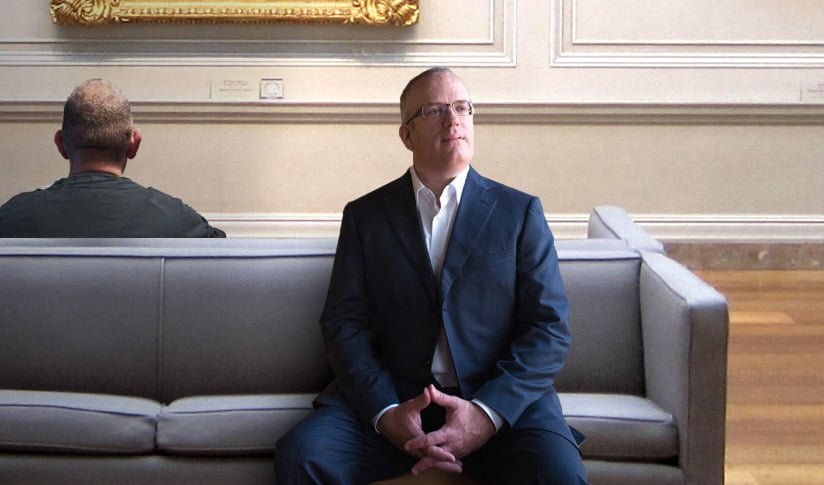 Adblockers are consumer’s way of telling advertisers that they do not want to be tracked. While, certain publishers are still weighing their options, other publishers, like Forbes, ArsTechnica, Slate, The Atlantic and WIRED, have fought back with the technology.

Brave Software, the company behind the adblocking browser launched by Mozilla co-founder Brenden Eich, recently announced that it is working on a way to strip out existing ads with those from its own network and split revenues with sites and readers.

In response to this, leading members of the Newspaper Association of America (NAA) threatened legal action against the adblocker in a cease-and-desist letter, calling it “blatantly illegal”. The letter was signed by legal representatives for 17 publishers, which collectively publish 1,200 daily newspapers, including The New York Times Company; Gannett Co.; and Dow Jones, owner of The Wall Street Journal.

“We stand ready to enforce all legal rights to protect our trademarks and copyrighted content and to prevent you from deceiving consumers and unlawfully appropriating our work in the service of your business,” the publishers wrote in the letter.

Brave seems to have a case to make as a browser that provides a faster, less intrusive web browsing experience. The Brave adblocking browser replaces existing, intrusive ads that may be tracking users and carrying malware, in order to protect their privacy. Brave then fills those empty slots with ads from its own ad network, while storing users’ information only in the local browser. The revenue generated by those ads is then split between Brave (15 percent), its ad-matching partner (15 percent), the publishers (55 percent) and the reader (15 percent). A Bitcoin-based micropayments system (the company is still working on it) will allow readers to donate their cut to the publisher if they so choose. Readers can also opt for an ad-replacement mode where they are shown fewer ads, which are sold by Brave Software, and deemed by the company to be safer and faster.

It seems as though the lobbying of verbal grenades from publishers against the adblocking technology has just started. The Brave adblocking browser won’t be replacing native ads that do not use external tracking. In addition, it will be paying publishers more revenue than the current average percentage offered by third-party networks.

This is most certainly a reason for publishers to go into a full-blown crisis against the rise of sophisticated, non-intrusive ad-targeting technology. Adblocking softwares and browsers are becoming mainstream, eradicating data-intensive ads like pop-ups, autoplay audio and video ads, and retargeted banners. According to a study commissioned by Adobe and conducted by PageFair, the use of adblocking software increased by 41 percent in 2015, with 198 million active users worldwide. It estimates that ad blockers on desktop computers will cost publishers $22 billion this year.

At the start of this year, Randall Rothenberg, the president and chief executive of the Interactive Advertising Bureau, directed venom at developers of sophisticated adblocking tools during his keynote address to its groups’ annual leadership meeting.

Adblockers across the globe are firing back. Roi Carthy, the chief marketing officer for Shine, an Israeli company that sells adblocking software to wireless carriers, calls this the “holy war” for adblockers. Brave Software isn’t the only fish in the sea. Google recently began offering an premium ad-free experience with its Contributor program. Similarly, Sprint launched Boost Mobile, a program where users get paid to view ads.

As Brave put it, this is ‘the first shot fired in a war on all adblockers.” It’s futile to wage a war against Brave’s adblocking software when there are similar such platforms that support adblocking. There’s Opera’s adblocking browser and Microsoft’s Edge browser that works with extensions from partners like Adblock and Adblock Plus.

Publishers have declined to team up with Brave, and threatened to seek damages of up to $150,000 per article that the web browser monetizes.

The FTC will be addressing the online advertising-adblocking issue this summer. It’s highly unlikely that the Congress will act given how candidates heavily rely on tracking and online tracking technology to amass voters.

Here is Brave’s full response to the strongly-worded letter:

The NAA sent a letter to Brave Software that is filled with false assertions. The NAA has fundamentally misunderstood Brave. Brave is the solution, not the enemy.

The NAA’s letter to Brave Software asserts that any browser that blocks and replaces ads on the browser user’s device performs “unauthorized republication” of Web content. This is false on its face, since browsers do not “republish”, serve, syndicate, or distribute content across the Internet or to any computer other than the one on which they run.

Browsers are the end-point for secure connections, the user agent that actually mediates and combines all the pieces of content, including third-party ads and first-party publisher news stories. Browsers can block, rearrange, mash-up and otherwise make use of any content from any source. If it were the case that Brave’s browsers perform “republication”, then so too does Safari’s Reader mode, and the same goes for any ad-blocker-equipped browser, or the Links text-only browser, or screen readers for the visually impaired.

The NAA letter also falsely asserts that Brave will share an “unspecified percentage of revenue”, when our revenue share pie chart has been public and fixed from our first preview release in January. We give the lion’s share (pun intended), up to 70% of ad revenue, to websites, keeping only 15% for ourselves and paying 15% to our users.

We sympathize with publishers concerned about the damage that pure ad blockers do to their ability to pay their bills via advertising revenue. However, this problem long pre-dates Brave. We categorically reject the claim that browsers perform “republication”, and we repeat that Brave has a sound and systematic plan to financially reward publishers. We aim to outperform the invasive third-party ads that we block, with our better, fewer, and privacy-preserving ads.

Finally, we note that malvertisement has gotten onto the websites of the New York Times and the BBC recently through the ill-designed, unregulated, and poorly-delegated third-party advertising technology ecosystem. Truly, this tracker-based ad-tech ecosystem is what is damaging the brand value of content publishers and driving users to adopt ad-blocking software. Brave blocks and replaces only third-party ads and trackers. Our system thus actually repairs the damage that publishers have carelessly allowed their ad partners (and partners’ partners, to the seventh degree of separation) do to their trademarked brands and names.

Make no mistake: this NAA letter is the first shot in a war on all ad-blockers, not just on Brave. Though the NAA never reached out to us, we would be happy to sit down with them for an opportunity to discuss how the Brave solution can be a win win. We will fight alongside all citizens of the Internet who deserve and demand a better deal than they are getting from today’s increasingly abusive approach to Web advertising.