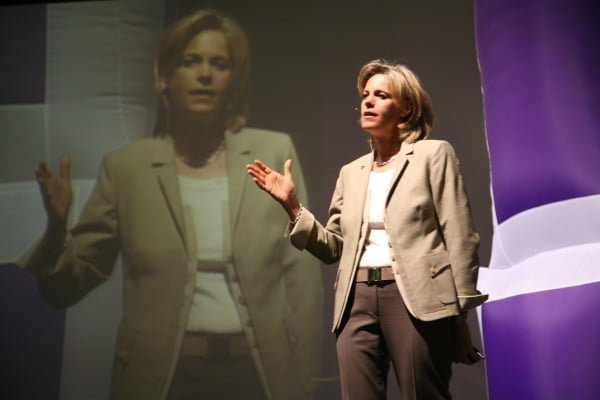 Long ago, Susan Decker (Ex-President of Yahoo) was considered as a shoo-in nominee and a star executive for the title of Yahoo CEO. A number of decisions, especially her key role in rejecting the buyout deal offered by Microsoft, reportedly derailed her star reputation. In 2009, the company brought in Carol Bartz to play the role of Yahoo CEO, which eventually led Decker to move out of the company.

Her exit never came on her way to success as she is currently one of the most respected business executives around the world. Sue Decker, in fact, serves as a board director for some of the largest corporations, including Berkshire Hathaway, Costco, and Intel.

On Friday, Ex-President of Yahoo broke her silence over Yahoo’s downfall after Vox welcomed her as one of its board directors. According to Susan Decker, the strings of Yahoo leaders have failed to address the core issue of the company, which has led to a massive downfall. They have failed to define the actual notion of Yahoo to users.

She went on saying that while Facebook and Google have branched out their business segments, customers still define these two as social media and search destinations. But it’s not the same case with Yahoo because customers aren’t aware what the company is actually up to.

Ex-President of Yahoo is no more involved with the company, but she still offered some advice to the beleaguered multinational giant during her CNBC interview. She said the company has become mediocre in its various segments because of the breadth. It is getting bigger without addressing a particular interest, which is raising the level of mediocrity.

This comment came out in reference to the company’s lack of focus, which is an oft-criticized segment of Yahoo. It is involved in everything, for instance, social, news, and email, without mastering one particular segment.

To fix this issue of downfall, Decker feels a change in leadership in inevitable. According to her, the company should opt for a new CEO.

“It was a tough hand that current Yahoo CEO Marissa Mayer was dealt, and I think she’s done her best to play it. But at this point, it really probably needs to have a new owner situation,” she continued.

Decker also believes that going private or becoming part of a larger corporation will work in the favor of Yahoo, especially as it will help in avoiding the heavy media scrutiny that constantly surrounds the company. According to latest reports, Verizon appears as the front runner followed by firms like TPG swirling around to acquire the core internet business of Yahoo Inc.

Regardless, the Ex-President of Yahoo says the only way to save the company from any further downfall is by bringing the core issue in focus and fixing it.

“I hope the next owner can do something to revitalize the spirit of the core things that made Yahoo very, very unique and create a distinction in consumers’ minds about why they love yahoo still,” she said.