Most Brilliant Tech Product Designs of the Year

The Volkswagen Beetle, released in 1938 and produced until 2003, is the best-selling design in automotive history. Known as “the people’s car” (literally, Volks + wagon) it became a symbol of a counterculture in the 60s. The car has such an affable design that it made Hollywood outings in 1968’s The Love Bug, before becoming a thinking, self-driving car in Herbie Rides Again (1974), Herbie Goes to Monte Carlo (1977), Herbie Goes Bananas (1980) and most recently in Herbie: Fully Loaded (2005). According to car designer Sam Livingtone, our attraction to Volkswagen Beetle’ anthropomorphic features is deeply rooted.

If not consciously, then purely subconsciously, consumers infer from its anthropomorphic design. This is the power of product design. In fact, form and function aside, feeling is the most important dynamic, one can add when we design objects to solve human problems. That said, every year, companies use design as a buzzword to create ingenious, human-centric products, to solve modern human problems. Keeping that in mind, we have shortlisted the most ingenious examples of product design for 2016.

Some of the Most Brilliant Tech Product Designs of the Year 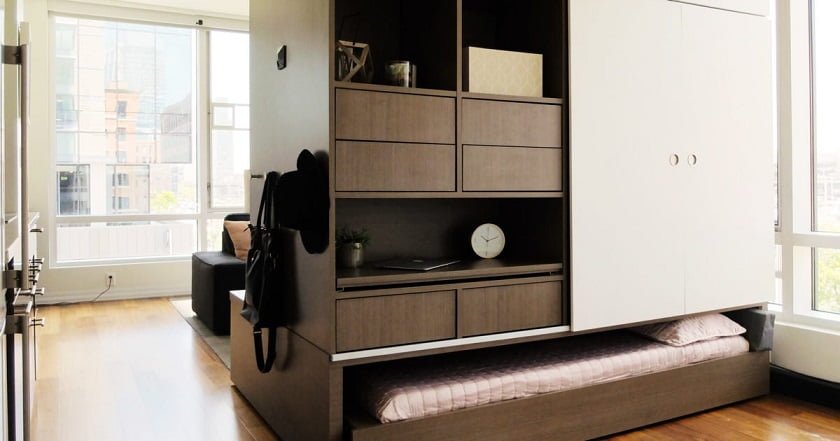 The prime concern of modern housing is to get more in minimum space. As the size of apartments in metropolitan cities is getting smaller, the challenges for architects and interior designers are getting bigger. We have all dreamed of living in a space where a table rises out of the floor. A place where the sofa moves towards the sides of the room. Or, the entertainment suite is tucking away in the wall and the wall rearranges itself to reveal a bed. Modular living for space and flexibility, it seems, is the answer.

Celebrated designer Yves Béhar has collaborated with Ori (derived from Origami), a company spun off from MIT Media Lab’s CityHome project. The collaboration aims to bring forward a line of smart furniture system for micro apartments. With one touch of a button (or an app), you can turn your living room into a bedroom. So far, they have come up with capable modular mechatronics to offer full-scale bedroom, living room, and offices in one unit. You can have configurable shelves and closets to retractable beds, but for that, you’ll have to wait until 2017. 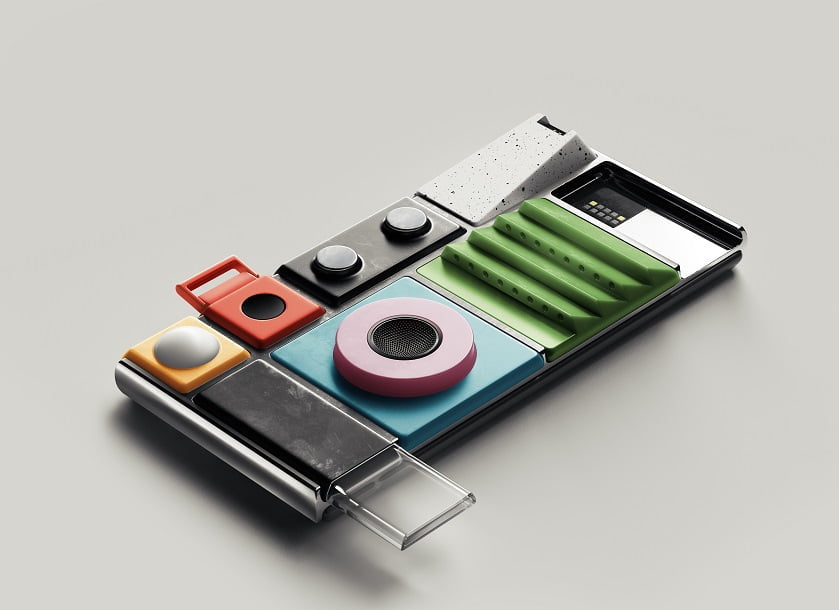 It’s been years since the smartphone industry has seen any true innovation. Every now and then, we see smartphone pioneers throwing concepts around, looking to see what might click. Turns out, some of them have better ideas.

Ara is a modular smartphone with swappable components that you can swap on the fly to make your phone exactly what you want right this second. The ability to swap components, including Hardware, would lengthen the life of a smartphone to up to five years instead of two. The modular smartphone will also lessen the waste accrued in the rush to upgrade.

About 30 people within ATAP are using Ara as their primary phone, says Project Ara’s head product designer Gadi Amit. Unlike a traditional smartphone, which has all of its functions hidden inside, Ara comprises of a collection of components in various sizes held in place with magnets. You can add the essential functions such as a Wi-Fi module, a 3G modem, antennae and a USB charging port, to the multiple slots on the back (see, image).

Project Ara has come a long way, from failed demos to successful developer kits and consumer models coming in 2017. Since it is open architecture, quite a few third-party companies are developing modules for Ara. These blocks could be the size of your nail or the size of your palm. 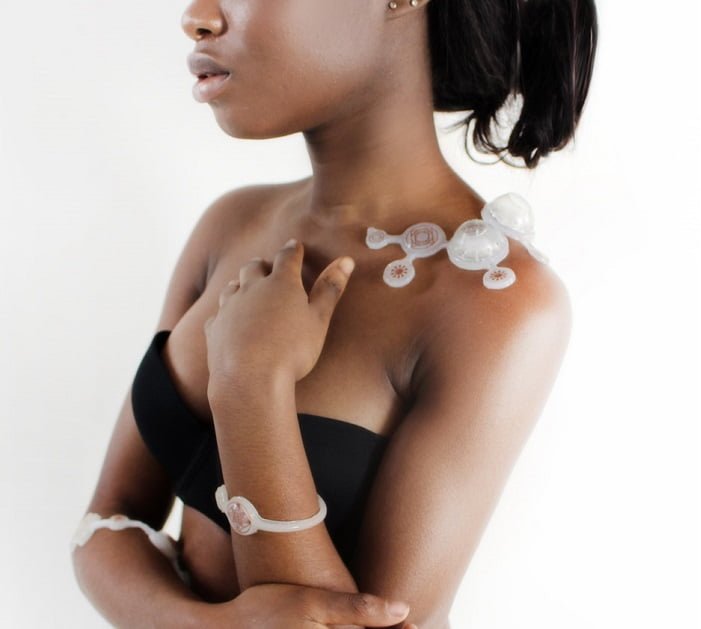 The current sex toy market is aimed towards reaching orgasm, with vibrating and non-vibrating devices, and that is it. It is in the middle of a design revolution as more devices become artistic and sophisticated, however, cheap novelty items largely outnumber sleep designs. These cheap novelty products bar from the beautiful and personal experience using sensory stimulation, something which women primarily want during the building up process.

Designed by Royal College of Art graduate Wan Tseng is a set of a sensation-focused alternative to traditional sex toys. ‘Wisp’ wearables is a range of silicon jewelry that’s worn on the arms, chest, wrist, and neck. Each wearable is equipped with a set of circular pads that stick onto the body. These pads recreate the feeling of pulsations, caresses and gently blowing breath.

The ‘touch’ piece, creates soft sensations on your skin like something is touching you. The ‘air’ piece, create auditory stimulation to evoke the atmosphere of foreplay. The ‘whisper’ piece changes the temperate and blows air like a lover’s tender caress. The ‘pulse’ piece are worn to track sexual arousal levels and understand more about their body’s desires during the arousal stage. 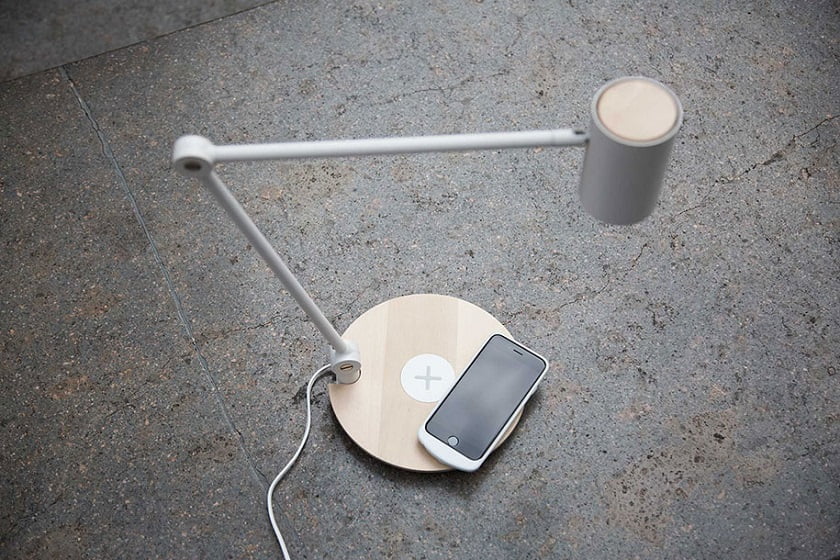 Consumers want charging features that they understand and use as they always have. The current scenario in the battery charging market gives less consideration to the users. Consumers hate the cable mess and so we have wireless charging. So far only a few smart devices have the capability of wireless charging. Why? The biggest problem facing wireless charging is that it is still finicky if done poorly.

Enter Ikea’s range of induction charging furniture that allows tablets and smartphones to be charged wirelessly on any piece of furniture. It could be a lamp, bedside table or even your workstation. Each piece of home furnishings has an integrated pad that lets you charge electronic devices simply by placing them on top.

Wireless charging powers up portable mobile devices using an electromagnetic field to transfer energy. A magnetically charged coiled wire within the station induces a current in another coil located in the device, which can then use the energy to charge its own battery.

The wireless charging pads for home furnishings are made by specialist technology company Qi. These pads are integrated into the surface of furnishings for use in the office or family homes. 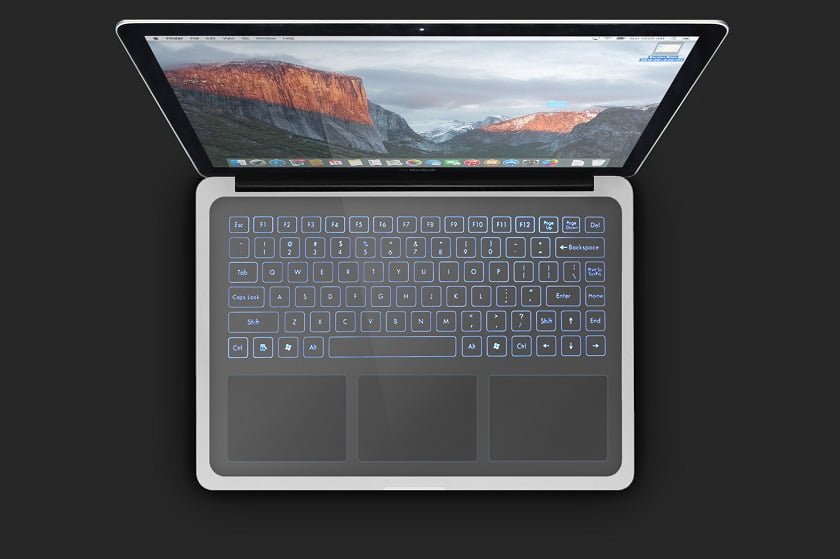 In July 2016, Apple made a filing for a keyless keyboard patent. It abandons traditional keys in favor of a force-sensitive sheet that could also function like a trackpad. According to the patent filing, it’s going to be a metal layer that flexes imperceptibly in response to touch.

To show individual key boundaries and letters, one can replace separate keys with a grid of holes that will lit from underneath. The pad would offer haptic signals as feedback to the user to mimic the tactile feel of depressing a button on a keyboard.

The technology could make an appearance in a MacBook released in 2018. 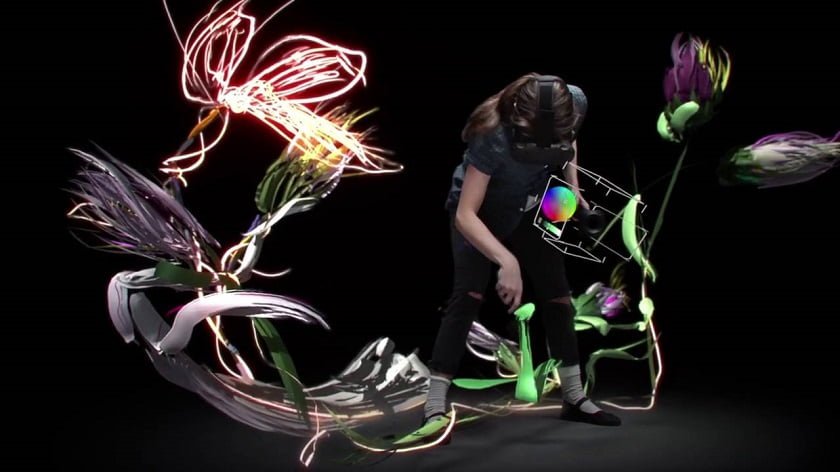 The problem with the word ‘virtual reality’ is that when you hear it, you inevitably picture a man or a woman with a VR headset staring off into an abyss (or so you imagine it is). It does virtual reality no favors. In fact, it makes it look like the infinite possibility in its potential is a bottomless pit.

Google’s virtual reality painting app, Tilt Brush, will allow designers and architects to walk through the 3D space around them as they draw them. The app allows users to create 3D imagery using a simple controller that mimics the gestures of painting. It’s a whole new way of designing. It allows designers to create designs more convincingly. 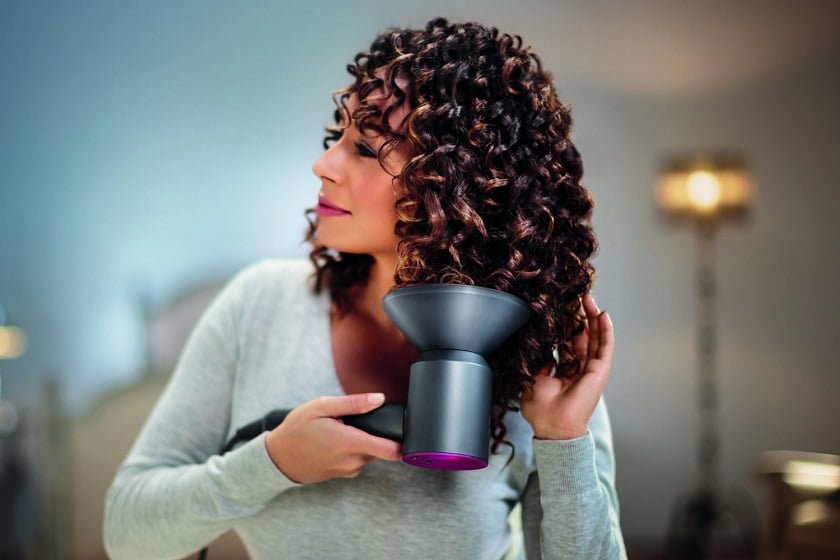 Hand dryers and hair dryers are some of the loudest things ever. Moreover, the head that comes out both dries and damages your body. Even worse, they are definitely a health risk to hearing.

Engineer and inventor James Dyson has unveiled a design for a hairdryer that is inaudible to the human ears and controls its own temperate to protect hair from heat damage. The British inventor company Dyson, which is famous for its bagless vacuum cleaners and bladeless air multiplier fan, studied the science of hair to develop the soundless version of the hair dryer. The company spent $71 million developing the Supersonic hair dryer and has over 100 patents pending on the technology.

The hair dryer is powered by the company’s patented V9 digital motor, which was created in-house and is said to be up to eight times faster than the typical drug store hairdryer motors and half the weight.