The Japanese multinational giant Canon has updated one of its best mid-range DSLRs. The manufacturer has introduced the Canon EOS 80D HD DSLR– a pocket camera geared toward semi-professionals and advanced amateurs, along with announcing version-II of G7x point-and-shoot. 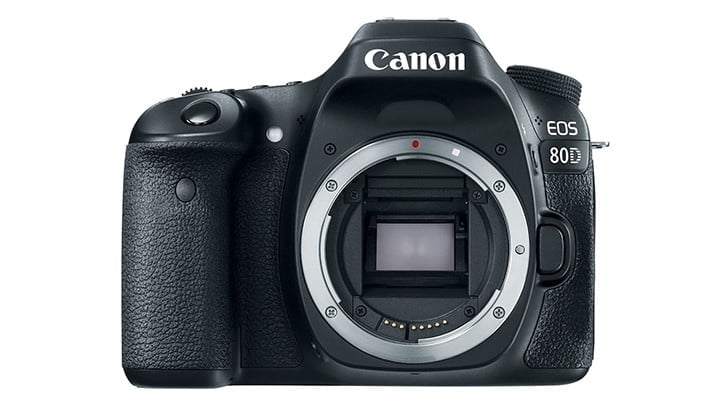 The latest DSLR receives a new, reasonably higher-resolution edition of the Dual Pixel CMOS sensor along with an updated on-senor system of auto-focus, plus some other updated additions.

The 80D version arrives equipped with Wi-Fi and NFC, which is common with the latest line-up of Canon shooters that allows easy mechanism of image transferring via Canon’s app- Camera Connect for Android and iOS devices. A 3-inch LCD with 1.04 million-dot is embedded in the rear body. There is a cool addition of 3.5mm headphone jack, which will certainly be loved by people who want to record 1080p and 60 fps video.

The battery of 80D is the same as that of its predecessor that means in case you’re planning to upgrade your 70D, there shouldn’t be any hassle.

The compact camera 80D has a faster image processor, DIGIC 6 that offers a moderately distinct ISO range with native ISO up to 16,000. The ISO is expandable up to 25,600, which is for both video and stills. However, 80D still lacks the video modes of higher frame rates or highly-famous 4K version.

The 80D includes a substantial advancement in its phase detect system, through the AF viewfinder system, starting from 70D’s AF system of 19-point, to an AF system of 45-point, which includes AF points that are compatible with 27 f/8.

On the front, apart from the framerate option of 60 fps, the Canon EOS 80D HD DSLR includes 18-135mm IS USM lens kit. It also features latest AF motor- ‘Nano-USM’, which offers USM focusing with quiet and smooth operation of STM lenses, along with this, Nano-USM also accepts Power Zoom for easily adjustable and wirelessly manageable power zooming feature like that of a camcorder.