The Monster Hunter franchise is a popular game and has a unique reputation in the video gaming world. It has, since its launch, developed a high-octane fantasy landscape for players to explore and enjoy. As per a report from the game’s developer, Capcom, the franchise may be aiming towards a younger audience shortly with the launch of a new Monster Hunter game. On Capcom’s investor relations website, the developer company was asked if they “will sell a Monster Hunter that middle and high-school students can enjoy again.”

No plans to bring Monster Hunter: World on Nintendo Switch

The company affirmatively stated on their planning for the same, though no more details were provided about it, nor is there any explanation to the statement. The company also confirmed that the highly-successful Monster Hunter: World won’t be launched on Nintendo Switch. “There are currently no plans to bring Monster Hunter: World on Nintendo Switch,” Capcom explained. “We are planning to develop a Monster Hunter that middle and high-school students can enjoy, so please look forward to it.“ 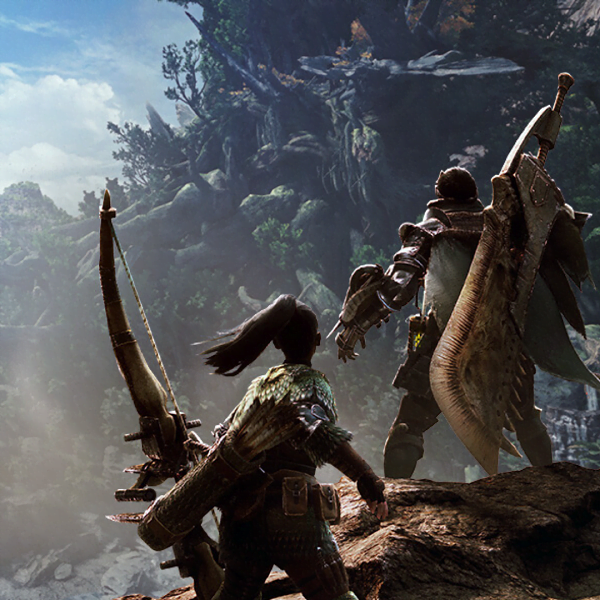 There is no clear explanation or direction to that statement and not an indication of whether it will be a decent console game, something for a platform like the Nintendo Switch, or a mobile game. The last instalment by the franchise, which is the mobile game Monster Hunter Riders, was released in February 2020 and received a mixed response from fans.

There is also the Monster Hunter’s first live-action movie, which is slated to be released in September 2020. The film, with a cast including Milla Jovovich and Ron Perlman, is expected to introduce the universe of the presentable franchise to a whole new audience.

“After living and breathing in the glorious universe of Monster Hunter for 14 years, we are thrilled with enormous anticipation to see our creations adapted for a theatrical release,” Ryozo Tsujimoto stated in a film announcement in 2018.  Ryozo Tsujimoto is the series producer for Monster Hunter. “Monster Hunter’s fan base has increased tremendously over the past year with the runaway success of the video game Monster Hunter: World. We eagerly hope that our long-time fans and new alike will join us on this exciting exploration of the Monster Hunter universe.”

Why the world needs a new Monster Hunter game

The Monster Hunter franchise is a popular series of fantasy-themed action role-playing video games. The franchise started with the game Monster Hunter released for PlayStation 2 in the year 2004. Developed and published by Capcom, there have been several titles of the franchise that were released across various platforms, including the PCs, home consoles, portable consoles, and mobile devices. The series is developed and published by Capcom.

The Monster Hunter games are mostly action role-playing games, where a player takes the role of a Hunter, slaying or trapping enormous monsters across different landscapes in quests assigned to them. These quests are appointed by the locals, with some involving gathering of individual items to put the Hunter at risk and make them overcome hurdles. The players use loot earned from slaying monsters, gathering resources, and quest rewards to build advanced weapons, armor, and other items to face more powerful monsters in the future. The games are multiplayer versions, though they can be played as a single-player too.

As forecasted former, Monster Hunter Rise has now been officially inveterate for Nintendo Switch. It will be launching on 26th March, 2021.

The game has been pronounced as “a brand new take on the Monster Hunter experience”. Players will essential to team up and save Kamura village from the imminent ‘Rampage’, harnessing the new Wirebug hunting tool and procuring the help of Palicoes, and Palamutes, along the way. Here’s some PR:

This newest entry in the action-RPG series finds players battling terrifying monsters and reaching new heights. Concoct to be transported to the colorful Kamura Village, a new serene mountain milieu where players will involvement exclusive culture and pioneering hunting technologies. Using a distinct insect called a Wirebug, hunters will be bright to grapple themselves in any direction, making it potential to scale towering cliffs and structures. All battle areas within each quest are faultlessly connected, allowing for exploration of the massive and vertical landscapes with no loading times. MONSTER HUNTER RISE launches for Nintendo Switch on March 26, 2021.

Additionally, a Deluxe Edition will also be obtainable, which offers the full game and bonus DLC. Pre-ordering the base or Deluxe version will reveal bonus in-game items like layered armor and supplementary. Players will be gifted to get even more in-game extras with Monster Hunter amiibo accessories.

Just hours ahead of today’s Nintendo Direct Mini 17th Sept, 2020, which will have an emphasis on Switch games from third-party developers, mumblings of a probable new Monster Hunter declaration have started to fizz away on the internet. Such a game hasn’t been legitimately confirmed, but if you’re keen on avoiding potential spoilers, look away now.

The imaginary new game has been ‘leaked’ on Reddit, with projecting names in the industry also teasing its ultimate reveal. According to the initial Reddit post, the game will be called Monster Hunter Rise and will launch on Switch in March 2021 in Japan. It’s expected that this would be the game now rumoured by a Capcom insider last month.