After Stray, another cat video game is scheduled to release next month.

What could have been more apt for cat-gamers around the world than having the new gameplay trailer of the upcoming cat game Nine Noir Lives on International Cat Day. SilverNode Studios have managed to create a sensation across social media platforms through the two-minute-long video. Let’s take a walk along the mysterious path that leads to Meow Meow Furrington.

Cats & Curiosity – A Match Made in Heaven

In the fascinating cat game Nine Noir Lives, we have Cuddles Nutterbutter as the protagonist. Cuddles happens to be a self-made private investigator, and his looks might remind you of a modern-day Sherlock Holmes. Just like Dr. Watson, Cuddles has Tabby Marshmellow as his sidekick.

They say, ‘cats rule the world’ and the cat game Nine Noir Lives is all about cats. Here, cats rule the underworld too. Meow Meow Furrington is the hotbed of crime and the center of arch-rivalry between the Montameeuws and the Catulets.

With dark alleys and a pub named Knitty Kitty Club, which is a harbinger of illegal activities, this cat video game resembles classic film noirs like the Humphrey Bogart-starrer The Maltese Falcon, so far as the mood is concerned. Hence, as it happens in the noir films or the neo-noir ones, a thin line separates you from death.

Cuddles Nutterbutter, the character you will be playing in the thrilling cat game Nine Noir Lives, sparks a fiery clash between the two notorious gangs as he takes charge of the tricky investigation of a murder from the Chief of Police. 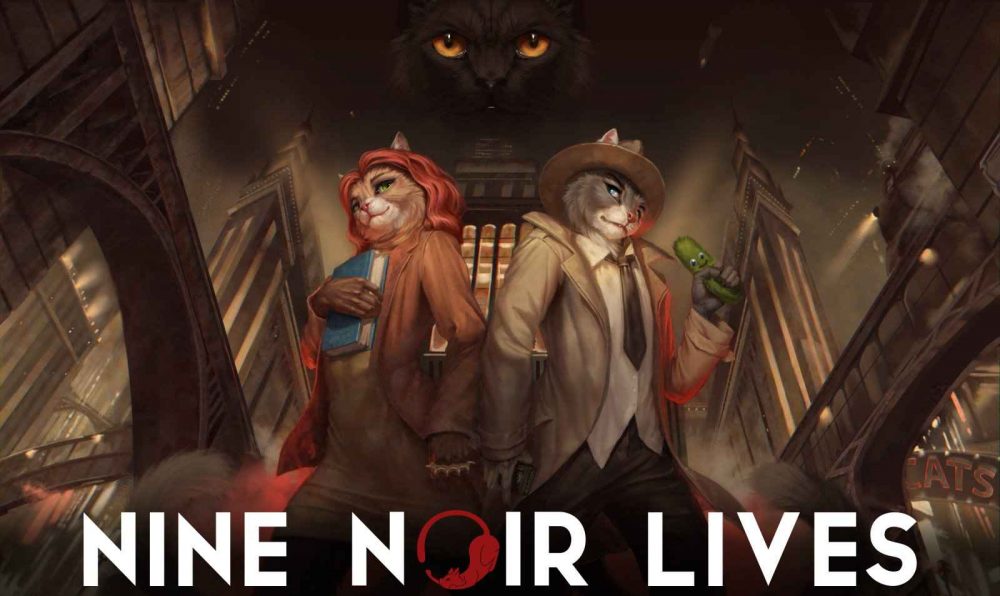 We have had many cat video games over the last couple of years. And in the recent times, the tendency to play cat games online has experienced a great surge. Various cat game apps are not only topping the trending charts but also securing the pole position in terms of overall downloads.

Cuddles licks almost everything as he goes berserk for potential evidence and clues in his desperate bid to solve the high-voltage crime. Through such hilarious acts and other comic elements, Nine Noir Lives tries to strike a rare balance between the gruesome aspects of noir and the light-heartedness of comedy.

Designed and developed by SilverNode Studios, the fun-filled, adventurous cat game Nine Noir Lives is scheduled for a September 7 release. It will become available on several popular gaming platforms.

While you continue to wait impatiently for the latest cat game, Nine Noir Lives, especially after witnessing the awestriking new gameplay trailer, there’s something in store for you. SilverNode Studios has decided to come up with a free demo for all ailurophile gamers, which is now exclusively playable on Steam and GOG.