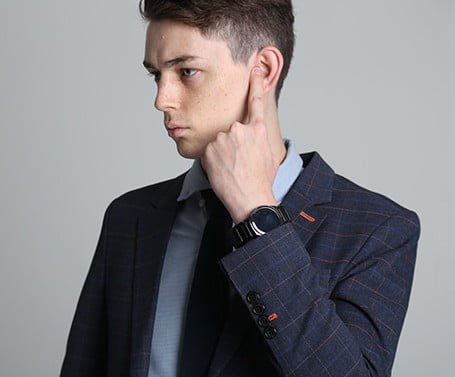 Samsung TipTalk is one of the brilliant devices showcased at CES 2016. It is a cool smart strap meant for traditional watches. TipTalk efficiently adds notifications, calling features, and fitness tracking to any normal watch. Do you know the best feature of this watch? Samsung TipTalk allows receiving calls by just pressing a finger on the ear. The age-old game of fake phone that children used to play has been taken into the concept and turned into reality.

The Samsung TipTalk is a latest praiseworthy UX, which enables individuals to hear the sound, without any earphones or headsets, from smart devices, like Samsung Gear S2. It can be easily added to smart or analog watch and it can be synced with Text-to-Speech enabled functionality. Due to this, the call clarity is enhanced, which makes receiving a call while in public, a hassle-free task, even in loud and noise-sensitive environments, for example, building site, concert halls, theatre, etc.

The latest gadget by Samsung unveiled at CES 2016 is one of the quirkiest projects from Samsung Creative Lab.

Let us have a look at the Samsung TipTalk review.

The small strap is embedded with a host of tech and sensors onto its mini frame.

The battery is 180 mAh and it lasts up to 7 days on standby.

It includes a set of sensors- a magnetometer, accelerometer.

The device is waterproof as certified by the IP56 standard.

It has replaceable adapters with a various band size of 18-24mm.

The strap is adjustable and can be easily customized according to your wrist size.

It is made with Bio-processor chip.

The price of TipTalk hasn’t been revealed yet, but it is predicted that it will be somewhere around $100.

Samsung isn’t the first corporation to make an attempt into the industry of hearing aid. Major corporations namely, Motorola, Panasonic, 3M, and Bausch & Lomb, among many others, have tried their hands on the market of the hearing aid but have failed very badly. In order to dominate the market, Samsung will have to do what it takes in order to grab away the international market shares that are held by the major corporations mentioned above.

Having said that, the excitement for using this device doesn’t have away, tech inspectors and aficionados are eager to use the device on first hand.