The most influential tech event in the world, returned in style after being put to a halt over the last two years marred by the Covid-19 pandemic.

Time for the CES 2023 Highlights special feature at Technowize. The massive interest around the recently concluded event has piled up gigantically and an extensive report is certainly called for. Here we go!

The CES (Consumer Electronics Show) happens to be one of the (if not ‘the’) most talked about annual events in the global tech industry. For the last two years, this illustrious event which upholds the finest of the next-gen tech ideas, couldn’t take place as the gruesome Covid-19 pandemic turned detrimental to its free flow. Hence, despite too many happenings, both 2022 and 2021 looked a bit pale from the tech perspective.

However, after a long hiatus, it was back this time and it seems to have done that in style – with a bang! Widely regarded as the most influential tech event in the world, this year’s CES showed that it’s aging like a fine wine and still there’s no dearth of aces up its sleeve.

Let’s delve deeper with the CES 2023 Round up, which drops a clear hint about what’s in store in the global tech industry this year and also sheds some light on the future roadmap – indicating how the tech world could take shape in the coming years. Here we go! Presenting before you the CES 2023 Report by Technowize. 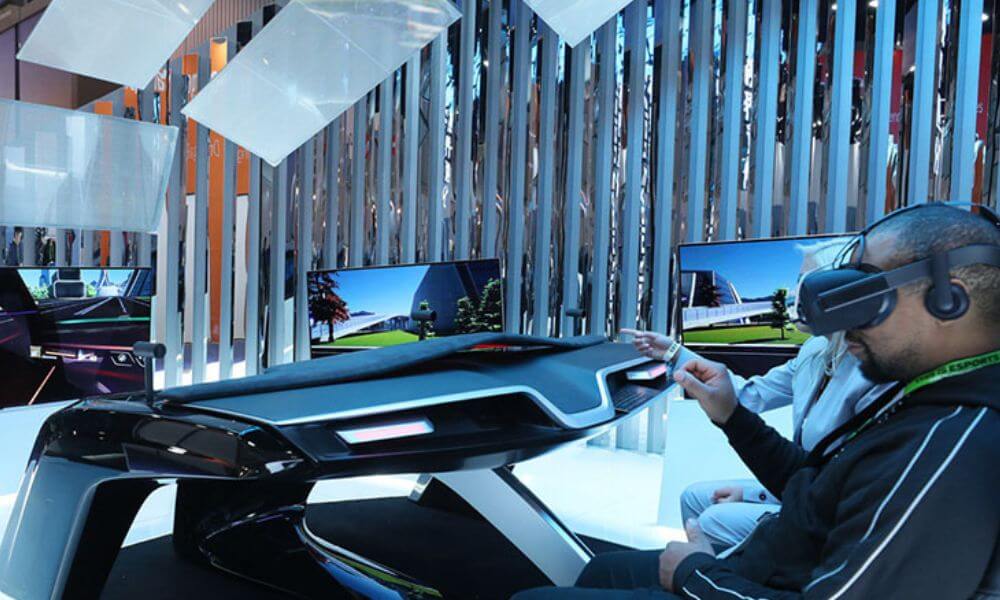 All eyes were on the CES (Consumer Electronics Show), which marked a glorious return to the global tech map after a long gap of two years. This is ‘where the world’s biggest brands do business and meet new partners, and the sharpest innovators hit the stage’. For, ‘owned and produced by the Consumer Technology Association (CTA), CES features every aspect of the tech sector’. That’s how the organizers brand this immensely significant tech event.

If we look at the figures of this year’s CES (Consumer Electronics Show), they speak volumes about the stakes involved and the possible impact it managed to catapult. There were more than 3200 exhibitors, across the globe, spreading over 173 represented countries, territories & regions, with above 4700 media registered.

We were simply mesmerized to see some of the most brilliant tech ideas to come out in recent times. One thing was pretty clear. Now the pathway of tech advancements would intersect even more with simplicity. And it was quite evident.

Now let’s have a quick look at the major CES 2023 highlights, before delving deeper with our extensive CES 2023 report.

Hence, this new trend is not only interesting but also extremely significant, as it could well have larger ramifications beyond the domain of AR (Augmented Reality) and VR (Virtual Reality). This is certainly another important one among the major CES 2023 highlights.

We must understand that the exhibition sort of forecasts how the tech world might unfold in the coming days. At the same time, it also indicates several consumer behavior changes and helps us to assess the buying trend, globally. Therefore, it becomes quite important to analyze socio-economic changes too.

Anyway, this calls for a separate discussion altogether. So, we have seen the major CES 2023 Highlights. Now, it’s time for a detailed discussion on some of the most striking tech products shown at this year’s mega flagship tech event.

CES 2023 Showstoppers: The Ones to Watch out for!

Out of the thousands of top tech products or concept tech products, which were rolled out before the entire tech world at the CES, not every single one did manage to grab the eyeballs. Considering every other aspect these below mentioned tech stuff managed to make the final cut in our CES 2023 Round up. Let’s have a close look at each one of them.

Slated for a late-February release, the latest offering from HTC in its VR/AR headset category. Coming with a price-tag of $1,099, the HTC Vive XR Elite would weigh almost half as compared to the Meta Quest Pro. However, it would be quite interesting to watch how it locks horns with the Meta Quest 3, as the battle for the VR/AR headset segment gets heated up this year.

The Withings U-Scan (pee) sensor is a gem of a smart gadget, which does away with the tension of rushing towards a pathology lab to get your urine sample tested. It remains attached to the toilet and when you pee, it collects the sample, analyzes it and sends the report to your smartphone via Wi-Fi. The Withings U-Scan (pee) sensor can be of great help for women, as they can track their menstrual cycle with effortless ease.

The LG M3 Series 97-inch wireless OLED TV is truly wireless and sets you free. It unravels an over-the-top audio-visual experience that might give you the feel of owning a mini theater. But the price-tag is going to be quite steep, for obvious reasons. For the uninitiated, the wired variant costs you $25,000. We can expect this mammoth TV to hit the stores in 2023 itself.

The Samsung S95C is the tech-giant’s first ever 77-inch TV equipped with its QD-OLED technology. It happens to be a massive upgrade over the previous year’s model,  thanks to enhanced anti-glare technology and brighter images. The color in particular appears to be quite impressive. We could expect this to be released by the end of this year.

The $185,000 Mercedes Maybach was unveiled as the first car in the history of automobiles, to pack a sound system powered by the top-notch Dolby Atmos sound technology, something one would usually associate with movie theaters and home theaters. Though the huge price-tag burns the pocket, Dolby has stated that in future it would tie up with the affordable cars too, to deliver a unique audio experience inside cars.

BMW had a great start this season as it stormed the auto market with its BMW X1 2023. The BMW i Vision Dee is a concept car that will go into production by 2025. What sets it class apart from others, is its unique head-up display. It does away with a traditional dashboard screen, and uses the entire windshield as the HUD, which is actually an AR display. We can’t wait for it to hit the roads.

The Schneider Smart Home system is a great tech-product, which becomes extremely handy during the times of spreading awareness on energy conservation. It can help mankind significantly in its fierce battle against the menace called energy crisis. Indeed a top green tech product to watch out for in 2023.

Last year was marred by tech layoffs and though the cloud continues to loom large, the CES 2023 highlights instill high hopes in the otherwise volatile global tech industry. We will keep a close tab on the progress of each one of these awaited tech stuff and get back to you with exclusive updates, as always. Stay tuned!

How much does the HTC Vive XR Elite cost?

The HTC Vive XR Elite is coming with a price-tag of $1,099 and slated for a late-February release.

Is the HTC Vive XR Elite going to be lighter than the Meta Quest Pro?

It has been reported that the the HTC Vive XR Elite would weigh almost half as compared to the Meta Quest Pro.