RTX 3060 desktop GPU is soon on the cards, great big news for the gamers!

NVIDIA is teasing the RTX 3000 GPU series for laptops. The game processor manufacturer would soon hold a virtual press meet for the CES, where gamers expect to see the unveiling of the mobile versions of the RTX 3000 GPU series. The CES press event is scheduled for January 12. A new teaser video by NVIDIA gives a strong hint of a laptop GPU.

The teaser showed four images- one is a gaming laptop, the second is the Outriders game, the third a GeForce RTX logo, and the fourth is a resizeable BAR (Base Address Register). Rumors around the teaser suggested that NVIDIA unveil an RTX 3060 GPU with a price below RTX 3060 Ti card by NVIDIA. 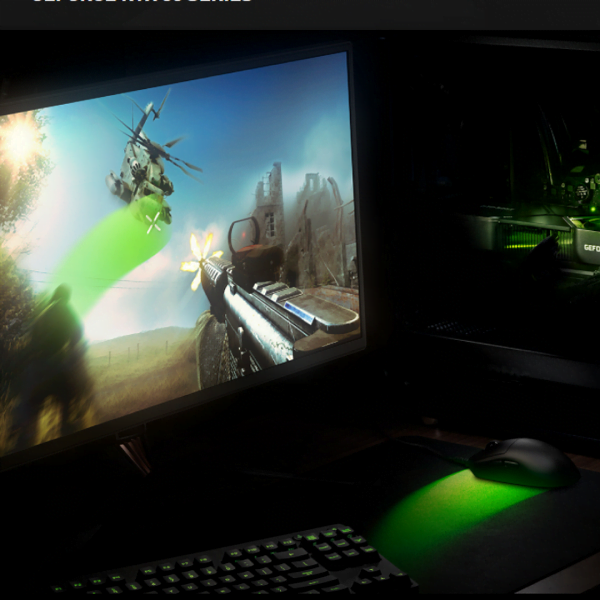 The resizeable BAR image hints at a new driver update for the RTX cards by NVIDIA. NVIDIA can also boost the capacity between the CPU and the GPU to enhance the frame-rates. The motherboard manufacturers will require supplying BIOS updates to enable the capacity boost for both Intel and AMD CPUs. However, NVIDIA stated that it is willing to release the necessary driver support as well.

The new RTX 3000-series by NVIDIA are one of the best graphics cards anyone can buy with the highest GPU features. However, the RTX 3080, 3070, or 3060 Ti can be found in the desktop versions. The 15-inch and 17-inch gaming laptops will enhance the GeForce RTX 30-series mobile graphics cards and have Intel’s latest 10th Generation Comet Lake-H processors.

The common considerate between these is the Core i7-10870H. This processor is the fourth fastest Comet Lake-H chip embedded on Intel’s roster. The GeForce RTX 30-series mobile graphics are useful in their desktop variants. Nvidia recently released the GeForce RTX 3060 Ti for the graphics card.