Since the free service was launched in London, DoNotPay has taken over 250,000 cases and won over 160,000 over $4 million worth of parking tickets. 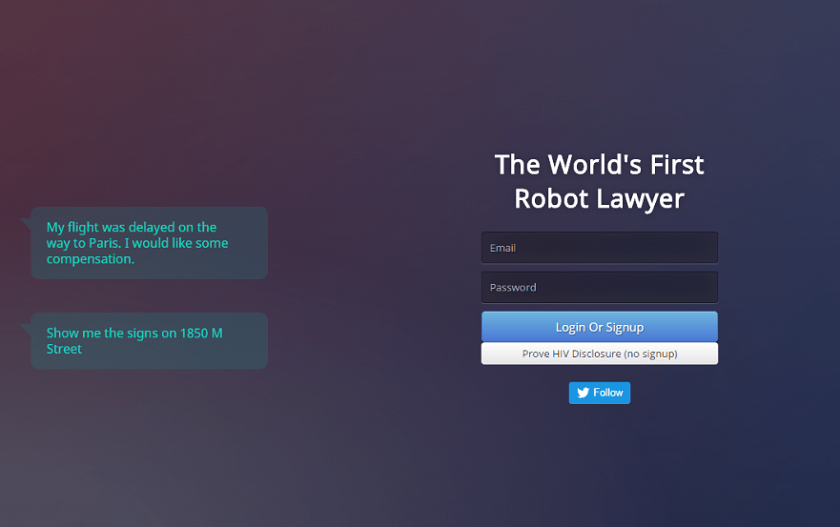 “I think the people getting parking tickets are the most vulnerable in society,” said Browder. “These people aren’t looking to break the law. I think they’re being exploited as a revenue source by the local government.”

The bot was created by the self-taught coder after receiving 30 parking tickets at the age of 18. The entire process for appealing the fines is quite formulaic. You can easily drill down the algorithms into the AI and give the appropriate advice without charging exorbitant fees

At present, Browder is keen on exploring a developer platform that will use legal knowledge to dispense simple legal advice without charging hefty lawyer fees. Since the creation of DoNotPay, the 19-year-old has created bots to help the homeless as well as people with HIV understand their legal rights. He has also created a bot which can help collect compensation on behalf of people whose flights were delayed beyond four hours.

“I feel like there’s a gold mine of opportunities because so many services and information could be automated using AI, and bots are a perfect way to do that, and it’s disappointing at the moment that it’s mainly used for commerce transactions by ordering flowers and pizzas,” he said in an interview with VentureBeat. Good to see that chatbots can be used beyond just ordering pizza or spreading fake news on social media.

The London-born developer is now working giving free legal aid to asylum seekers through a simple-to-use-chat interface. The new functionality was long overdue, and Browder had been wanting to launch it for about six months. Although, he wanted to make sure he got it right because applying for asylum support is a complicated issue.