Chief Marketing Technologist: A Prince or a Frog? 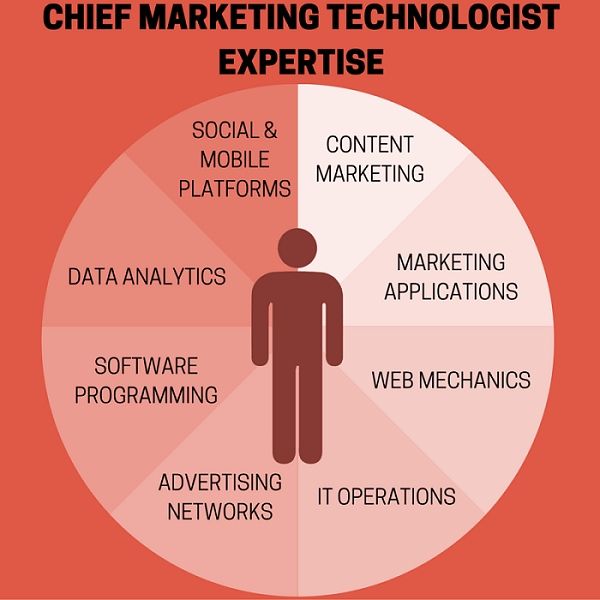 It is fascinating now-a-days to watch these hybrid professions of marketing technologists originate from the digital star forge. It is a phenomenon, which we should anticipate more often in The Second Machine Age. While at the theoretical level it is a bit of thought-provoking concept, watching it transform into reality is rather a breathtaking phenomenon. The transformation reveals the amount of our dependency on the past patterns of marketing and technology to determine our belief in the future, which is, unfortunately, a misconception in such fast-evolving world.

After going through the current marketing landscape, people often seem to ask, “How does it make a sense for marketers?” – They have a CMT to fill the role in their company. The hybrid role of a Chief Marketing Technologist is growing extremely popular. It is a part technologist, part strategist, part creative, and most above all of this, it is a job role equivalent to a CIO and a CTO. 81% of the gigantic enterprises with an annual turnover of no less than $500 million have a job role of CMT in their work culture, out of which 71% just started hiring a year ago, and the remaining 8% are preparing for the addition of hybrid role in their company within next two years.

As the gossip around the latest roles ‘marketing technologists’, seems to have increased over the last few years, many individuals have been skeptical about it. This is mostly because they probably haven’t heard about such hybrid job roles before. Many times, recruiters would search the title or similar variations for chief marketing technologists on LinkedIn, would find a few or none, and declare that such candidates are so rare that the situation could be almost acknowledged as statistically unrecruitable.

Individuals often ask, “How does Marketers fit into this type of technology equation?” the simple answer to the question is, EVERYWHERE.

As the days are passing by, technology seems to have become inseparable from the dynamic world of marketing. Due to this, all marketers, including yourself, if you are one, must adapt this sudden boom by transforming into more customer-centric and data literate technologists. In a progressive manner, marketers understand, customize, and engage in brand experiences for potential clients through technology. Now, as the technology is advancing consistently, the silos between social, marketing automation, data, SEO, digital advertising, and email need to be torn down. If such situation occurs, a channel-based and a consolidated technology will appear, resulting in content stacks.

These integrated stacks will be used by marketers to prioritize their clients, and offer the most unified and personalized possible brand experience. To take the reign in their dominant hands, marketing technologists need to transform themselves into an expert with capabilities on how to integrate and operate elements in these technologies. Along with becoming data-literate, marketers need to identify the track of metrics and larger marketing operations, since the data resides amid the technology stack, and most importantly, it is the language, which technologies use to communicate with each other.

Absolutely not, as there people available with such job titles now-a-days. The skill set, experience, and the talent, which recruiters are looking for in a marketing technologist, surely exists. The entire generations of web entrepreneurs and developers have developed commingled abilities out of desire and necessities. More often they have a background in formal engineering followed by marketing or business graduate studies or experiences. Most of these individuals, perhaps via a web development project, search engine optimization, or an interactive agency, have already percolated in marketing.

For many, the opportunity to face the challenge and tether their imagination and intellect to turbo-charge and unify the landscape of an enterprises’ marketing technology will be an inspiring and compelling mission, the one, which will eventually kick-start a moral cycle of attracting a large amount of talent to such job roles.

In upcoming several years, marketing CTOs and marketing technologists could emerge as the hottest job profiles in the industry, which is good news for everyone. For technology vendors and external agencies, it is even great.

The Next Big Thing?

In this age, by any means, the corporate world cannot afford segments between IT and marketing any longer. The rapid and sudden collapse of such silos signifies the fact that an individual must be able to manage both groups seamlessly.

While there are CMOs that are desperately trying to get their arms around the technological aspect, the natural evolution for this job role is that a CIO should improve their marketing skills if they wish to grow into the role of a chief marketing technologist.

Chief Marketing Technologist is surely the next big thing in future.

“If you don’t have a chief marketing technologist, consider the evidence above and strongly evaluate the benefits of creating the role; increasingly only exceptional cases will be able to argue that they don’t need one.”- GARTNER 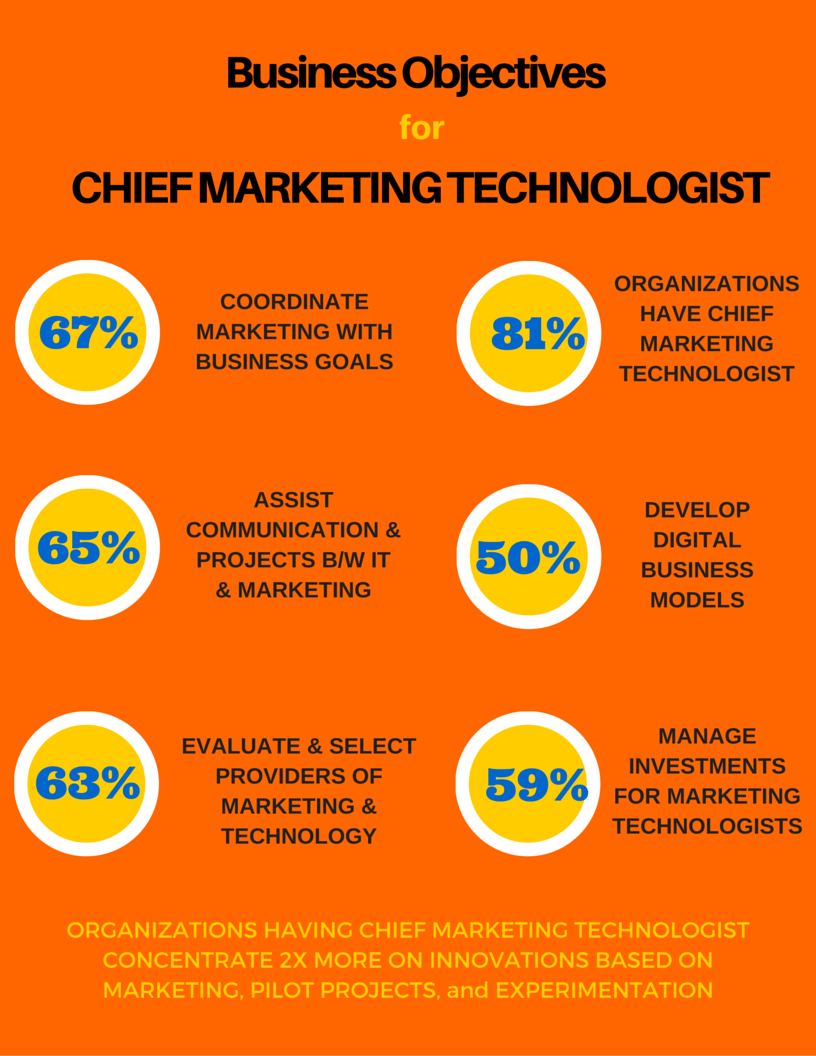