Advancement of technology plays a major role in providing better safety solutions to the human race. Statistics show that the number of deaths caused due to road accidents is on the rise on a rapid pace. A majority of these deaths can be avoided by using helmets while riding a bike or cycling. This is because in case any of the limbs are harmed, there are chances of their recovery but a head injury might impact the person for life or even kill him. In order to avoid such mishaps, the Coros Linx smart cycling helmet was at display at the CES 2017.

The Seattle startup Coros launched this smart bike helmet accompanied with a smartphone app and a handlebar controller in 2016. It was introduced into the commercial market through the popular crowdfunding website Kickstarter.

This project was a huge success on the crowdfunding site as it raised around $320,000 which is almost six times the funding goal of $50,000. These smart helmets are already being shipped to various people who raised funds during its Kickstarter campaign. But the gadget came into the limelight once again due to its association with the CES 2017.

This smart bike helmet allows the cyclist to enhance his riding experience by listening to his favorite music, attending important calls, and receiving specific navigations. Due to its simple design, the Coros Linx smart cycling helmet does not stand out among other cycling helmets. One can use this smart bike helmet in an oblivious manner and still make the most of its features.

The Coros Linx smart cycling helmet has three significant features which make a cyclist’s ride safer and more convenient. The device consists of stereo bone speakers that are capable of transmitting sound to the cyclists without obstructing his ear canals. This helps the cyclist stay aware of his surroundings as he can also hear the sounds around him. Usually in an urban area, it is important to hear the sound of approaching vehicles to become aware of their presence. The speakers help in navigating the cyclist so that he does not need to keep his eyes on the screen instead of the road for directions. The handlebar controller helps in controlling music or attending calls while riding. 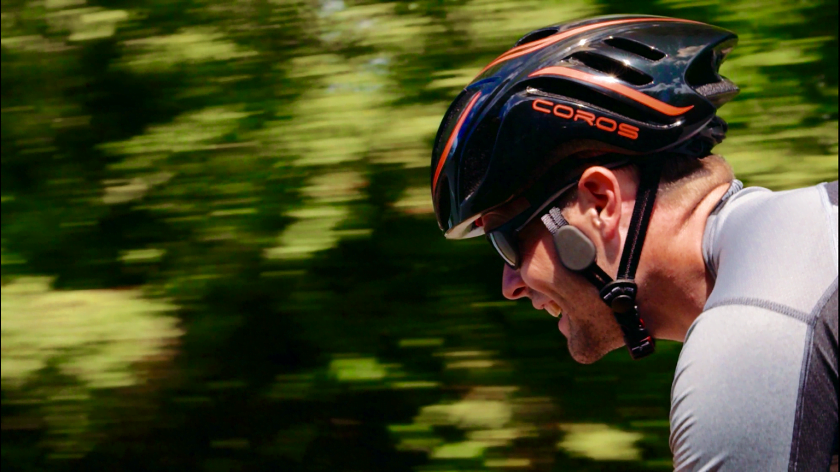 There is a microphone at the temple inside the helmet which shields the disturbing noises around. But it is sensitive enough to catch the voice of the user so that he can answer calls without distracting his attention from the ride. The microphone is in synchronization with the stereo bone speakers.

The most significant feature of the Coros Linx smart cycling helmet is that it consists of a sensor package. This package can instantly detect a crash incident and call for help accordingly. In the Corox Linx app, the user has to select an emergency contact. In case a crash takes place, the user has thirty seconds to check-in the app. If he doesn’t, the app will send an alert for help. The retail price of this smart bike helmet is $200 which might be a tad expensive for a cycling helmet.