Bitcoin rate today has broken the dry spell and soared above $1000 mark for the first time in 15 months.

Bitcoin continued trading in the $3000-$4000 range in the first five months of 2019. As of today, Bitcoin is up by 6.53 percent and is trading at $10,153 – the highest rate since March 2018. Bitcoin is leading the market chart of crypto currency bounce with Ethereum and XRP in the second and third position. 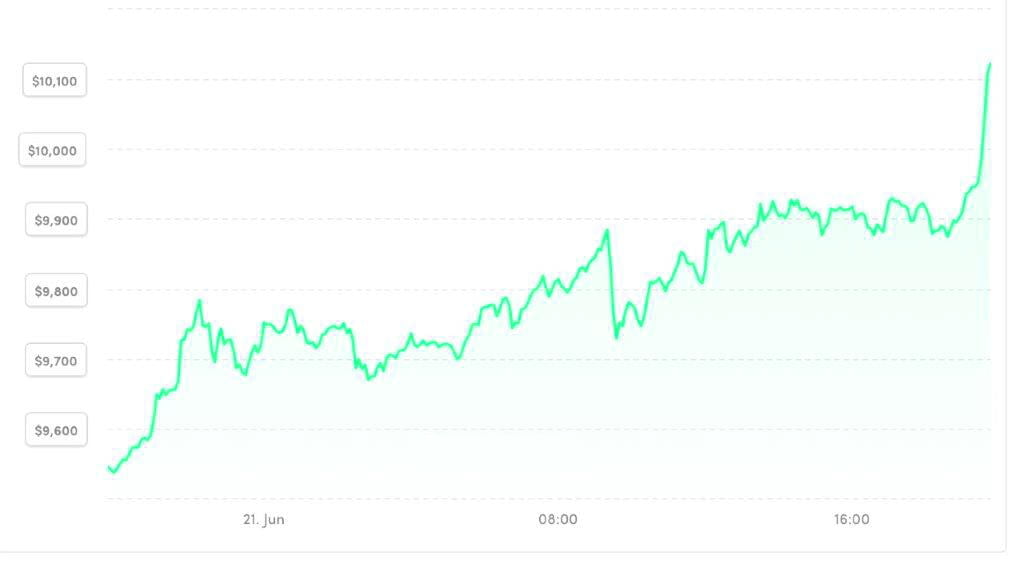 This hike in the Bitcoin rate today comes in the wake of increased public interest in Cryptocurrency as Facebook announced the launch of its own Cryptocurrency – Libra. The price is also backed by a 12 percent jump in trading volumes. According to CoinMarketCap, $21 billion worth of bitcoins have been traded across cryptocurrency exchanges in the last 24 hours. Bitcoin’s rate had declined almost 75% from its all-time high of around $20,000 just six months earlier.

The Bitcoin rate stayed between the $9000-$9,100 range earlier this week. The rate started surging on Thursday morning and continued to rise- though at a slower pace and crossed the $10K mark by Friday morning.

Analysts expressing their views on this cryptocurrency bounce say that this ‘new-high’ could be the ‘new-low’ for Bitcoin as with the inception of Libra, the interest and recognition of cryptocurrency is surging. Bitcoin’s share in the total market cap – has increased to 57.7%, its highest level since before the ICO boom.