Massive Monster’s Cult of the Lamb makes a dream debut by fetching sales of one million copies within a week of its global release.

Cult of the Lamb couldn’t have a better start than this! The mini-game with breathtaking visuals, has come out with flying colors as gross sales of the very first week amounted to a jaw-dropping one million copies. Developed by Massive Monster and published by Devolver Digital, the latest game from down under has become a smash-hit already and trending on social media and various gaming community platforms like Twitch and Discord. Here follows the pathway to unfurl the dark secrets of the game which boasts of brilliant animations.

Mix of Mystery and Adventure

Cult of the Lamb is way too dark as it’s full of mystery and adventure. Japan is celebrated for animations across the globe. Be it Miyazaki’s awestriking films or the Manga, Japan has shook the world for ages. Cult of the Lamb appears to be the torchbearer of the rich Japanese anime tradition.

It deals with a possessed lamb who was saved from annihilation by an ominous stranger. The lamb has to repay the debt by creating a group of loyalists. The objective is to create a true cult of yours in the land of false prophets. 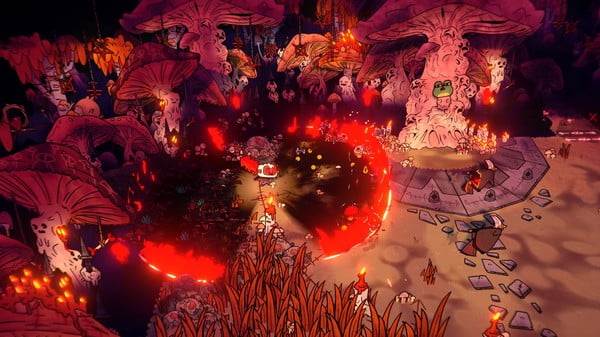 Cult of the Lamb, developed by Massive Monster and published by Devolver Digital, garners a whooping number of one million in terms of first-week-sales figures. [Image Credit: Steam]

VicScreen has been supporting independent video game developers from Victoria for the last twenty five years. Without the huge funding from VicScreen, it would not have been possible for Massive Monster to pull this phenomenal Cult of the Lamb off. Notably, Screen Queensland has recently announced a $687,405 million funding for Indie games.

Aussie games are doing very well, these days. After the grand success of Unpacking, we have now another gem of a game from the only country which is also a continent. The giant rise of Indie games in Australia, lately, is indeed a phenomenon in the global gaming scene and calls for deep introspection and massive respect.

How long is Cult of the Lamb?

The mysterious, adventure-game is small so far as the total playing hours is concerned. It will take you roughly fifteen hours to complete the entire Cult of the Lamb game. But the way Cult of the Lamb reviews are full of sheer excitement and utter frenzy, you are not going to fall short on entertainment.

Cult of the Lamb Release Date

The sensational animation-based game from Australia, which is now almost everywhere on different social media channels, released globally on August 11. Various versions of the game were launched and gamers from almost everywhere around the world jumped to grab a copy. Selling one million copies within a week of a game’s release is not a cakewalk. 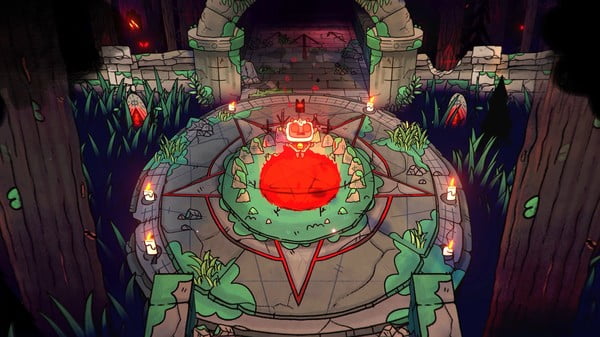 Cult of the Lamb Sells 1 Million Copies within a Week! [Image Credit: Steam]

Cult of the Lamb Price

Devolver Digital seems to have struck gold with Massive Monster’s blockbuster release, Cult of the Lamb as the new Indie title, priced at $25 is selling like hotcakes. The pocket-pinch might vary a bit depending upon the specific platform.

How can you buy a copy of Cult of the Lamb?

With one million copies being sold within the first week of its worldwide release, there are fair chances that the first edition might run out soon. Hence, if you want to lay your hands on a copy of the brand-new Indie title from Massive Monster, book your order on the official website i.e. https://massivemonster.co/.

Where can you play Cult of the Lamb?

Devolver Digital has published the game across all popular gaming platforms. Thus, you can enjoy Cult of the Lamb on any of the following options – PC, PlayStation, Xbox, Nintendo Switch and the last but not the least, Steam Deck! Keeping in mind the growing popularity around Valve Corporation’s all-new handheld, gaming device, the game has been released on the Steam platform also. Though PC version is available, you can have the experience of real PC-gaming on your Steam Deck, while exploring Cult of the Lamb.