With the new Apple event hours away, let’s look back and unfurl the secret behind famous Apple events.

We are hours away from the high-profile iPhone 14 launch and it seems to be a perfect moment to have a walk down memory lane through some of the famous Apple event names. Let’s start!

Apple events have never failed to impress us. The iconic annual-affair rose to the pinnacle of its glory during the Steve Jobs-years. With its founder at the helm of things, we were left bewildered at times thanks to the aura of new innovations in the realm of new-gen technology.

With ‘Far Out’ not far anymore, Technowize welcomes you to board the ship on a journey through those terrains of yesteryears and the path of light that leads us to a new galaxy of smart-tech-tools.

Blast from the Past: Apple Event Names 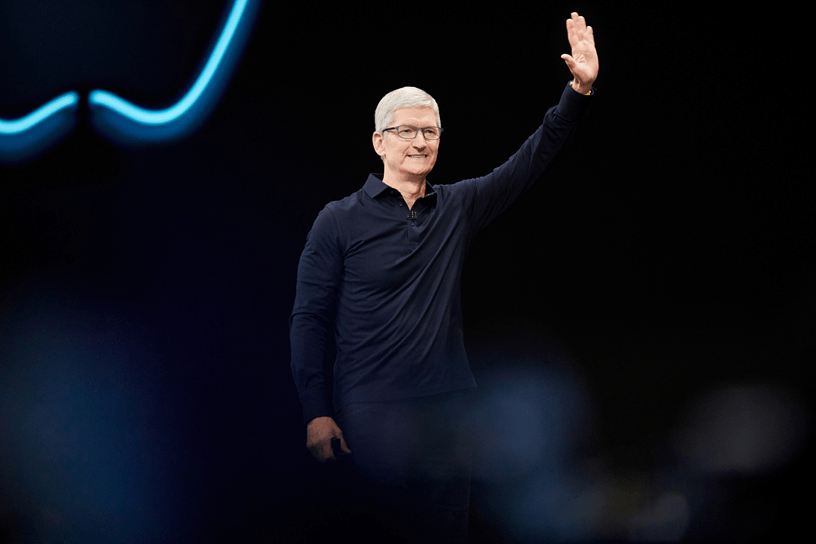 As we approach the new Apple event, Apple Event 2022, here’s an attempt by Technowize to revisit and unlock the secrets behind Apple event names from the past. [Image Credit: Apple Newsroom]

The new Apple event termed ‘Far Out’, is going to happen today, on September 7, 2022, in a grand event at the newly-designed Steve Jobs Theater in Cupertino. This would be an in-person affair this time after the gruesome Covid-19 pandemic restricted it to a digital-only event for the last two years. We are expecting to watch the unboxing of iPhone 14, iPhone 14 Pro, Apple Watch 8, Apple Watch 8 Pro and AirPods Pro 2.

Apple fans across the globe are right at the edge of their seats, as the next iPhone is about to be unveiled in a colorful ceremony at the newly-made Steve Jobs Theater in Cupertino on September 7, 2022. Consumers can’t wait for the iPhone 14 release, which is believed to mark the arrival of a bunch of new features in the iPhone universe.

It has been further learned that though the base model won’t differ much from iPhone 13 in terms of overall functionalities, the ‘Pro’ version would outsmart the previous iPhones by at least some considerable nautical miles.

This remains an area of curiosity for months, ever since the first rumor around this wild idea drove consumers absolutely crazy. Mark Gurman reported way back in March, 2022, that the new iPhone Subscription Service would be much like leasing a car or having a cell phone payment plan with a carrier, excluding the service.

Hence, it’s way beyond a mere payment plan and holds utmost significance. The latest-leaks indicate that we could witness the official announcement of the all-new iPhone Subscription Service at the September-7 event itself, to the utter delight of the Apple aficionados.

The much-awaited Apple event 2022 kicks off today, September 7, 2022, right at 10:00 am. You can catch the star-studded ceremony live from the Cupertino-based tech-giant’s official website. If you are in the UK, then stream it from 6pm.

Incidentally, last time too, during Apple’s WWDC event in June, 2022, the company arranged livestream for Apple maniacs, tech-geeks and customers in general, around the world.

Though all eyes are fixed on the upcoming September 7-event, there’s so much in store so far as Apple’s next event is concerned. According to several reports, the next Apple event could take place as early as in October.

Experts anticipate that in the October-event, which would be a follow-up to the ‘Far Out’ event, that’s happening on September 7, 2022, there could be some serious announcements around iPads and iMacs. For quite long, we are predicting a host of major upgrades for these high-end flagship devices and this time we could see them finally turn into reality.