Cut the cord with the new TiVo BOLT OTA

TiVo Corp., a pioneer in entertainment technology has rolled out TiVo BOLT OTA for an antenna. It is a new over-the-air (OTA) set-top box integrated with a 4K Ultra High Definition (UHD) capacity and offering high-end Live TV viewing experience.

The rise of OTA devices in the market pushed TiVo to come up with a solution that seamlessly blends attributes of Live TV, online channel streaming and digital video recording. With the introduction of BOLT OTA, the company is replacing the Roamio OTA box.

“TiVo BOLT OTA is the perfect solution for a broad range of TV enthusiasts, including those considering cutting their cable TV subscription or those who might have cut the cord but are missing some programs that are only available via live TV,” said Ted Malone, Vice President of Consumer Products and Services at TiVo. 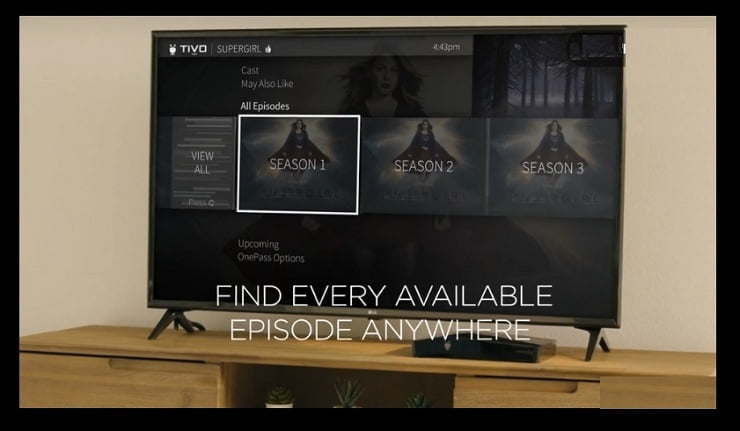 TiVo BOLT OTA connects to any television or HD antenna, facilitating audience to freely record and watch their favorite live shows, local and national news, sports and other entertainment.

Though there is no 4K OTA content available yet, BOLT OTA streams apps like Amazon Prime Video, Netflix, and Hulu in 4K HDR mode and, that too, without changing output mode or even remote.

The BOLT OTA device includes 4 separate tuners for recording four shows at one time. It is available in two storage capacities – 512GB and 1TB. The latter-sized model can store up to 150 hours of HD programming.

Speaking of the software on TiVo’s latest OTA set-top box, it is same as found on TiVo BOLT VOX.

TiVo BOLT OTA ships with Amazon Alexa integrated VOX Remote to search, switch or record programs across collection through the press of a button and voice command.

What’s more, the viewers can use time-saving features such as SkipMode to pass over the entire advertisement slot on recorded shows or OneSearch to quickly find programs across live, recorded and streaming apps.

With free TiVo app, the viewers can view or download their favorite content on mobiles anytime and schedule recordings from anywhere.

A week before Amazon launched an array of Alexa integrated products, out of which one was Amazon FireTV Recast. It is the e-commerce giant’s own OTA DVR for cord-cutters, exclusive of any subscription fee. It is slated to arrive in the market on November 14, 2018.

The 500GB Recast box which is available for $229 comes with two tuners and store up to 75GB of HD recordings.

Featuring similar specifications as TiVO BOLT OTA, Amazon will also sell 1GB FireTV Recast worth $279.99 which is equipped with 4-tuners and saves up to 150 hours of HD programming.

However, there is a fundamental difference between TiVO’s and Amazon’s cord-cutter products. The Amazon Fire TV Recast doesn’t connect directly to the television sets. In fact, it should be linked with TVs through FireTV stick or box or TV with inbuilt FireTV software.

Amazon Alexa Says ‘Voice Shopping’ Has Got Almost No Market