Astronomers find it challenging to comprehend and research space even after SpaceX launched the dimmer variants of its internet-broadcasting Starlink satellites. According to the astronomers, the satellites are bright enough to interfere with their research process and is blocking their view and preventing them from conducting thorough research of the distant stars and galaxies.

The report was stated by research led by National Astronomical Observatory of Japan astronomer Takashi Horiuchi. He stated that though SpaceX’s efforts to dim the Starlink constellation satellites have made a difference, it didn’t bring much improvement to eradicate the high brightness level. Thereby this brings SpaceX’s technological missions against the way of academics studies of the cosmos. 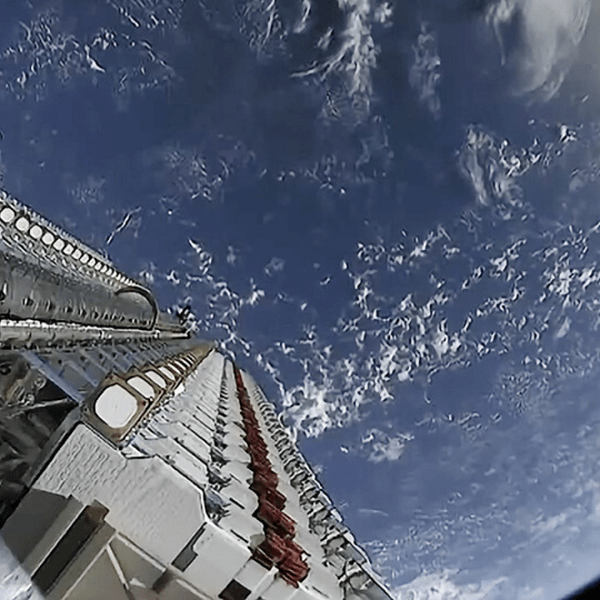 The newer satellites that SpaceX launched have darker paints and are termed DarkSats. These satellites are half as bright compared to the original ones. Though the brightness problem is dim in the visible spectrum of light, it exists in different wavelengths. “The darkened paint of the DarkSat device certainly minimizes reflection of sunlight to half in comparison to the ordinary Starlink satellites. However, the negative impact of the constellation on astronomical observations is still there,” Horiuchi stated. Additionally, the dark paint significantly increased the temperature, making the satellites appear brighter when analyzed through infrared observations.

As the dark paint on the satellites replaced one issue with another, astronomer Takashi Horiuchi suggested that it would be beneficial to raise the DarkSats satellites of Starlink to a higher altitude rather than giving them a new coating. This would then reduce the impact on the observation by astronomers. “A dark sky filled with sparkling beautiful stars and nebulae is a treasure for every person on Earth. Astronomers should communicate with the public to keep the shared treasure,” Horiuchi stated.

SpaceX launched the initial 60 small satellites in the planned 12,000-satellite Starlink constellation earlier in 2019. Starlink launched these satellites to enable collaboration with ground-based receivers and establish a global broadband network. The satellites aim to make the Internet accessible for all around the world. However, low Earth Starlink orbit satellites started to appear as streaks in astronomical images clicked from Earth-based telescopes by astronomers. The astronomers’ concern further heightened when the newly launched satellites seemed brighter than 99% of the total artificial objects in space that can be detected by the naked eye.

As a response to the concern, Starlink launched the third round of 60 satellites in January 2020, with some of them having a distinctive anti-reflective dark coating. The astronomers compared both the satellites only to find out that the brightness of the newly launched devices is lesser than the former group; however, it not entirely adequate.

A Satellite with a Visor

The recent satellite launches by Starlink (in June and August 2020) comprise a third type of satellite. This new satellite named “Visorsat” has visors that mitigate the reflectivity value and are more effective than the earlier satellite sets. These are expected to be more effective than DarkSat. “We think we should proactively discuss with the astronomical community and proceed to take the necessary verifications when a similar situation arises again,” he stated.