Datally to come to the rescue of Excess Data Usage

Isn’t it annoying when your mobile data gets exhausted because an app is sucking all your data without your knowledge. Data packs are the most prized possession on your phone because more than half of our apps require us to make use of the net. But, what if we tell you that you no longer have to worry about apps stealing your additional data? Google has heard our pleas and built a new app, Datally that studies and draws our attention to other apps working in the background making use of the data.

Basically, the Datally app provides you the information on the consumption of bandwidth. The app helps you realize which apps use most of the data. It will also show you the time during which most of your data gets used up. The app suggests ways in which one could cut down data usage. It will provide a list of Wi-Fi networks in the vicinity that you can connect to. 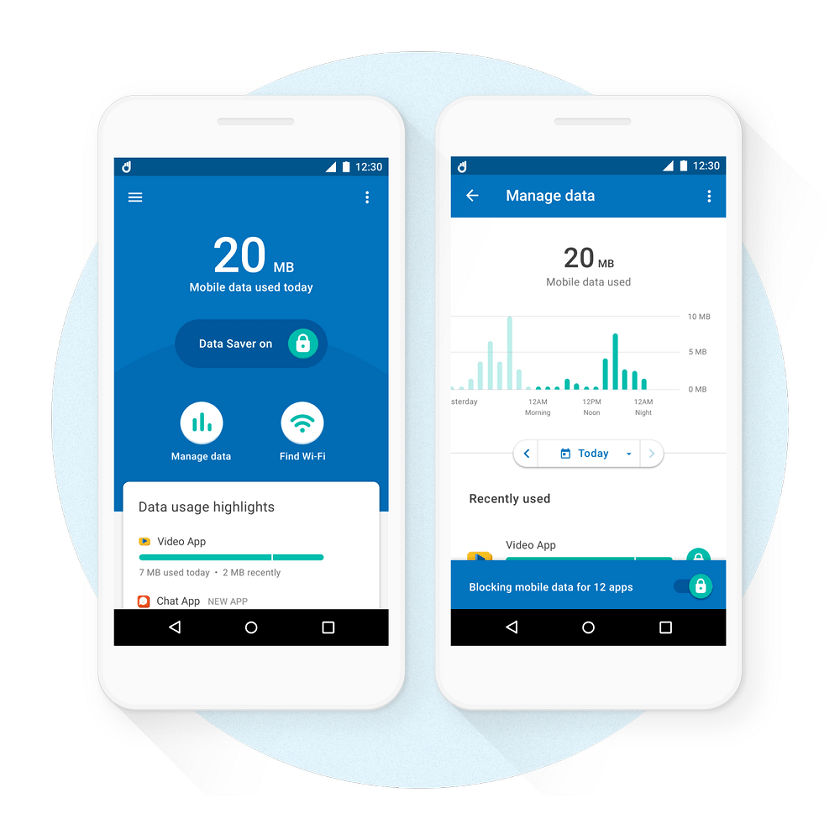 The Datally app provides you the information on the consumption of bandwidth.

The app incorporates a big button on the top to stop data being used up in the background.  The app will only allow the data to be used by another app that is active onscreen. You will also be notified through a chat-head style bubble which will pop up and inform you about the data usage from your current app. Datally also lets control the data usage on an app if you don’t want it to block a particular apps from making use of background data.

The best part about the app – which was never available in Android settings – is its ability to block an app from using the data. The detailed statistics helps users realise how much data was used in the previous sessions.

The app has already been tested in Philippines where it has managed to get around half a million users. The company stated that people who have been using their app have managed to save around 30% of their data. The app is a part of Google’s Next Billion Users initiative. The initiative’s main focus is on making Google products more user-friendly in countries that don’t have much high-end hardware. The app takes 6MB space in your phone but instead, helps save quite a few GBs of data till the end of the month.

The product manager, Josh Woodward mentioned how he observed people going to great lengths to preserve their data. He also touched upon how people in Delhi, Buenos Aires and Lagos keep their handsets on airplane mode to prevent the data from being used up.

Datally entry into the market has come at the right time. The app is sure to get over a million users. A data saved is a data earned. The app is going to be the best way to fight the excess data usage issues.