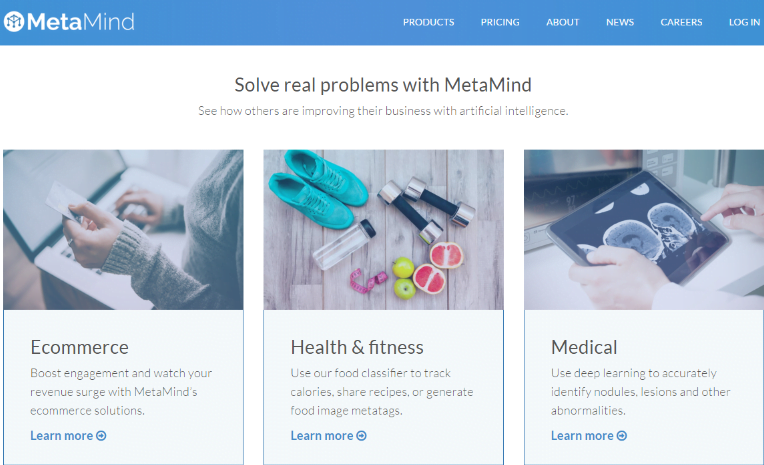 We’ve already seen a glimpse of the future of artificial intelligence in self-driving cars. Now imagine that for some damaged property-related matter you are exchanging emails with AI representing an insurance company. That’s the coup d’œil of applying deep-learning to solve a range of business problems.

Palo Alto, Calif. based startup called MetaMind promises to help enterprises use deep-learning for image, text, and data analysis tasks. This approach will enable computers to recognize faces in an image or the text of the speech with eerily human accuracy.

The company was co-founded by Richard Socher, a frequently published machine-learning expert, and Sven Strohband, who with his technical diligence leads a small team of other data scientists.

So far, the deep-learning startup, which was founded in 2014, has raised $8 million from Marc Benioff (Chief Executive, Salesforce) and Vinod Khosla (Venture Capitalist, Khosla Ventures). They receive mentorship from Natural language processing expert Chris Manning of Stanford and Yoshua Bengio of the University of Montreal.

Today, computers are gaining excellence at identifying objects in images or converting human-uttered sounds in natural language. However, one field of AI where we have faltered is giving computers the ability is to reason like humans.

To overcome this barrier, the AI startup has developed several smart modules (tools) for computer vision, including image, localization and segmentation, and language. One of the modules can automatically generate detailed captions for images by merging language and vision. When you type in phrases such as “birds on water” or “horse with a bald man,” you get images fitting those descriptions. 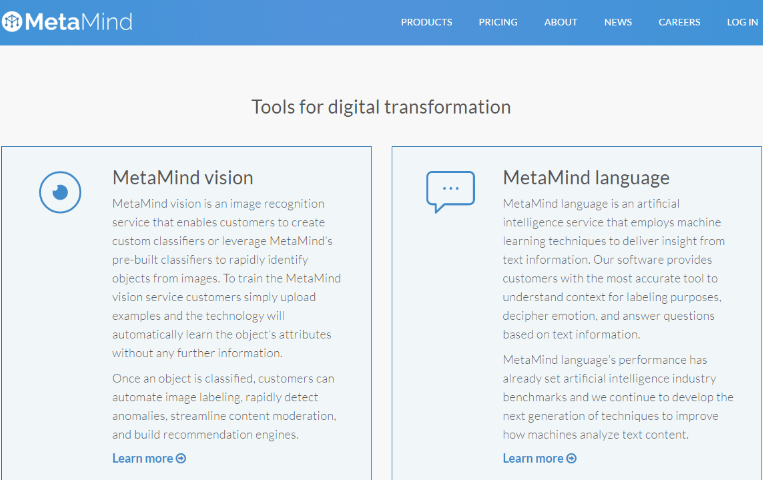 MetaMind’s accuracy in vision and language tasks is comparable to previous programs that have won competitions in those fields. You can check out these comparisons on the company’s website.

MetaMind is also working on creating modules using software approaches such as “deep neural nets” for reasoning over vast sets of data. Demo versions of many of these features are available on the company’s website, including a few ‘drag-and-drop deep learning’ features that let users import their own images or text and train their own classifiers.

Recently, the deep-learning startup published a paper describing advances its researchers have made in creating software with human-level intelligence capable of answering questions about the contents of both contextual documents and digital images.

“Other groups have previously made progress on discrete problems, but generalized systems that approach human levels of understanding and reasoning have not been developed,” it reads.

MetaMind is one of the torrents of Silicon Valley deep-learning startups, including Clarifai (a cloud service for image recognition) and AlchemyAPI (computer vision and natural language processing), in the field of artificial intelligence. These technologies could someday be used for commercial applications such as automated customer support.

Last year in April, MetaMind welcomed Ruslan Belkin, who has previously served at an executive level position at Twitter, LinkedIn, and Salesforce, as its new VP of engineering. Socher believes that Belkin can use those experiences in his new role as the deep learning startup accelerates new developments and induce widespread adoption of their artificial intelligence platform.