Destiny 2 Update : All the changes coming to Beyond Light

The game saw a multitude of minor changes, with no major upgrades to highly please gamers.

Destiny 2 in Beyond Light is bringing a series of changes to the game.  The popular game is introducing a handful of upgrades and new additions for players to enjoy.

There has been an increase in

Additionally, the Lightweight Hand Cannons are eliminated, and the exotic Hand Cannon stands at 150

The auto-aim feature of new low-zoom snipers has become ineffective, and high zoom snipers are upgraded.

The damage position of 600 Rate of Fire Auto Rifles or the Gnawing Hunger and Summoner became less effective and downgraded from 15.75 to 14.25.

There is a minor buff to aim assistance in the scout rifles for the gamers. 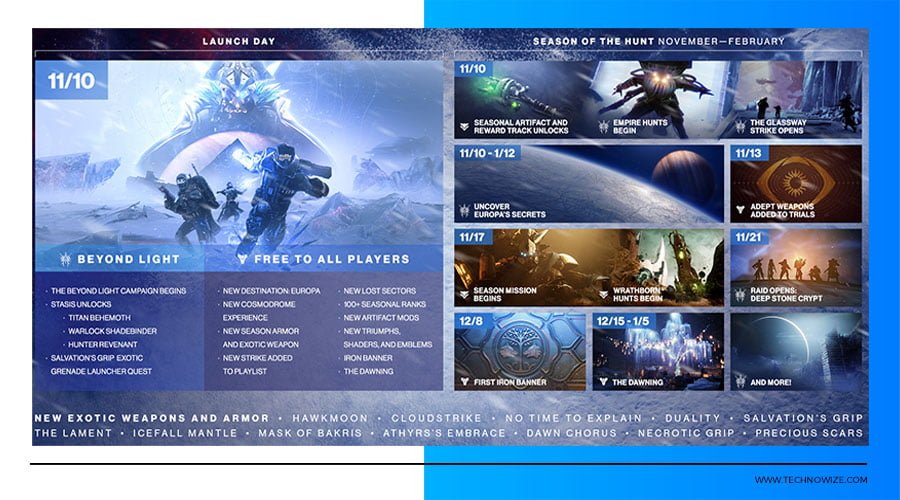 The reserves are upgraded by 1 or 2, depending on the inventory. There is no new addition to the damage buff feature.

The outlaw feature is upgraded from +50 to +70 on reload.

The inventory is upgraded from 36 to 55.

This feature is downgraded, and the splash damage feature has been reduced by 33% and combined with an impact damage reduction. This brings the overall damage down to 5%. The projectile velocity is reduced from 1.4 to 1.2, making users easy to dodge down, and the in-air accuracy is also reduced.

The massive attack damage feature has been downgraded by 24% to make the swords more viable.

The aerial slam feature has been downgraded by 25%, and the drain effect is also “significantly” reduced on the enemy front.

This feature no longer multi-pierce shields, though it is still far better against shields. There is no downgrade to the Aim Assist feature.

In this feature, Destiny fixed a bug that made the perk not trigger.

The majority of the game changes are reductions or minor buffs, which is nothing major of that sort. The only significant changes that it gets are the upgrades in hand cannons. Though there might be more changes on the way, these minor changes were not what users might have loved.