The Ancient Gods, Part One, will be available for free for players who own the $30 Doom Eternal Year One Pass and the Digital Deluxe edition of Doom.

US video game publisher, Bethesda and id Software, announced that the first single-player campaign expansion for Doom Eternal is named The Ancient Gods Part One and will be launched on October 20. The announcement appeared during the Geoff Keighley’s Opening Night Live streaming event that was held at Gamescom 2020. The Ancient God’s version will focus on the imbalance of heaven’s power and how the hero, the Doom Slayer, fits into that imbalance and tackles it.

The studio highlighted a video of the gameplay where there were many bosses, including familiar enemies like Cyberdemon, the Marauder, and the Khan Maykr (who died in the last game). The Marauders are portrayed as the most challenging enemies, as the player needs to block them when they launch a counterattack in a split-second timing.  This will be an adventure and thrilling for the players to see. The new update is the first of a two-part story expansion for Doom Eternal game. The Ancient Gods, Part One, will be available for free for players who own the $30 Doom Eternal Year One Pass and the Digital Deluxe edition of Doom. This will be sold as a standalone expansion for $20. 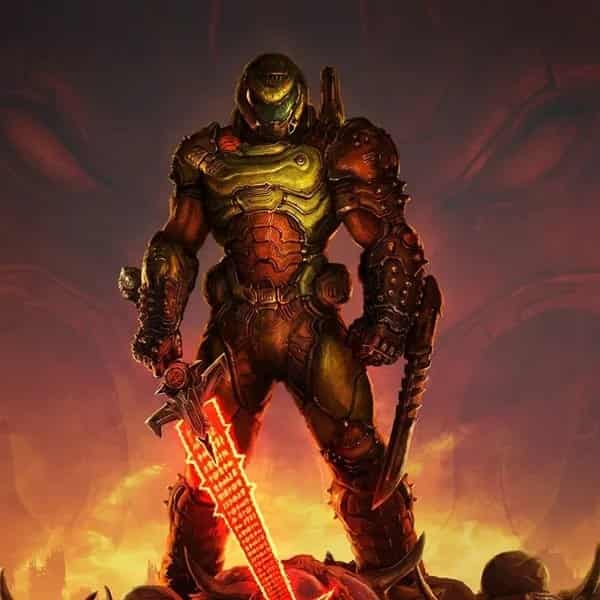 The Ancient Gods, Part One, will be available for free for players who own the $30 Doom Eternal Year One Pass and the Digital Deluxe edition of Doom.

Players must not own the Doom Eternal to purchase and play The Ancient Gods, Part One game. The Doom Eternal game will be available at PlayStation 5 and Xbox Series X as a free upgrade for current-gen owners when the new versions are available. As such, if a player owns it on PS4 or Xbox One, they won’t need to repurchase it to play it on the new consoles.

The Doom Eternal game is getting two DLC expansions in the next year. Though there is no official launch date, Bethesda did share concept art. There is a high possibility that players will see more of QuakeCon at Home, which begins on August 7. In terms of future launches, Bethesda Softworks’ has its next upcoming games like the Arkane Studios’ Deathloop and Tango Gameworks’ Ghostwire: Tokyo. These are timed console that are exclusively available on PS5. Death loop is all set to release in Holiday 2020, while the Ghostwire: Tokyo game would be launched sometime in 2021.

Doom Eternal is a first-person easy shooter video game developed by id Software and launched by Bethesda Softworks. The Doom game’s sequel is the fifth main game in the Doom series, the game was released on March 20, 2020, for Windows, PlayStation 4, Stadia and Xbox One. The versions of the game for Nintendo Switch, PlayStation 5 and Xbox Series X were planned. The game received highly positive reviews, and the campaign was also much praised for the graphics, level design, soundtrack, and combat mechanics. The game is set sometime post the events of the 2016 game. The game story follows the Doom Slayer once again and is on a mission to end Hell’s Earth consumption and disrupt the alien Maykrs’ plans to eliminate humanity.